In a lifetime that almost spanned the twentieth century, Amy Emms made quilts for nearly eighty years.  That is a rare and astonishing statistic, but her quilting lifetime should be measure not only in years, but also in the cultural shifts that is spanned.  What began within an oral, largely insular regional tradition, little known beyond the confines of northeast England, has ended with an assured place for a much-loved figure within the world of quilting.

Amy Emms described herself as a Durham quilter: She made whole cloth quilts using the pattern library and characteristic pattern set that came to be known as “Durham quilting.´ This particular style grew, withing the County of Durham, , out of the broader tradition of quiltmaking in northern England in the nineteenth and early twentieth centuries, a tradition characterized by the quality of the quilted surface stitchery rather than intricate piecing or applique.  Mrs. Emms, as she was affectionately known, reflecting the old world courtesies of her generation and place, became the supreme practitioner of the craft in the second half of the twentieth century.  Her whole cloth quilts, in satin and occasionally silk, with their characteristic centers of “scissors” patterns.  “Durham feathers” and “feather twist” borders forming the pattern set that can be regarded as her signature, are now prized pieces in public and private collections.  If the pattern library seems limited, the symmetrical arrangements and swirling feathers are testimony to a quilt designer of skill, experience, and confidence who recognized at a young age that she had a particular talent.  “We all have a gift of some kind, and mine is quilting,” she said.

Amy Emms (nee Harrison) was born in 1904 to a mother widowed just before her birth.  Like many women in northeast England at that time who found themselves in difficult circumstances, Amy’s mother drew upon her skills to increase family income by making quilts for local customers, who paid a small sum on a weekly basis.  Many of the whole clothe and “strippy” (Bars) quilts used throughout northeast England in the early years of the twentieth century were produced in just this way.  So young Amy grew up in a household where quilting was an everyday activity and quilting frames an ever-present feature: “Frames were like furniture in our house.” At seven years of age, she began threading needles; by fourteen she was helping her mother to quilt: “I loved it, for while we both sat quilting, Mother would tell me about her early life and how they quilted at night because there was no entertainment.”

Once she left school, Amy’s life follow the conventional route of office job and eventual marriage at the age of twenty to Albert Emms, a glassmaker.  They set up home with her mother in the house just outside Sunderland, so the mother-and-daughter quiltmaking activities continued despite Amy’s motherhood and the onset of World War II.  But the war years were not king to Amy; her husband had to leave home and join the forces, her mother dies in 1940, her eldest child, George, was evacuated, and the family home was destroyed in 1943 by a land mine.

It was in the war years, however, that Amy joined the British Legion, an important step, for the legion encouraged fund-raising and community activities.  Soon Amy was leading a quilting group.  Annual exhibitions in Sunderland followed, with numerous prizes for quilts and cushions.   This led to further evening class teaching, which continued right through the 1950’s-aperiod when quiltmaking of any kind reached a low point in Britain as a whole. It can truly be said that the tradition of Durham quilting was kept alive by Amy Emms and a handful of other quilters in those years.

The evening classes established just after the war continued until 1967, when Amy’s husband retired and they left Sunderland to live in a cottage in the country-in the Weardale village of St John’s Chapel, in the heart of a region with a strong quiltmaking tradition.

For Amy, encouragement to teach and show her work now came from the Women’s institute and from the North of England Open Air Museum (now renamed Beamish Museum) established in the 1970’s.  When the revival of quilting in Britain, from the 1970s onward, began as a follow-up to the American revival, it was not long before Amy came to the fore as an established quilter brought up within the oral tradition of a distinctive regional style of quilting and destined to be the last from that lineage.

Her quilting skill and pattern drafting within this tradition were much admired when her work was given a wider platform through exhibitions arranged and promoted by such organizations as the British Crafts Council and the newly established Quilters’ Guild of the British Isles in the early 1980s.  And it was not only her quilts that were admired-er pen was praised too.  Amy became a regular and popular contributor to the letters page of the Quilters’ Guild magazine, her prose revealing the endearing personality that subsequently captivated audiences at the many quilt shows and exhibitions she was later to attend.

In the late 1970s, Amy Emms began teaching in the Shipley Art Gallery in Gateshead.  This particular gallery was establishing its reputation as a leading craft gallery, encouraging both contemporary and traditional crafts.  Here, she encountered a new audience of dedicated quilters, eager for knowledge and skill, but also questioning traditional methods.  Rising to the challenge, she embraced the new book-learning approach and wrote Amy Emms’ Story of Durham Quilting, published in 1990 when she was eighty-six years of age.  It fulfilled a long-held ambition.

Amy Emms also received a singular honor, of which she was extremely proud.  In 1984, she was appointed a Member of the British Empire (M.B.E) by Queen Elizabeth for her “services to quilting.”  It was a fitting award for someone who had become a legend in Britain in her lifetime.  She was inducted into the Quilters Hall of Fame in 1992.

In a letter published in the spring 1984 issue of the newsletter of the Quilters’ Guild of the British Isles, she expressed her devotion to her art: “I have been thinking of retiring from quilting being as I am reaching a good age, but they want me to continue a bit longer. But as for quilting at home or giving any information about it, I shall never give that up.  As I tell people it is in the blood, and it is the quilting that keeps me young and keeps me going”

Amy never stopped making quilts or educating others about quilting. In 1998, just a month before her death at the age of ninety-four, she spoke to a group at a quilt show, winning over her audience, as ever, with her humor, dignity, knowledge, and skill.

“Now all you need for quilting is plenty of time; take things easy, kind of relax, sit comfortably and no worrying or else you will make a big stitch or maybe prick your finger until it bleeds.  Of course you are not a ‘Quilter’ until you have some sore fingers and especially a sore thumb.’ 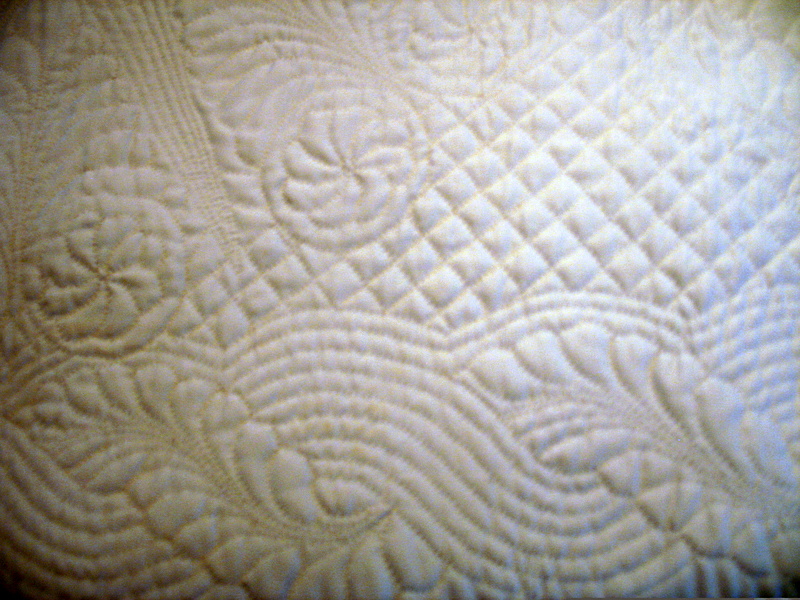 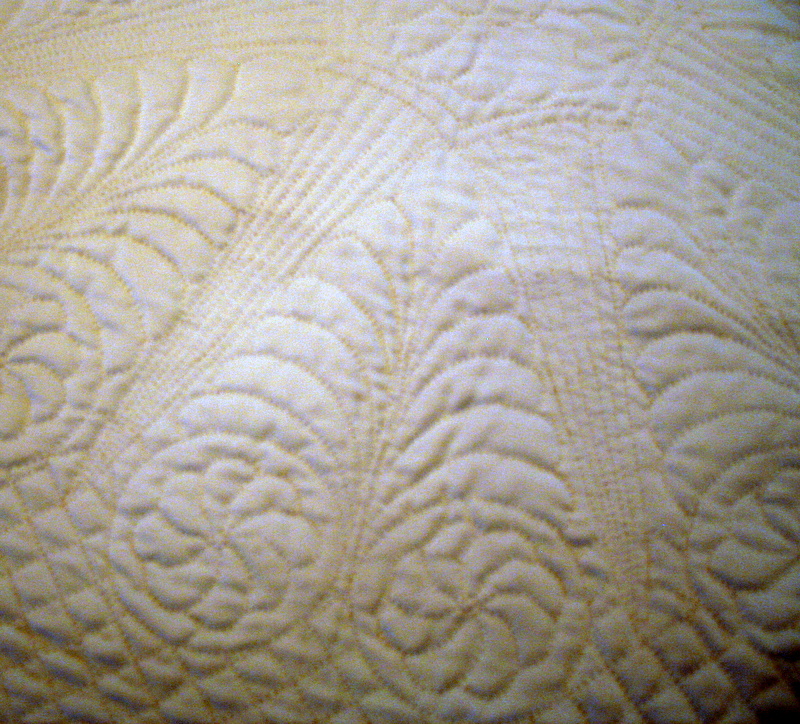 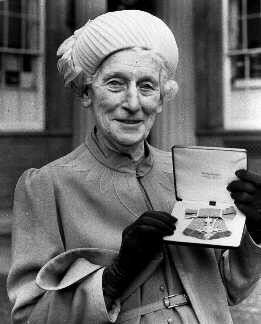