Carrie Alma Hall often declared, to anyone who would listen, that she was born with a needle in her hand, and thanks to the path of that needle in the hand of this independent pioneer woman, we have a rich record of America's early quilt heritage.

For Carrie Hall, the tread of life began in Caledonia, Wisconsin, on December 9, 1866. Her father, Dwight Hackett, an Illinois native having served in the Civil War, married her mother immediately after mustering out of the Union Army. Carrie's earliest memories of her father were tales he told of Abraham Lincoln's education and leadership, fostering in her a lifelong interest in all things Lincoln. Her intense desire for knowledge, love of books, and discriminating taste in fashion she attributed to her mother.

When Carrie was seven, her father was smitten with western fever and moved the family to a harsh pioneer existence on a 160-acre homestead in Smith County, Kansas. Through the grasshopper infestation and the destruction of their first crop and many other hardships, this spirited family remained tenacious. "We braved it all," Carrie would write later, "and lived to be proud of Kansas."

Despite the family's poverty, quilts and books were necessary luxuries in their prairie home, where Carrie became an avid reader. Her mother often had to tell her to put down her book and help with the household chores.

Carrie's skill as a needleworker also developed early. At seven, under the watchful eye of her mother, she pieced a Le Moyne Star quilt that proved to be a masterpiece, raising her status in the neighborhood. In 1881, it won first prize at the county fair. At ten she won a subscription to Godey's Lady's Book, the fashion bible of the time, as a reward for her excellent needlework.

In spite of her lack of a high school or college education, her thirst for knowledge qualified her to teach school and to become a county school superintendent for a time. In 1889, at age twenty-three, she moved to Leavenworth, Kansas, a thriving river port, railroad hub, and site of an important Army post. There she launched her career as a dressmaker at a time when the well-to-do entertained lavishly and dressed in fashions copied from New York and Paris. Catering to the tastes of local society, Carrie's dressmaking business prospered, and she employed many assistants. As a designer, Carrie chose styles from the latest Paris fashion magazines and used fabric imported from France. Examples of her gowns are available for study at the Leavenworth County Historical Museum.

During this time, Carrie married a young University of Kansas student named Patterson, who shortly after their marriage contracted tuberculosis and died. She remained a widow for several years, until 1906, when she married John Hall, a handsome young construction worker with the Missouri Valley Bridge Company. Maplehurst, where The Romance of the Patchwork Quilt in America was written was their Leavenworth home. There is no record of children from either marriage.

Know in the business world as "Madam Hall," Carrie became a prominent club woman, quilt authority, lecturer, collector and friend to many.

After World War I, following months of volunteer work knitting sweaters and socks for soldiers, she began making quilts. As the quilt revival grew in the 1920s, Carrie created sixteen quilts, including an original design she named Cross-Patch. Captivated by the plethora of beautiful patterns but realizing she could never make a quilt in each pattern, she conceived the idea of making a sample block of every known quilt pattern at the time. Little realizing the magnitude of this undertaking, she embarked on a project that grew and grew until she had created well over 800 blocks, along with dozens of scrapbooks filled with quilt-related clippings.

In the late 1920s, the availability of ready-made clothing caused her dressmaking business to decline. Carrie again saw the need to redirect her life and embarked on a new career as a quilt lecturer. Dressed in a colonial costume of red moiré trimmed with frilled net fichu and cuffs, she presented more than eighty quilt history lectures, illustrated with her extensive quilt block collection, to women's groups and at department stores. Enthusiastic friends and fans encouraged Carrie to compile this material into an illustrated book.

So, in 1935, Carrie Hall coauthored The Romance of the Patchwork Quilt in America with Rose Kretsinger. The book contained quilt history drawn from personal accounts, women's magazines, and the scrapbooks in Carrie's collection. The photographs of Carrie Hall's quilt blocks made it the first comprehensive index to quilt patterns, their names, and their history. The book has remained popular to this day, due to its well-organized illustrations of more than eight hundred numbered blocks in traditional and early twentieth-century designs.

Elevating pattern identification to a logical plane, the book continued the work of Ruth Finley's 1929 volume Old Patchwork Quilts and the Women Who Made Them. Several patterns in the book came from Marie Webster's Quilts: Their Story and How to Make Them, Carlie Sexton's Old Fashioned Quilts, antique quilts in the collection of the Thayer Museum of Art (now the Spencer Museum of Art) at the University of Kansas, and periodicals of the day.

Carrie Hall probably met appliqué artist and fellow Kansan Rose Kretsinger while on the lecture circuit and asked her to write the section of the book on "The Art of Quilting and Quilting Designs." In 1938, three years after the publication of their book, Carrie donated her block collection, research materials, scrapbooks, and a quilt she made in honor of the 200th anniversary of George Washington's birth to the Thayer Museum.

Carrie's enthusiastic collecting spirit spilled into other areas of her life as well. She amassed more than 3,000 books for her private library, which included Lincoln books and memorabilia, Theodore Roosevelt biographies, "Shakespeareana," and design and travel books. Her delightful second book, published in 1938, From Hoopskirts to Nudity, reviewed the fashion follies from 1866 to 1936, a world that Carrie Hall knew well.

World War II found Carrie making quilts for benevolent purposes as a Red Cross volunteer, but she also found herself dealing with serious legal and financial difficulties. A rumor persists that she absconded with money belonging to a club for which she served as treasurer.

Always resourceful, however, she quietly moved to North Platte, Nebraska, in 1941, where at the age of seventy-five she began to manufacture and sell playtime and character dolls of historical figures. She prided herself on the detail and craftsmanship of these dolls. With abundant sales, as well as loans and moral support from friends- including Emma Andres, her longtime Arizona correspondent, and Quilters Hall of Fame honorees Florence Peto, Grace Snyder, and Bertha Stenge- Carrie's talent and courage again enabled her to become financially stable.

In January 1955, she machine-pieced a Delectable Mountains quilt top for a special friend and a Nine Patch for a new baby. These would be Carrie's last quilts. At the age of eighty-eight, on July 8, 1955, her needle was stilled forever.

Carrie Alma Hall was inducted into The Quilters Hall of Fame at the Continental Quilting Congress in Arlington, Virginia on October 5, 1985, for her significant contributions to the quilting world through collecting, lecturing, quiltmaking, and writing.

She would have been amazed that in 1998, her George Washington Bicentennial Quilt and part of her collection of quilt blocks were exhibited in Japan, with quilts made by honorees Rose Kretsinger and Marie Webster, in the American Quilt Renaissance exhibit.

Your patches tell a wondrous story

Of treasured scraps and handicraft;

Of love and home, and dreams come true."

The Romance of the Patchwork Quilt 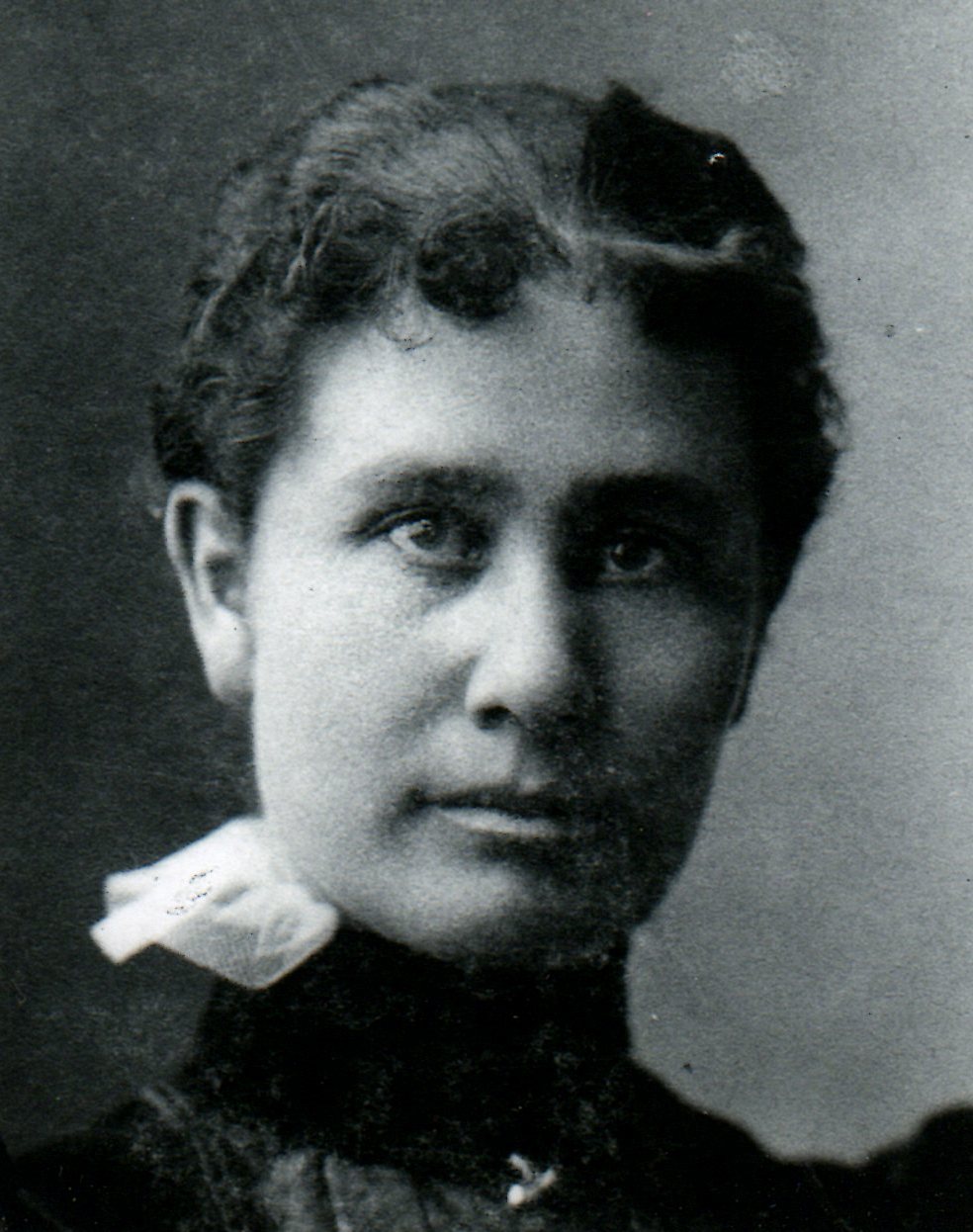 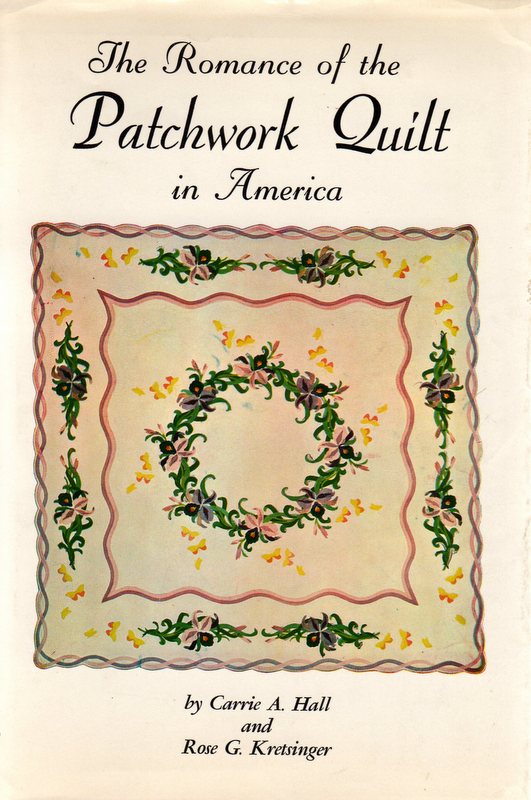 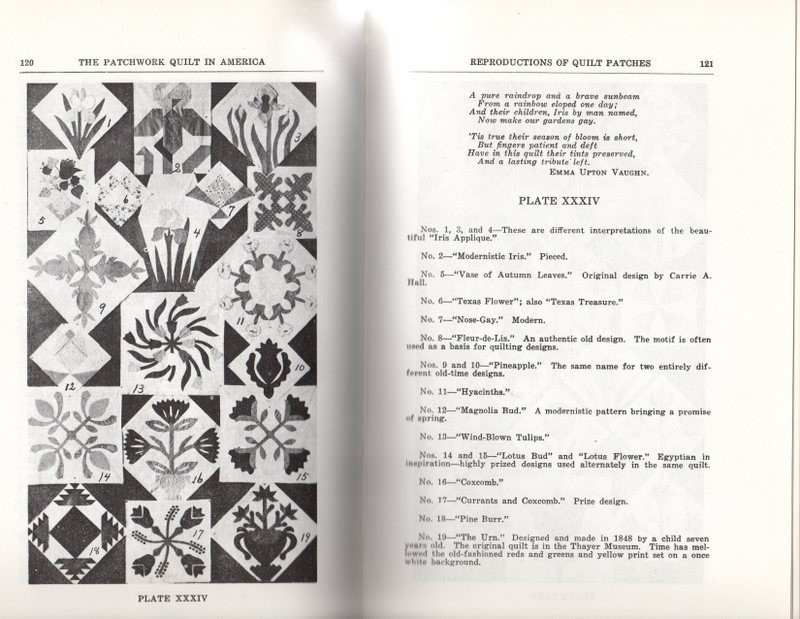 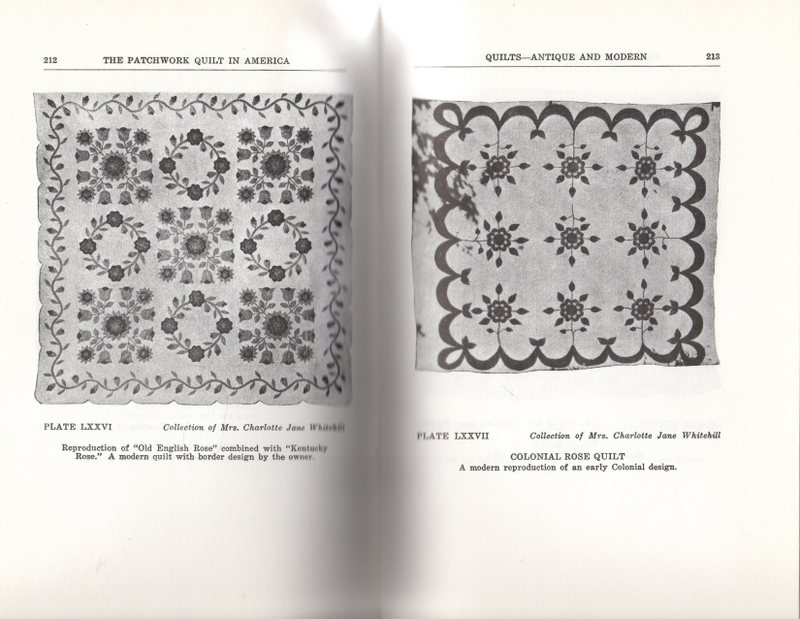 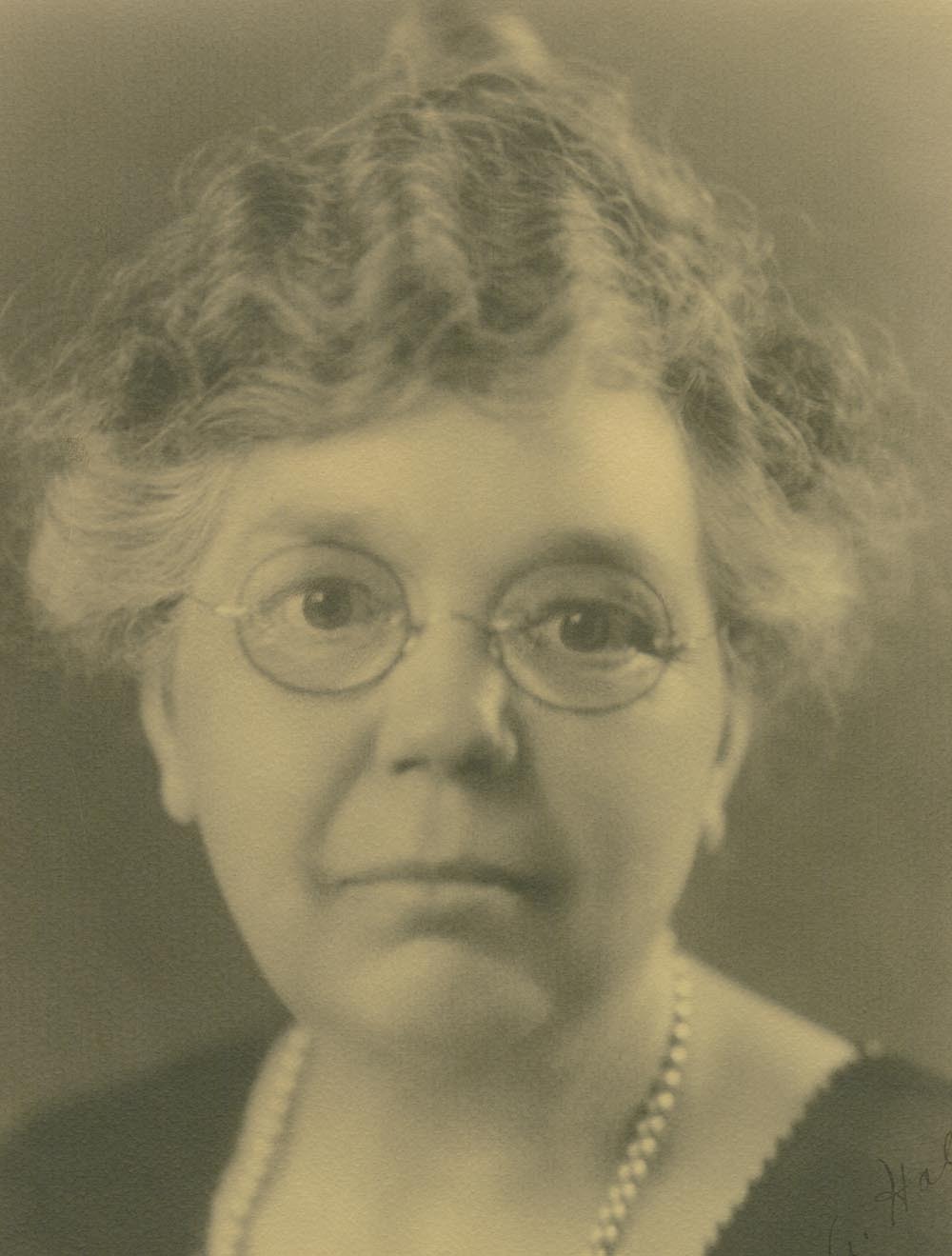 Portraits courtesy of the