You’ve always known Mary Gasperik.  She’s the grandmother who gave you a love of quilting.  She’s the guild member who is always trying new things. She’s you when you do your best work.  She’s an ordinary person who made extraordinary quilts; someone who is representative of her era while still being very much herself.

Mary Gasperik didn’t start quilting until she was in her 40s, but she learned needlecraft in Hungary at an early age. Her grandparents, Joan (John) Jascho and Elizabetha Adamovits were a master tailor and a seamstress and as a young girl, Mary sewed to supplement the family’s income. She comes from a national tradition of stunning and colorful embroidery, and her heritage is evident in her quilts.

Born in 1888, Maria Mihalovits, known as Mariska, grew up in the small town of Csanádalberti which is southeast of Budapest. Financial hardships caused the family to re-locate to the mountain homeplace of her mother’s family, and later to emigrate to the United States.  Mary and her sister Elizabeth came to Chicago, Illinois, in 1904-5, having been sponsored by their older married sister.  Eventually, all of Mary’s siblings and her mother would make the move.

It’s hard to imagine how difficult the immigration would have been for a sixteen-year-old, but Mary found her place in the thriving Hungarian community on Chicago’s South side.   She married fellow-immigrant Stephen Gasperik, and they had two sons, Steve and Elmer, and a daughter, Elsie. Stephen started as a dairyman but worked his way into ownership of a small grocery and butcher shop.  The business was successful enough that Mary could spend time quilting rather than working in what would typically have been a mom-and- pop operation, and she enjoyed being able to afford quality quilting materials even during the Depression years.

Mary probably got her introduction to quilts at the 1933 Chicago World’s Fair, a/k/a Century of Progress Exposition, where the winners of the Sears National Quilt Contest were displayed. Her early quilts all have “Century of Progress” embroidered on the back, even though they were not entered in the contest; Mary's command of English was limited and she may have misunderstood the significance of the phrase, but she soon discontinued the practice. At some point Mary joined a quilting group at the nearby Tuley Park. In the early 1930s, the Chicago Park District sponsored many recreational activities, from leatherworking to puppet making, but the quilting programs were among the most successful of their offerings. The Tuley Park Quilters met twice weekly, and were major contributors to Alice Beyer’s how-to book, Quilting. Several of the block designs in that book can be seen in Mary Gasperik’s quilts. Mary exhibited many of her quilts at Tuley Park exhibition shows.

In addition to being active in her local quilting group, Mary was a regular participant in the events of the Detroit News Quilt Corner, a 1930’s version of an online quilt guild in newspaper column format. The story goes that Mary learned of this group when she found a discarded copy of the newspaper at a 1935 World Series game between her beloved Chicago Cubs and the Detroit Tigers. Over the years, Mary would enter the newspaper-sponsored shows, traveling to Detroit by bus to collect her many ribbons. She was mentioned repeatedly by columnist Edith Crumb, notably for her winnings, but also for her active, albeit long-distance, participation: Mary contributed a block design based on her now-famous “Hungarian Girls” quilt, shared the design of her “Star Arcturus” with a Michigan club member, and was part (maybe the instigating part) of the growing “Chicago contingent” of quilters.

As a typical quilter of the 1930s and 40s, Mary got many of her quilt designs from newspapers and other publications, or she started with a kit.  One thing that makes her unique is that she let her creativity take her beyond the basics.  She would adapt an image from a child’s coloring book or a classic quilt history book, take what was intended as a quilting stitch motif and use it as a pattern for an appliqué piece-or vice versa-, incorporate Hungarian symbols or styles into her work, and experiment with color, quilt stitch and motif variations. She let her sense of humor come through when she used her own “Star Arcturus” as one of the items being worked on in “Colonial Quilting Bee” and she captured the spirit of the Great Depression in her “Road to Recovery”. Of course, her workmanship was always of the highest quality, and the amount and variety of her quilting is another thing that makes her stand out.

That quality was acknowledged in the many ribbons she won for her quilts.  Besides taking home annual honors in the Detroit News shows, Mary entered (and won at) State Fair competitions in Illinois and Indiana. Her known ribbon count stands at 66! She tried for a place at the 1939 New York World’s Fair, but because of her limited command of English, she entered a quilt in the wrong category, and was disqualified. That quilt, “Road to Recovery”, is now recognized as one of her masterpieces.

Competition wasn’t the only significant part of Mary’s quilting; family was also a big factor in her work. She made wedding quilts, numerous child’s quilts, and an entire series of “boys” quilts with Indians (one of which was sent to a relative in Hungary). Several of her plainer quilts were clearly made for family use, not show, but they still display Mary’s superb workmanship. And she put her needle skills to use in making and embellishing clothing for her grandchildren—sometimes with matching motifs for her own dresses.

Those family values have allowed Mary’s legacy to continue. Almost all the Gasperik quilts remain with her direct descendants. Thanks to the efforts of her granddaughters, Mary Gasperik has become more of a public persona than she was in her own lifetime. Susan Salser, painstakingly read every Detroit News Quilting Corner column to learn about Mary, and has scoured the internet looking for possible sources of Mary’s inspiration; Linda MacLachlan, arranged for “Colonial Quilting Bee” to be displayed for a year at the Smithsonian; the whole family, spearheaded by Karen Finn, contributed to mounting a California show of Gasperik quilts in 1992; Joanne Gasperik and Kathy Jacob generously lent their quilts for study by three different groups. Some of Mary’s descendants have become quilters and fiber artists in their own right. Everything has been researched and recorded on the Quilt Index; as its first private collection, the Gasperik Collection became a model for the many other artist stories that can be found on the Index.

Mary Gasperik’s story-her quilts, her place in the community, her posthumous internet presence-- is truly a wonderful contribution to the world of quilting! 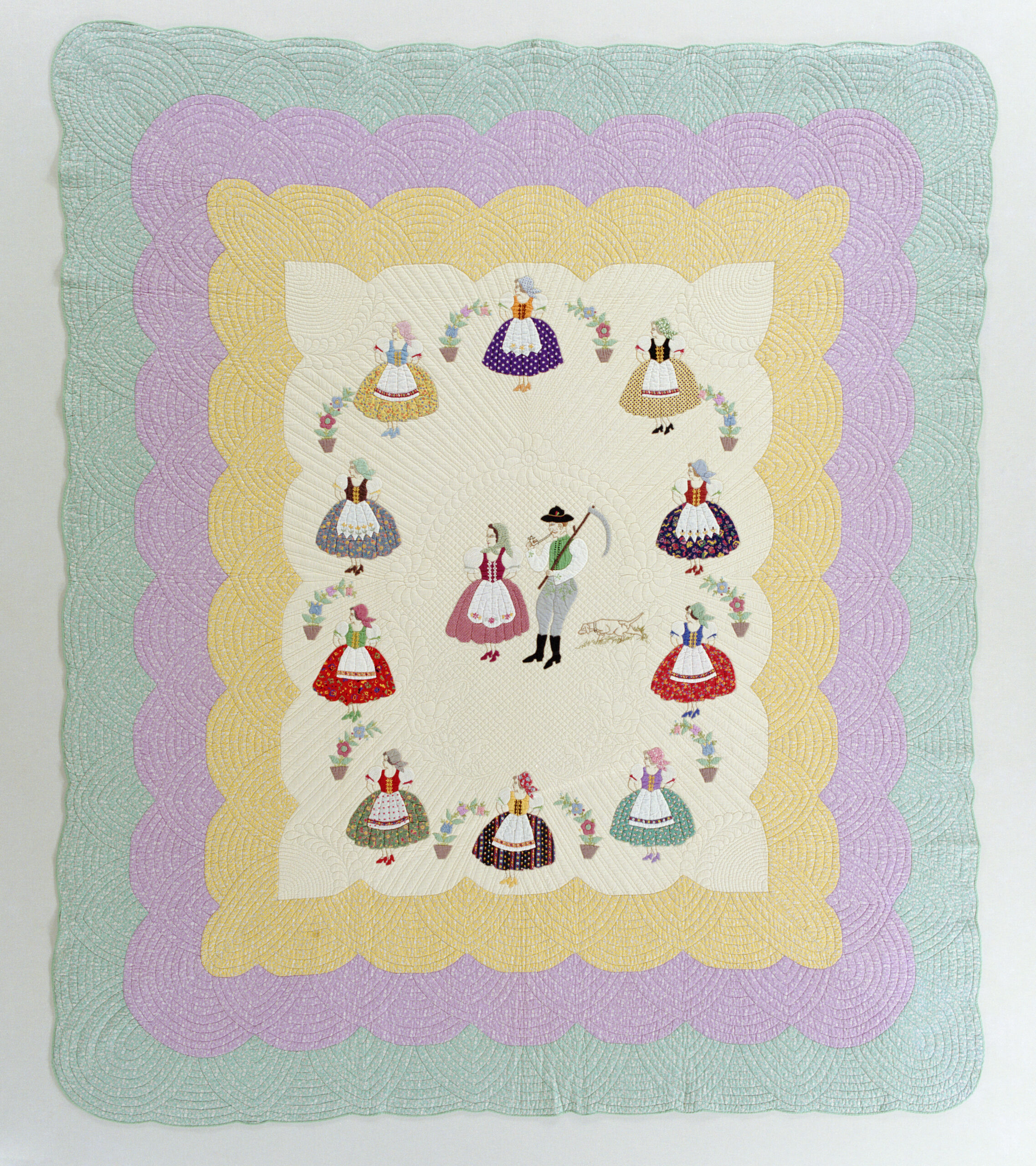 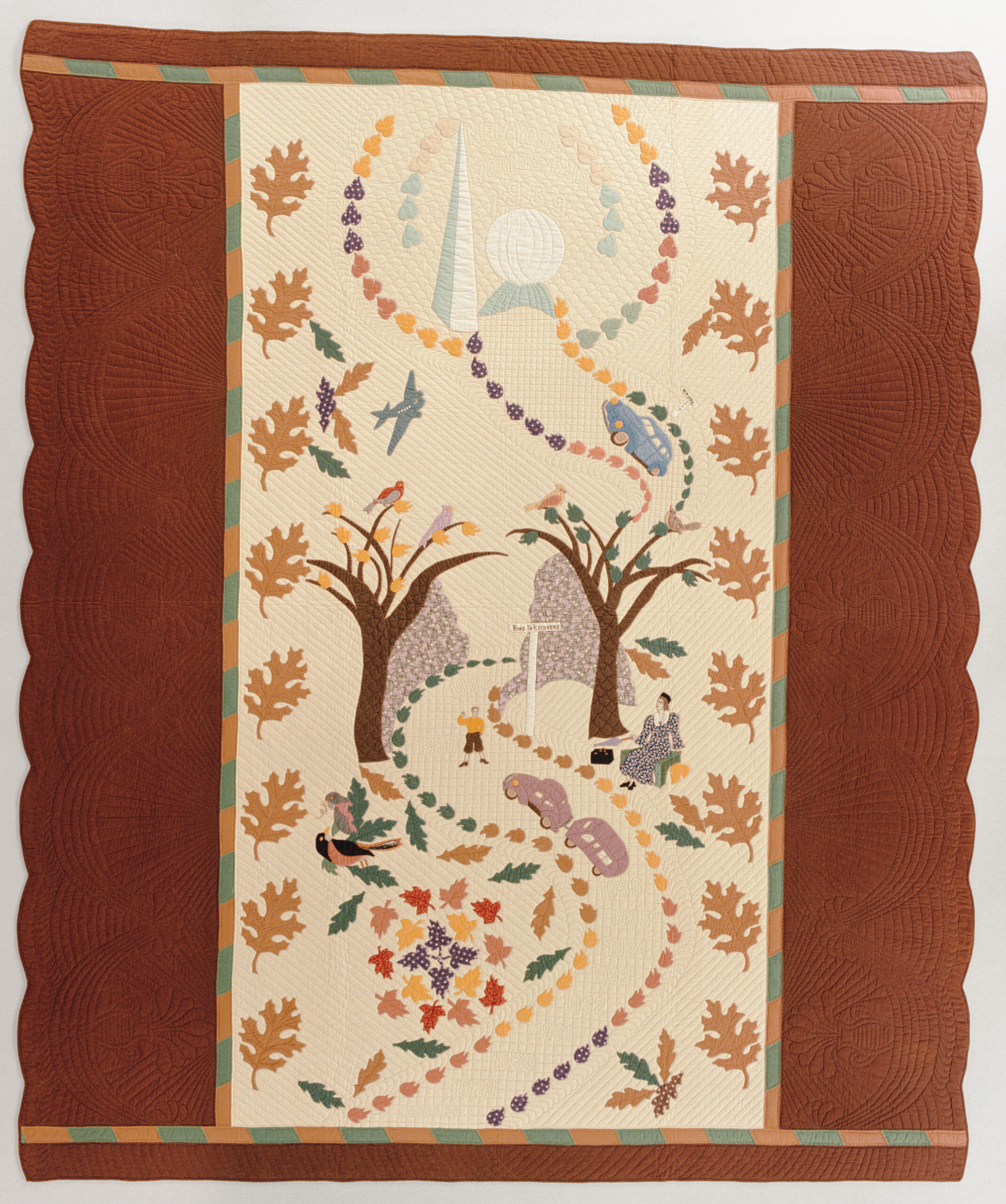 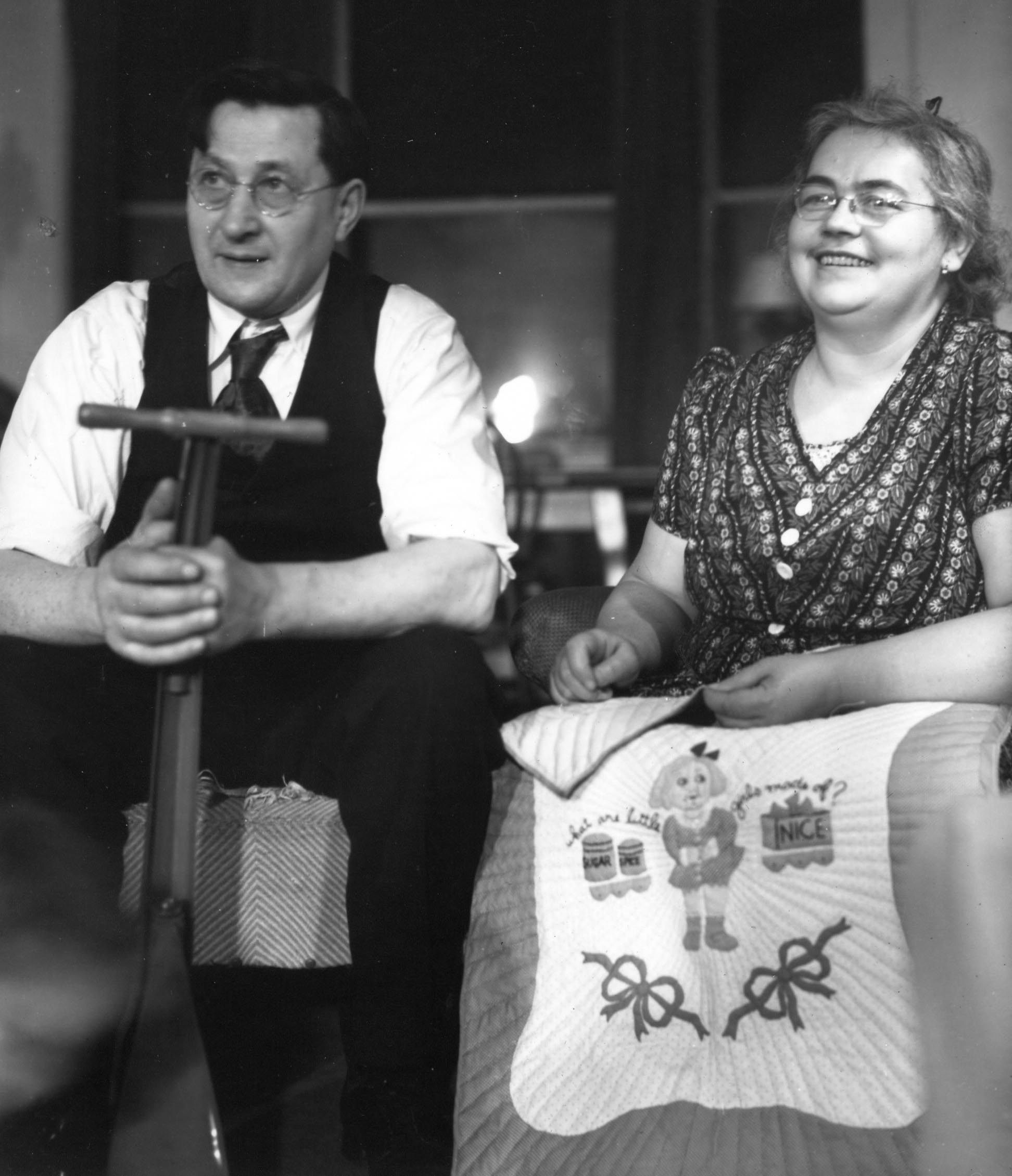 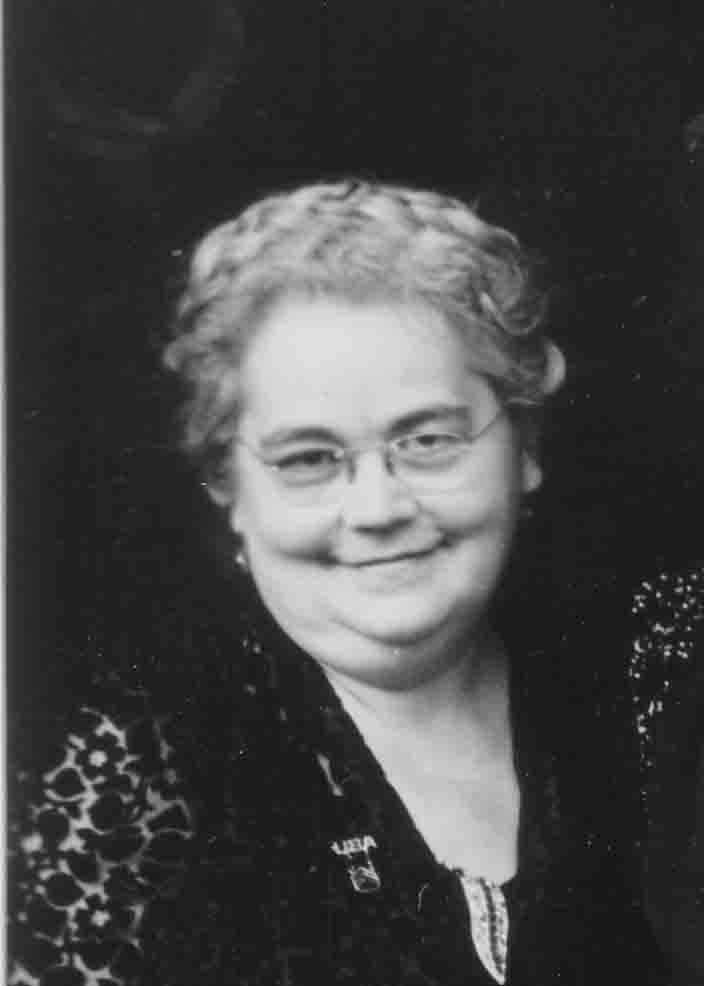