JEFFREY GUTCHEON’S COMPETING INTERESTS have always been diverse, and he has achieved distinction in music, architecture, and the visual arts.  His induction into The Quilters Hall of Fame was one more honor for a musician who won a 1979 Tony Award for best musical.  Trained in architecture, he has practiced informally since he graduated from the Massachusetts Institute of Technology, designing homes and commercial buildings.  Jeffrey has taught a generation to view quilt design in a different way, through his books and classes.

In 1976, The Quilt Design Workbook, coauthored with his first wife, Beth Gutcheon, introduced ideas that quilters take for granted today.  Before the age of computers and photocopiers, most quiltmakers designed a single block and multiplied that into a quilt top as they sewed.  The Gutcheons advocated viewing the top as a design whole and coloring individual patches differently in each block.  Looking back, Jeffrey says, “We gave the quilter the whole field of the quilt to look at.  You could give a pattern in color that was independent of the pattern in the quilt block.  You might call that technique ‘color patterning.”

Another innovation adapted the visual artist’s understanding of light to quilt design. “you assume a light source, a place from which the light comes. The color falls off as you get away from the light source. You can imitate a light effect with color and fabric, following the curve, the graph of light fall-off. You can also use transparency and other effects that rely on illumination.”

Jeffrey also taught quilters a new way to view the four-sided grid so basic to quilt design.  In his foreword to Diamond Patchwork, he wrote, “even when I work in two dimensions, I try to achieve a sense of space and spaciousness.  So it was only natural to be thinking about patchwork that had a higher relief than quilting stitches alone usually offer…It occurred to me that in the Baby Block tradition there was already a king of quilt design that simulated three dimensions…Since a diamond is the only geometric shape other than a square to have four equal sides, it became clear that I could draw any patchwork block pattern on a diamond. How exciting!”

Although Jeffrey credits other important designers, such as Michael James and Nancy Halpern, with guiding quilt design beyond the grid, his innovations were the nudge people needed to forget their old ways of viewing.

Jeffrey was born in New York City in 1941 to Sylvia and Jack Gutcheon.  Jack was in the textile business; he ran a small yarn company that manufactured skeins of viscose rayon.  Both grandfathers were custom tailors.  Sylvia’s interest in textiles was in creating handcrafts.  She influenced her son with the color she expressed through her needlework and with her piano playing.

Jeffrey earned a bachelor’s degree in English literature at Amherst College in 1962 and a bachelor of architecture from the Massachusetts institute of Technology in 1966.  He taught architectural design at MIT and practiced in a firm.  Jeffrey soon realized that although he loved design, he didn’t have the temperament of a practicing architect or the patience for the long transition from concept to finished building.

Instead, he took a chance on his piano playing, something he never expected to use professionally.  He moved back to New York City, living in a warehouse district that became known as SoHo.  As a studio musician during the 1960s and 1970s, Jeffrey’s piano and keyboard work appeared on numerous albums and hit records, such as Steve Goodman’s and Gladys Knight’s.  With his own band, Hungry Chuck, he recorded an album that became popular in Europe and Japan, a mixture of American music-rock and roll, rhythm and blues, country, and jazz.

In his years in New York City, he continued to work informally as an architect and says he is proudest of the recording studios he designed, a case of mixing design and music  Among the studios are Skyline and hit Factory; he remembers well being at the Hit Factory when B.B. King recorded “The Thrill is Gone.”

Jeffrey and his wife, Beth, were married March 18, 1968.  Their son David, was born in 1970.  As a young mother, Beth became fascinated by quilts and taught herself the techniques and traditional designs, which she immediately began to adapt with her own ideas.  Quilts also captured Jeffrey’s eye and he designed one for Beth to make.  When he showed her his second idea, she encouraged him to sew it himself, so he learned to stitch, enjoying the technical challenges as he designed more complex patterns “Complication is what I like,” he says. “I like things that have layers and a certain ambiguity that’s never resolved in the surface.  You can have a longer-term relationship with the piece, always discovering new things.”

Beth wrote the Perfect Patchwork Primer, one of the first of the new generation of quilt books, published in 1973.  Illustrated by Jeffrey, the book featured traditional blocks with some of the Gutcheons’ designs.  Jeffrey’s block Card Trick has become a modern classic.  In 1973, the Gutcheons started their own company, Gutcheon Patchworks, Inc.

Jeffrey was one of several musicians who collaborated on the musical Ain’t Misbehavin’, a tribute to Fats Waller’s music.  When it became a Broadway hit and a Tony-award winner, he and other musicians spent three years in court fighting for their rights and royalties.  Jeffrey says he learned in the music business that you must protect what you own, so when quilters began appropriating his Card Trick pattern, assuming it was in the public domain, he called quiltmaker’s attention to copyright law.

As he designed quilts, Jeffrey began looking closely at the available fabrics.  It was difficult to find cottons with a good weave. Loose enough to quilt through, but tight enough to prevent the batting from bearding through the top.  Colors and prints were limited.  His desire to give quilters more choices led another generation of Gutcheons into the textile business.  In 1983, Gutcheon Patchworks, Inc. introduced the American Classic Line, cotton fabrics in prints and plain colors for quiltmakers.  According to Jeffrey, “The idea of this line was to maintain a classical palette of quality images in quilting fabrics.” Gutcheon Patchworks also led a trend with its “documents,” as contemporary copies of antique prints are called in the textile trade.

Jeffrey shared his information about fabric business in a column for Quilter’s Newsletter Magazine called “Not for Shopkeepers Only.” The column, which began in 1981 and continued until 1993, was subtitled “A look at the marketplace-its products, its trends, and its effect on the individual quiltmaker.”  For more than a decade, he explained how to pick a good-quality cloth, why costs and thus prices go up, and how color trends are forecast-information quiltmakers could not find anyplace else.  In 1990, he published a small book, A Quilter’s Guide to Printed Fabric, which he subtitled Probably More Than You Ever Wanted to Know about Making Cotton Prints for Quilters in the 1990’s

Jeffrey Gutcheon’s influence and his many creative innovations were recognized by his induction into The Quilters Hall of Fame in 1990.  His subsequent quilt designs have reflected his continuing interest in altering tradition quilt blocks, looking for inspiration in the rich sources to be found in antique quilts.

As the new millennium dawned, Jeffrey reconnected with Jim Colegrove, his musical partner from the Hungry Chuck days, and together they formed a new group call Lost Country, which quickly gained critical acclaim and local radio play.  During this period, Jeffrey also designed a series of stunning homes for friends and clients, including one for himself in Deer Isle, Maine, near the Haystack Mountain School of Crafts, where he was a trustee in the 1980s.

Jeffrey retired to his home state of New York in 2008 and currently resides in Westchester.  The fabrics he designed for the American Classics line are still avidly traded on eBay.

“I am an architect by training, and some of my best work has been concerned with expressing light and depth in the surface of a quilt.” 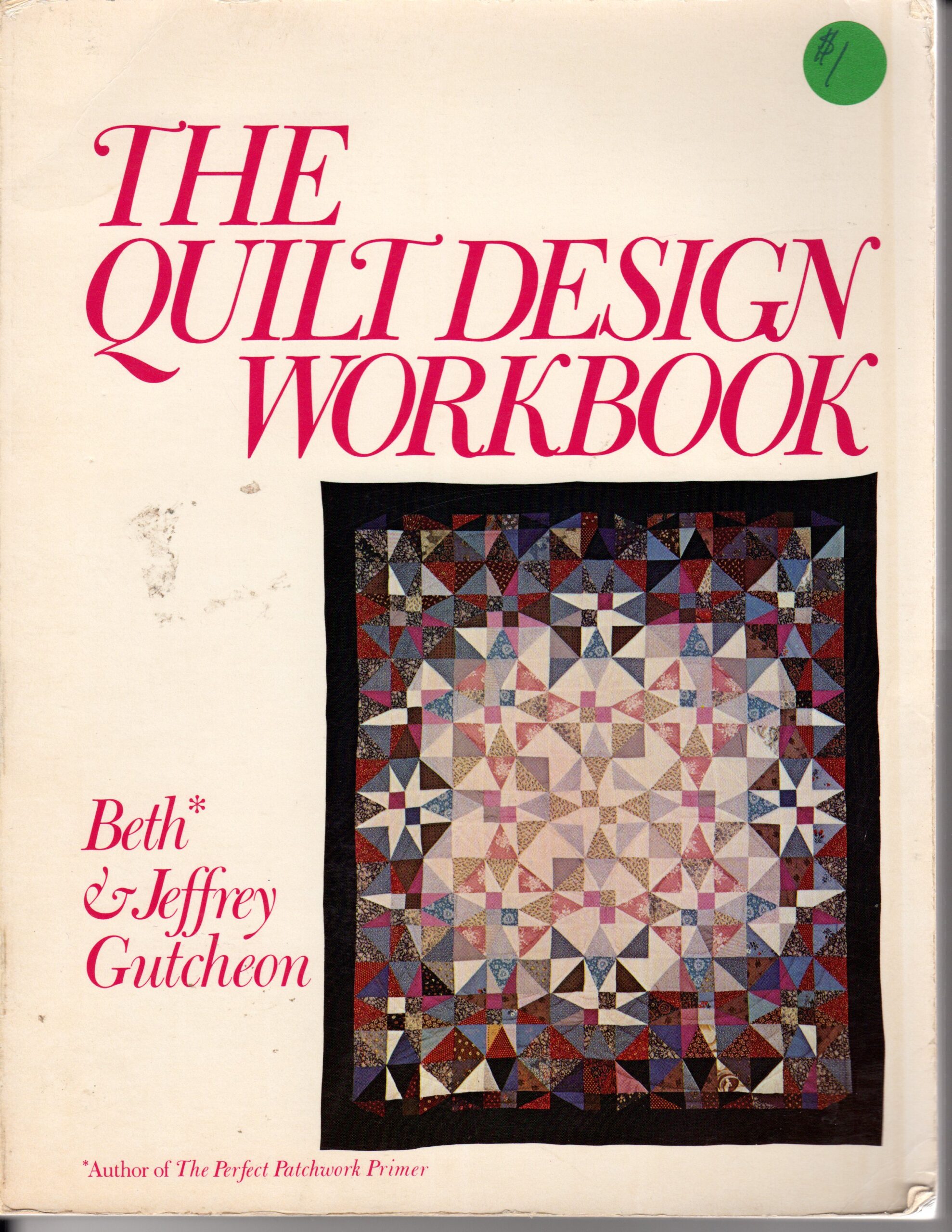 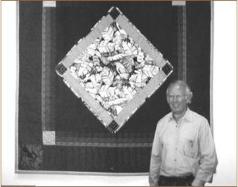 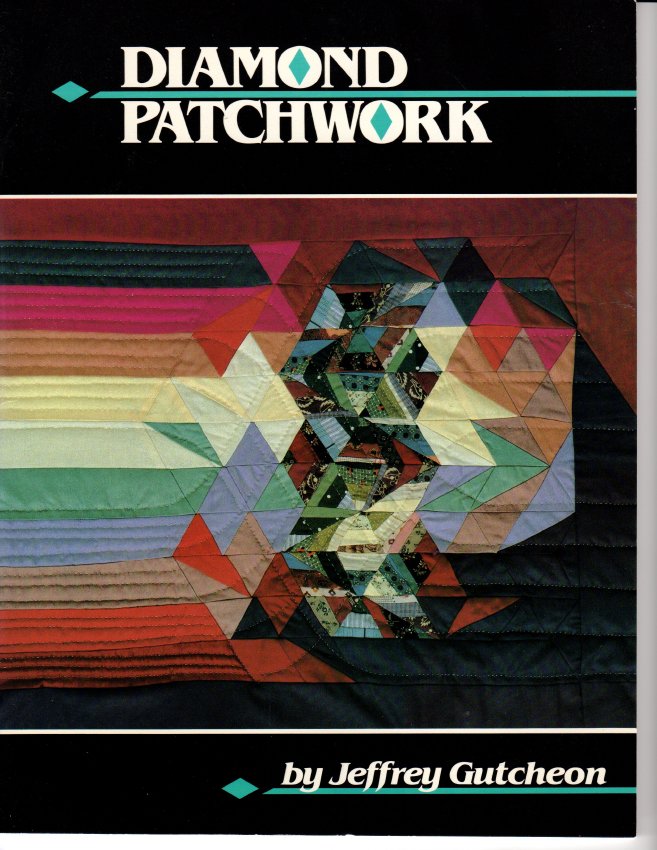 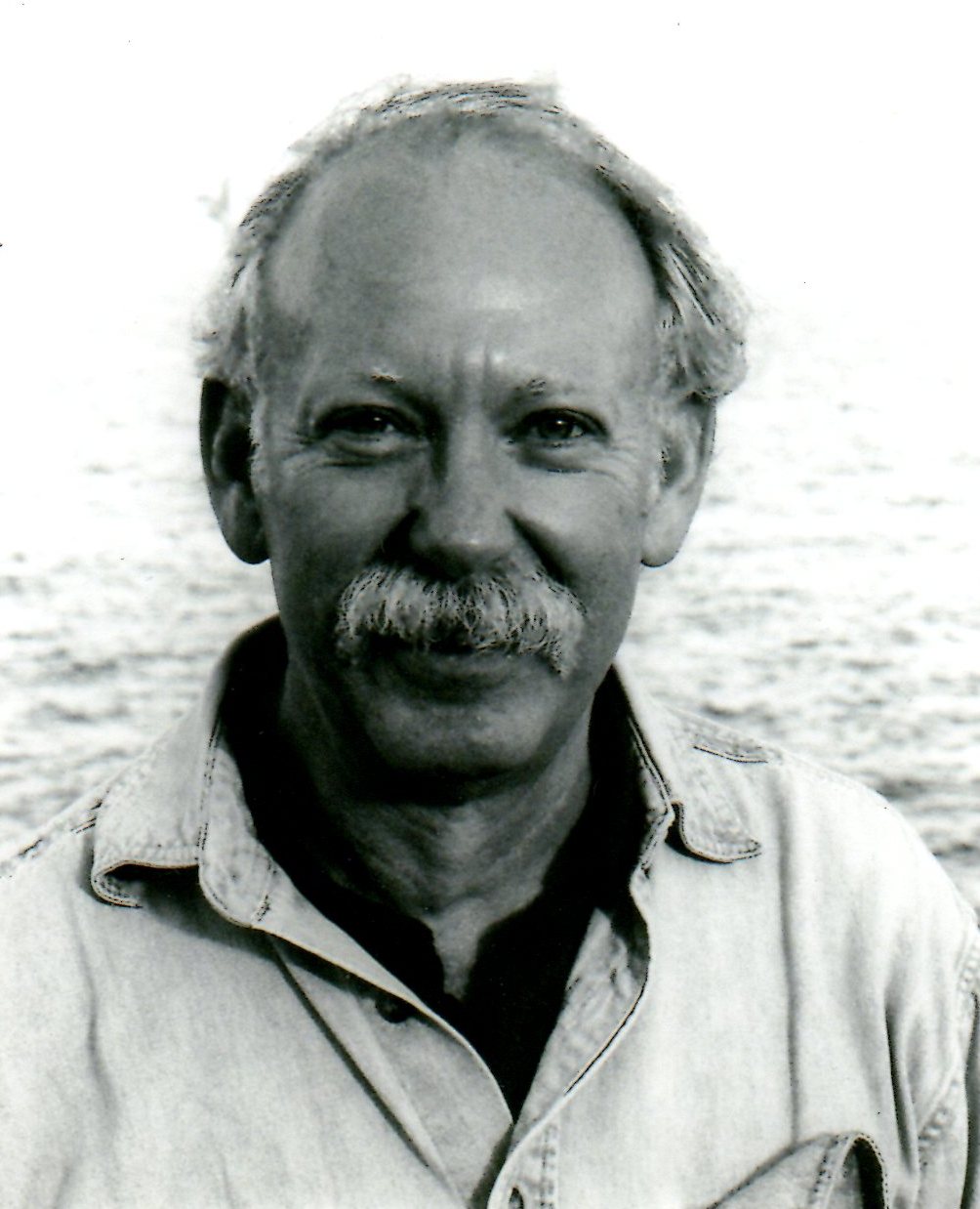