In July 1971, an extraordinary exhibition was unveiled in New York City at the prestigious Whitney Museum of American Art. Called Abstract Design in American Quilts, the exhibition contained sixty pieced quilts from the collection of Gail van der Hoof and Jonathan Holstein chosen purely for their visual content.

"The showing was unusual for the Whitney," noted Hilton Kramer, a New York Times reviewer, on July 3, 1971. "The Whitney has rarely condescended to acknowledge the 'decorative arts,' as they are called, as a significant contribution to American artistic achievements. One can only hope that the current exhibition, which is of an exceptionally high quality, signals a significant change of heart."

Elizabeth Stevens of the New York Times reported on July 26, 1971, in the San Francisco edition, that "All the Whitney quilts are 'pieced' and many of them anticipate by as much as 100 years the designs of contemporary optical artists and color painters whose quilt-sized abstract canvases have so often been touted as historic discoveries." Thus the message spread from coast to coast that quilts should now be recognized not merely as bed coverings but as bona fide art with links to contemporary abstract artists.

Gail and Jonathan had spent three years collecting the quilts, primarily in the eastern United States. Their vision and the resulting exhibition marked a dramatic shift in thought by folk art collectors, art patrons, antique dealers, and the general public about those "utilitarian blankets" their grandmothers had made. Their pioneering work helped to spark the resurgence of interest in all aspects of quilt study in the last quarter of the twentieth century.

Gail van der Hoof was born in Berkeley, California, in 1943. Her father was a professor of geology and paleontology, a research geologist for an oil company, and from 1959 until his death in 1964, director of the Santa Barbara Museum of Natural History.

Gail attended high school in Bakersfield and at the Casteleja School in Palo Alto, then entered the University of California- Santa Barbara, where she majored in art and English, receiving her B.A. in 1964. Soon after, she moved to San Fransisco to work at the Joseph Magnin clothing store in fashion merchandising and advertising. She combined her art design skills and textile knowledge easily and found this employment most satisfying. The job also served as the foundation for her later interest in the collecting of quilted textiles. Although not a quilter or weaver herself, she designed and constructed "art clothing."

Gail worked for the clothing store until her savings allowed her to travel extensively throughout Europe and West Africa. She lived in Holland and England, holding various jobs, including a stint in a youth hostel. She visited all the major museums and enjoyed her freedom. She took the Orient Express to Istanbul and explored the variety of textiles in Turkey. Her strong attraction to textile art was a constant throughout her life.

"I must have been a rag picker in my last life," exclaimed Gail in a 1997 telephone interview. "I have always haunted thrift shops or used clothes markets and can always find something good."

Eventually she returned to the United States and lived for several years in a small ranching community in Colorado, where she experienced a "back-to-the-earth" lifestyle- no electricity, but abundant land and peace. She recalled, "At the small, local market, the main topic of the conversation, other than the kids and gardens, was what new fabrics had come into the local store, what the women were going to sew, and what the others were making. They even discussed what they were going to do with the scraps."

Gail found this a refreshing change from the never-ending chores of the ranchers' wives. "The meals get eaten, the house and clothes get dirty again, the flowers bloom then die, but what they made with their sewing machines, threads and needles, stayed. It was made to be used, admired, maybe put away (to be unfolded and admired again) or given or sent away, with love, to a relative or friend. These things haven't changed in all the years of quiltmaking."

In 1967, Gail met Jonathan Holstein, who was visiting his brother in Aspen, Colorado. She accompanied Jonathan to New York City and began a new stage in her life's journey. They married in 1973, and in 1983 they moved to Cazenovia, New York, where they raised their two children, Cassia and Jared. Gail designed leather and beadwork; her designs were seen in such publications as Vogue.

Her passion for quilts began while they were living in New York City, with weekend trips to visit friends outside of the city. Said Gail:

What an incredible treasure trove of quilts we discovered in the East, but especially in Pennsylvania... There was furniture and folk art, of course, but we were both amazed by the quilts in such glorious profusion! With my art background, I yearned to begin a collection and Jon agreed. We collected in earnest from the start. Our friends delighted in our "show-and-tell" sessions at the end of jaunts to the country. They continued to encourage us and offered us their hospitality on our increasingly long weekends. What a happy time.

Back in New York City, we would unfold, admire, and refold the quilts we had purchased. The increasing number of stacks in the living room eventually overflowed into the extra room. We never lost our enthusiasm for the quilts or the joy they gave us. Our friends, many of them artists, agreed. We were holding an enormous and important body of work, and it should be seen.

All of these unsung artists- creators of such beauty- were not highly regarded in the 1960s and early 1970s, when we were collecting. The quilts were just "merchandise" to the pickers and dealers who sold them. The only valuable quilts then were very early quilts, bought to cover a bed in an historical setting, or applique quilts with evidence of much fine needlework.

Fortunately for us, most people showed little interest in everyday quilts no matter how visually striking they were. These remained relatively inexpensive. Sometimes on our forays into the countryside we'd hear about "that crazy couple from New York who buy all sorts of quilts." ... The seeds planted earlier for an eventual exhibition were being nourished. The time was coming.

The show at the Whitney Museum was a huge success, leading to others in Europe and America. Both Gail van der Hoof and Jonathan Holstein lectured extensively to artists and quilters alike, influencing the acceptance of Amish quilts, in particular, by mainstream folk art collectors and quiltmakers. The renaissance in quiltmaking began to swell, leading to a bicentennial quilt competition in 1976, state quilt documentation projects in the 1980s, and an expanding field of scholarly research.

The many exhibitions they curated at museums here and abroad, and their lecturing and writing about quilts over the next two decades, were instrumental in broadening interest in quilts as works of art. Gail van der Hoof and Jonathan Holstein were inducted into The Quilters Hall of Fame in 1979, in recognition of their great influence on the Quilt Revival.

Jonathan and Gail were divorced in 1991. Gail moved to a house they owned in Marignana, Italy, and married Nicolo Finocchiaro in 1995. Although far from quilting activities in the United States, she maintained a strong interest in textiles, quilts, and art. Gail van der Hoof passed away at her home in Italy on March 27, 2004, shortly before her sixty-first birthday.

I used to think, sleeping in the same apartment with the efforts of so many women, that I could almost hear them speaking and feel them breathing. They were speaking the language of quilts, and I was listening.”

interviewed by Ann Nash in 1997 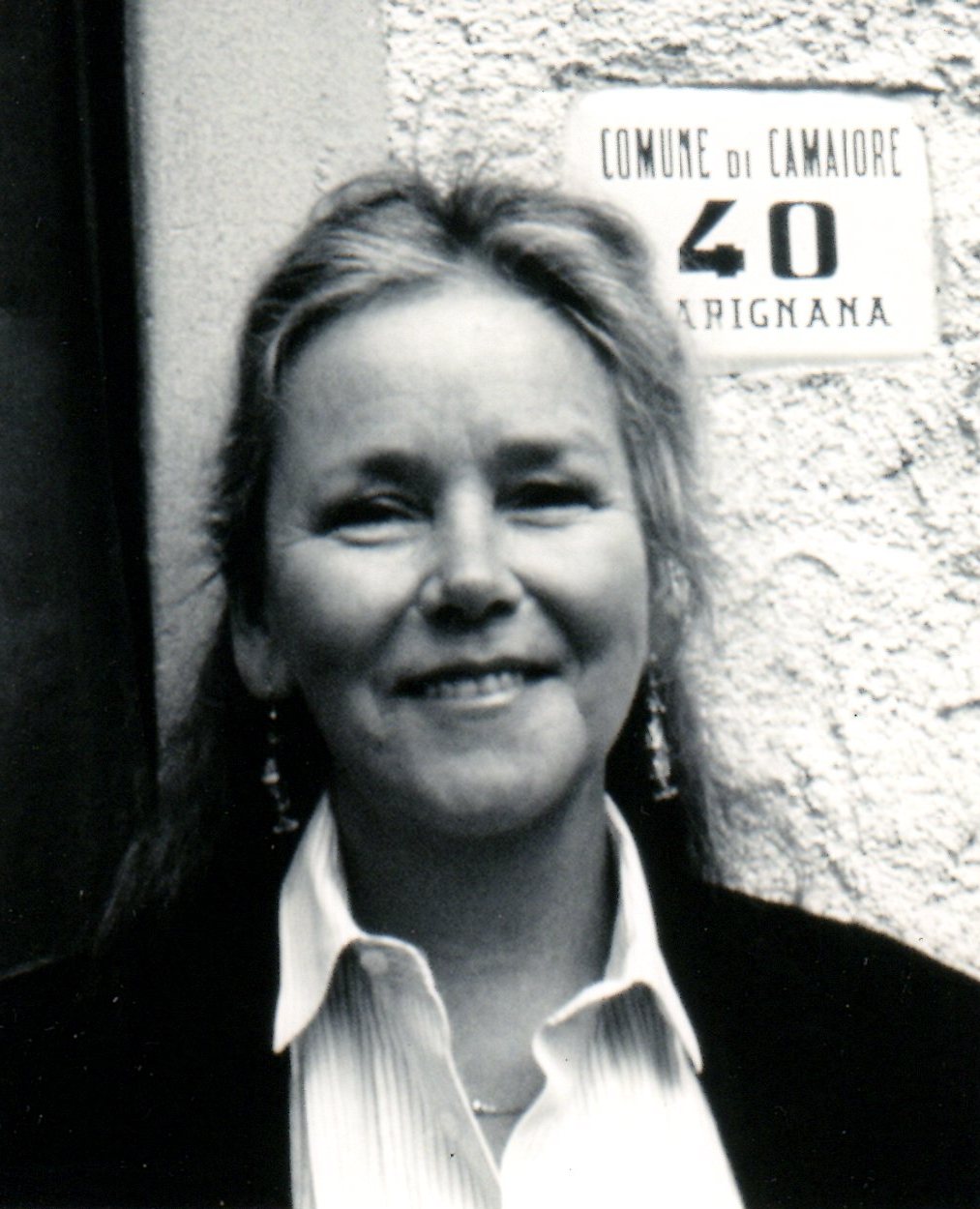 ----------. Abstract Design in American Quilts: A Biography of an Exhibition. Louisville, KY: The Kentucky Quilt Project, 1991.

----------. American Pieced Quilts. Catalog for the exhibition at the Smithsonian Institution, Washington, DC, and other museums throughout the United States. New York: The Viking Press, 1972.