Mary Vida Schafer was born April 27, 1910, in Austria-Hungary, moving to the United States in 1915. Although her mother died soon after she arrived in America, Mary's interest in needlework was nurtured while she was still quite young by the women in her neighborhood, at the request of her father. However, she was not exposed to quiltmaking until she was in her forties.

In 1956, Mary rescued a wet, sandy quilt from the trunk of her son's car. She cleaned and repaired the sorry-looking quilt in an attempt to save it and then recreated the quilt, adding her own border and quilting designs.

This seminal experience changed Mary's life. Though she was able to reproduce the beautiful old quilt, she could not find the pattern in any book or magazine. Once ignited, her curiosity about traditional quilts knew no bounds, thus launching her study and collecting of historic quilt patterns, as well as her creation of exquisitely stitched new quilts to honor them.

Mary faithfully researched the history of each pattern at a time when very few were pursuing quilt history and modern technology was not there to help facilitate research. She soon subscribed to all the early quilt pattern magazines of the day- Glenna Boyd's Aunt Kate's Quilting Bee, Joy Carddock's 4J's, and others- and carried on a voluminous correspondence with many of the early pattern collectors and historians, reinforcing her intent to ground her quiltmaking in historical accuracy. Mary also corresponded with Florence Peto, Joyce Gross, Lenice Bacon, Patricia (Almy) Randolph, editor of Nimble Needle Treasures, and others.

Mary's quiltmaking and the focus of her research went through many phases. She deliberately brought her growing knowledge of quilt history to the reproduction of each pattern, thoroughly researching the origins of each quilt. Mary would put her own stamp upon each quilt without straying from the traditional look of the overall pattern, and she usually added her own border designs. She also drafted her own original quilting patterns and marked her tops for quilting. Then like many quiltmakers of the time, Mary found other women to do the quilting.

In 1965, Mary was greatly inspired by the words of honoree Marie Webster in Quilts: Their Story and How to Make Them (1915): "To raise in popular esteem the most worthy products of home industry, to add to the appreciation of their history and traditions, to give added interest to the hours of labor which their construction involves, to present a few of the old masterpieces to the quilters of today."

Thus began a self-imposed series of challenges, beginning with a tribute to honoree Ruth Finley in 1967 by reproducing her Clamshell quilt. In September 1970, this quilt won a blue ribbon for best pieced quilt as well as the "Popular Prize" at the first National Quilting Association exhibit in Greenbelt, Maryland. The exposure garnered as a result of winning these ribbons helped nudge Mary into a more public role that would only grow as opportunities to speak and teach began to come her way.

In 1971, Mary's very close friend Betty Harriman of Buneston, Missouri, died at age eighty-one. Although the  two women had never met face to face, their friendship had been deeply cemented by correspondence and phone calls for over a decade. Mary acquired Betty's unfinished quilt tops, as well as quantities of blocks, patterns, fabric swatches, project notes, and sketches. As Mary pored through these boxes of Betty's treasures, she made the decision to finish a number of Betty's quilts.

In the space of ten years, Mary completed fourteen of Betty's quilts. Meanwhile, she also completed her own series of bicentennial quilts and continued her project of reproducing challenging quilt patterns from earlier quiltmakers. She began to explore the differences between old and new Amish-made quilts so that she could speak knowledgeably about them in her lectures. Since the price of authentic old Amish quilts was rising dramatically, Mary was once again faced with the prospect of making her own.

As quilt books, exhibits, and contests proliferated in the late 1970s, Mary continued to enter and win contests, as well as to research traditional patterns. The Fall 1972 issue of Nimble Needle Treasures featured numerous variations of the North Carolina Lily pattern from the Schafer collection, spanning more than one hundred year.

After she saw honoree Jinny Beyer's award-winning 1977 quilt, Ray of Light, Mary began to research and reproduce eighteenth and nineteenth-century medallion quilts, anticipating another great revival that emerged as more and more reproduction antique fabrics were introduced. Never one to be content with only one or two examples, Mary fully explored this genre by making multiple medallion quilts.

In 1977, two paths seemed fated to converge when Mary contacted another quilter interested in traditional quiltmaking, Gwen Marston. With friend Joe Cunningham, Gwen quickly introduced Mary Shafer to a wider quilt audience, beginning with a series of exhibits of Mary's work in 1978 at the Robert E. Whaley historic house in Flint, Michigan. Thus began still another chapter in Mary's quilting life. Within two years, Gwen and Joe had documented Mary's collection and published a catalog.

With the assistance of her friends to handle exhibit planning and promotion, Mary was free to continue exploring new directions in her quilting. Once the Whaley exhibits began, Mary planned her quiltmaking around the theme of their annual exhibit: 1980, heirloom quilts; 1981, whitework quilts; 1982, medallion quilts; and in 1983, her final Whaley House quilt exhibition, applique quilts.

Mary was inspired by Crib Quilts & Other Small Wonders by Thomas K. Woodard and Blanche Greenstein to begin making doll and crib quilts with all the dedication with which she had explored other historic genres. In 1983, twenty-five doll and crib quilts she had made were exhibited in Flint and Rochester, Michigan. She made at least another twenty in the ensuing years.

Another noted quilt collector from Michigan, Merry Silber, suggested that Mary reproduce quilts from Mary's own antique quilt collection and exhibit them side by side with the antiques. By 1986, Mary had reproduced twenty-six quilts and exhibited them alongside the originals at the Birmingham-Bloomfield Art Association in Birmingham, Michigan, along with thirty quilt blocks Mary had made and given to Cuesta Benberry (now in the collection of The Quilters Hall of Fame). At this event, the Michigan State Senate presented Mary with a proclamation honoring her for her contributions to the art and study of quiltmaking.

In 1987, four of Mary's quilts were included in the Michigan Quilt Project's book and exhibit. Mary's manuscript Q Is for Quilt, written in 1979, was donated to the project as a fundraiser and was subsequently published by the Michigan State University Museum.

In 1988, Mary was honored by the  Michigan Women's Foundation for outstanding contributions to the arts. With the generous support of the Ruth Mott Fund and numerous individuals and quilt groups, the core of Mary Schafer's collection was purchased for the Michigan State University Museum, where it resides today for quilt lovers to study and enjoy for generations to come.

Sadly, not long after she was told of her selection for The Quilters Hall of Fame, Mary Schafer passed away, on December 21, 2006, just six months before her induction.

The quilting community owes Mary a great debt of gratitude for her dedication to the study and reproduction of historic quilts.

By Karen B. Alexander

"Mary has great respect for those early quiltmakers. Her aim in life is to upgrade the quality of quilts today. Her own perfectionist approach to quiltmaking is an inspiration." 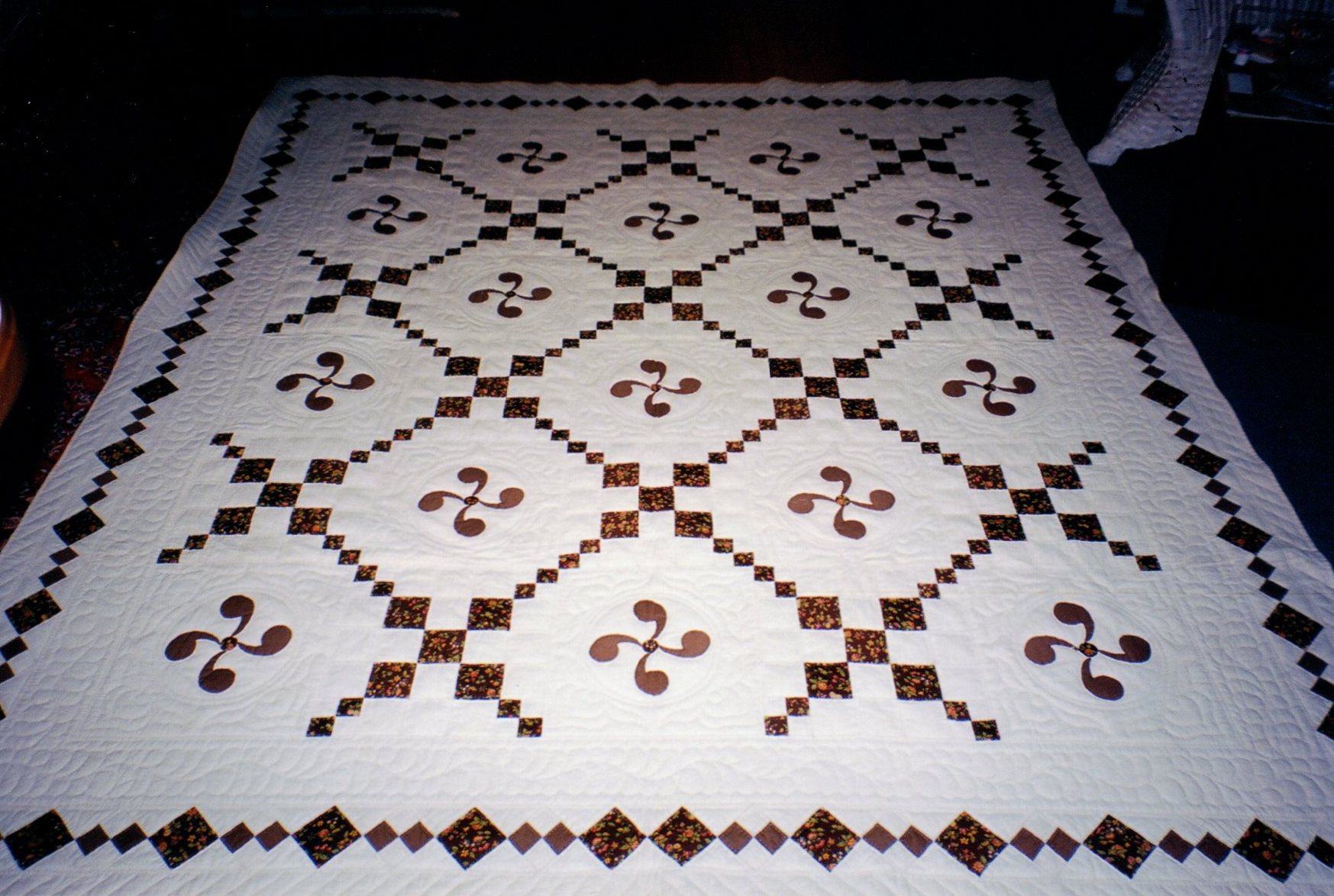 Signed and dated in embroidery 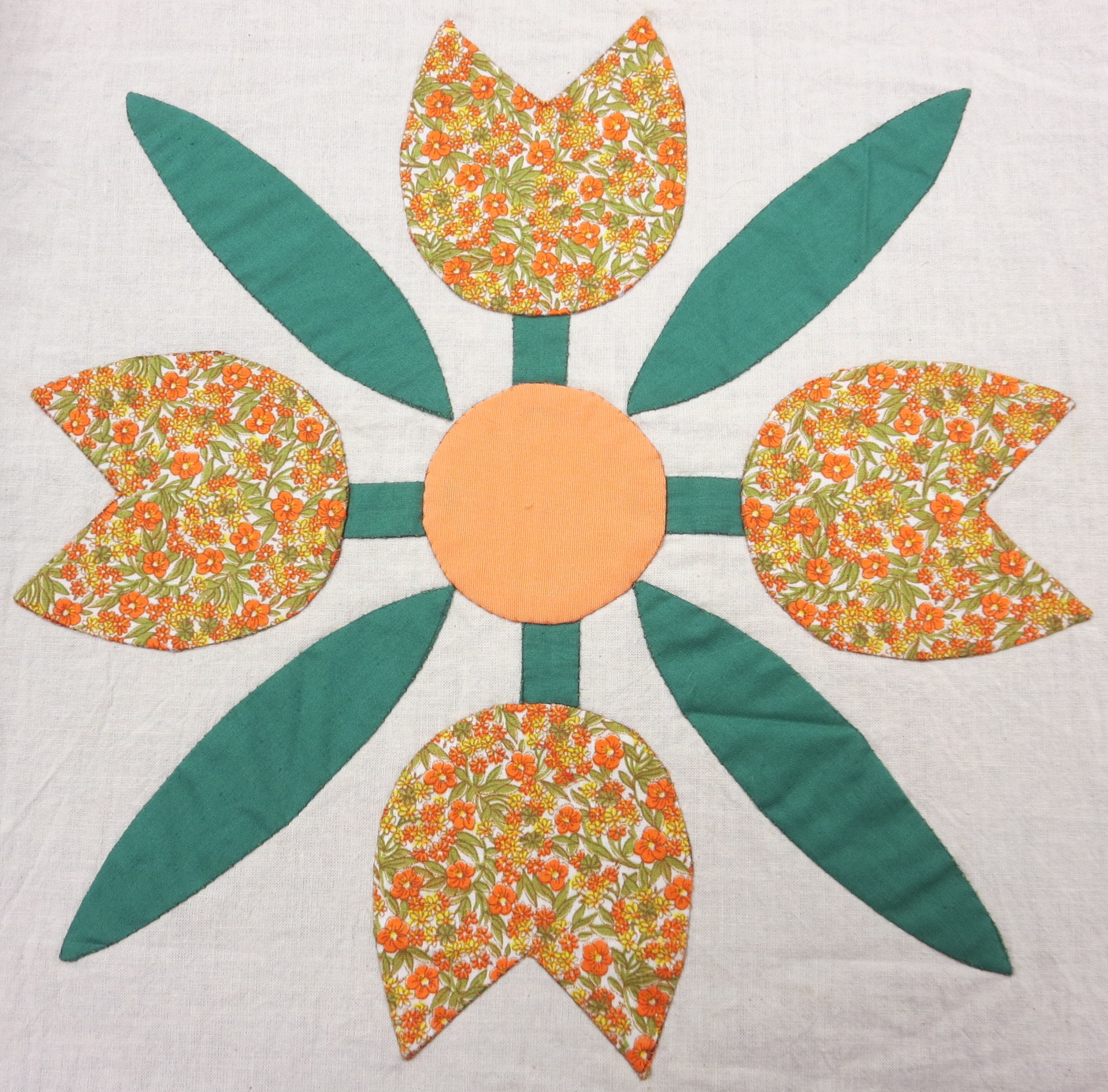 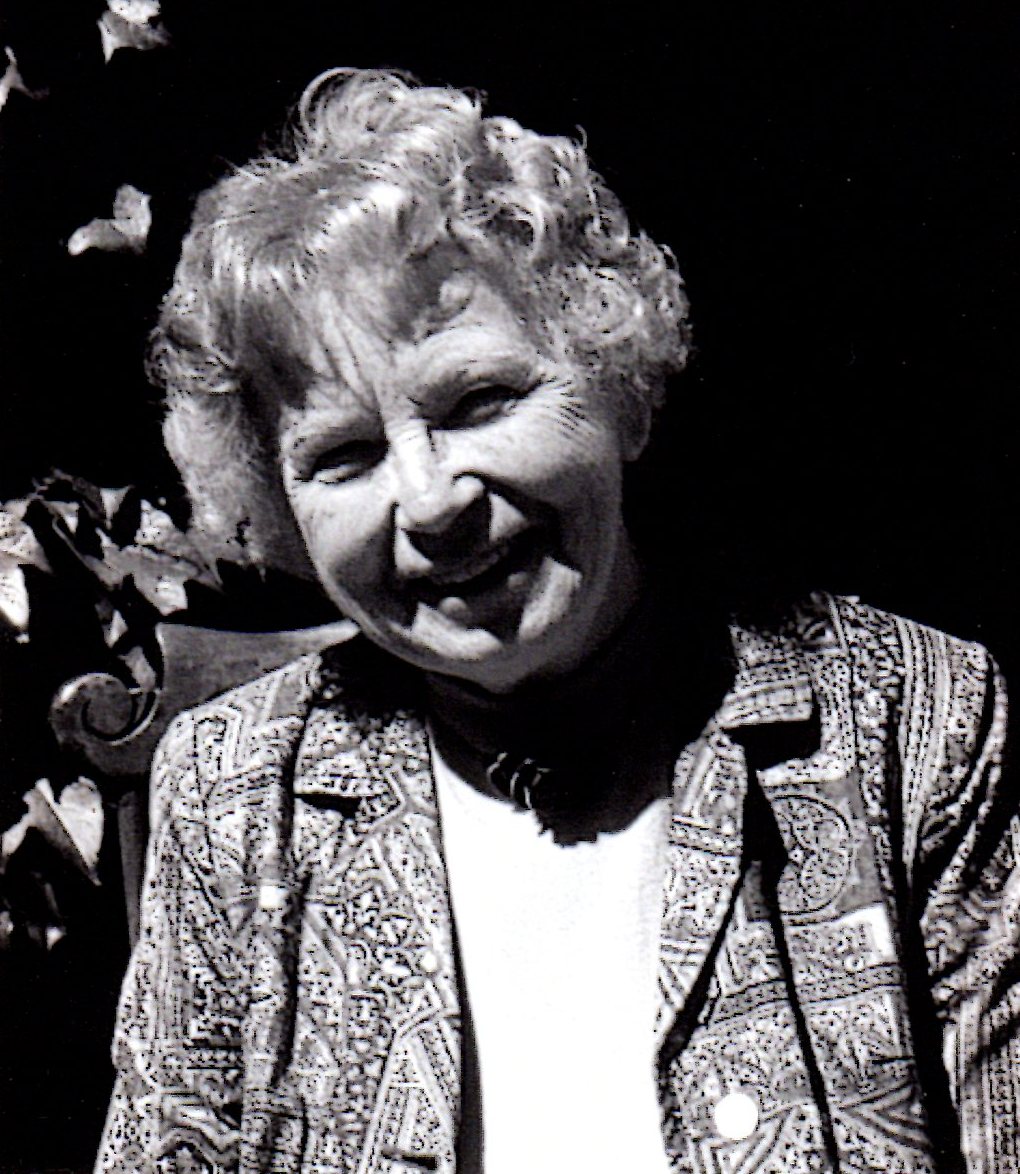