If the creative work of Jean Ray Laury was gathered in one place, it would take a small army to move it. Not only is her work extensive - quilts, books, and articles - but it also transcends the artist, something that pleases Jean greatly. Beyond the physical manifestation of her art are the countless workshops and lectures she has presented and the numerous women who have benefited from her encouragement and support.

Jean's quilts are known for their coloration and geometry, and most notable for the use of printing and cartooning - using text and storytelling blocks in surface design. Her contemporary and meticulous techniques have earned her pioneer status in the late twentieth century's quilting revival. The subject matter is unconventional, often humorous or political, and very personal.

Jean's sense of humor emerges in her quilts as she pokes fun at herself and life in general. She finds that the humility of cloth and the simplicity of quilting itself allow a quilt to convey a message, which may even jar the viewer's senses, without being confrontational.

Jean Ray was born March 22, 1928, in Doon, Iowa, second of the four daughters of Alice Kloek and Ralph Robert Ray. During her high school years, her family moved to Oak Ridge, Tennessee, where she graduated from high school in 1945. Her childhood love of drawing and painting led her to pursue a degree in art and education at Iowa State Teachers College, Cedar Falls.

After college, she moved to California, where she plotted weather maps in the geology department a UCLA while her fiancé, Frank Laury, was in Navy flight training. After he received his wings, they married and moved to San Diego, where he was stationed and where their son, Tom, was born. The young couple next entered graduate school at Stanford University, where they both studied art and design. Their daughter, Lizabeth, was born while they were living in student housing.

The quilt Jean made for a class project at Stanford in 1956 launched her career. She retained a vivid memory of a quilt she had seen years earlier in a Nebraska museum. The quiltmaker had recorded his own life by piecing bits of old Civil War uniforms into his quilt. This inspired Jean to express her own life in her quilt, setting a precedent for much of her future work.

This quilt, which she named Tom's Quilt for her four-year-old son, featured bold colors and graphic images that would appeal to any child: an ice cream cone, a train, a birthday cake, the sun, flowers, children playing, and a host of other visions. Included in a Stanford student exhibit at the de Young Art Museum in San Francisco, the quilt was chosen for a world tour sponsored by the United States Information Service.

Jean's career was off and running. In 1958, she entered her quilt in the highly esteemed Eastern States Exposition at Storrowton Village in Springfield, Massachusetts. Her work captured the attention of contest judge Roxa Wright, needlework editor for House Beautiful. Roxa encouraged Jean, calling her work "the first attempt she had seen to modernize the art of quiltmaking that combined good design and contemporary color with inherent simple and structural integrity that should be the basis of any quilt."

Jean's successful writing career developed in tandem with her quiltmaking. Roxa Wright invited her to write for House Beautiful, where her first article was published in the January 1960 issue. Jean's work has also appeared in Woman's Day, Better Homes and Gardens, Family Circle, Cosmopolitan, Needle and Craft, and many other publications.

In 1982, Jean began writing her column, "Keeping it All Together," for Quilter's Newsletter Magazine, followed by her "Talking it Over" series in 1984, which delivered her supportive advice with a sense of humor.

Jean Ray Laury was widely acknowledged as a leader of the quilt revival that started in the 1960s. Through her writing, teaching, and lecturing, she encouraged quilters to experiment with ideas and techniques, and to express their own lives in their work. She wrote the first contemporary quilting books, Applique Stitchery (1966) and Quilts and Coverlets: A Contemporary Approach (1970).

Jean enjoyed a special rapport with young mothers, who face difficulties allowing their creativity to flourish while caring for their families. Her book, the highly regarded The Creative Woman's Getting-It-All-Together at Home Handbook, published in 1977, was directed at this group of women.

Jean was an original and prolific writer in a variety of styles on a wide range of topics. She also illustrated her humorous Sunbonnet Sue series and the children's storybook, No Dragons on My Quilt. Her recent titles, Imagery on Fabric, The Photo Transfer Handbook, and The Fabric Stamping Handbook, focus on surface design.

She drew inspiration from children and their fresh approach, and she tried to keep a similar lack of barriers in her own work. Other sources of inspiration were the serene setting of her home in the foothills of California's Sierra Nevada Mountains, as well as current events.

The Senator Van Dalsem Quilt, also known as Barefoot and Pregnant, was inspired by an insensitive comment made by an Arkansas senator. It uses cartooning effectively to satirize the senator's remarks. This quilt was selected as one of America's 100 Best Quilts of the 20th Century during the Ultimate Quilt Search by panelists representing the Alliance for American Quilts, the American Quilt Study Group, the International Quilt Association, and the National Quilting Association.

Jean's first major exhibit was held at the Museum of Contemporary Crafts (now the Museum of Arts and Design) in New York City in 1960. She also exhibited at the American Crayon Company, the de Young Art Museum in San Francisco, and in a series of one-woman shows at the California State University Fresno Art Museum. Numerous group shows include the Smithsonian's Full Deck Art Quilts.

Old quilts also inspired this thoroughly modern quiltmaker. Jean Ray Laury worked in the California State Quilt Project and authored the book about the project's findings, Ho for California: Pioneer Women and Their Quilts (1990). She remembered when a particularly unusual quilt from the nineteenth century was being unfolded, she could feel the power of the quiltmaker's message across the many decades.

A pioneer herself, Jean Ray Laury was inducted into The Quilters Hall of Fame in 1982. She was honored by the San Francisco Women's Foundation and received a California State Arts commission grant and the Fresno Women Making History Award. In 1997, Jean received the Silver Star Award, presented by Quilts, Inc. at Houston's International Quilt Festival.

After retiring (her husband laughs at the  use of that term) she took commissions and wrote fiction, including work on a quilter's memoir, called Growing Up in Doon: The 1930s. Before it could be published she died of respiratory complications on March 2, 2011. Through her quilts, her writing, and her teaching, Jean Ray Laury truly inspired thousands of women to express their own creativity.

"If you are asking me to offer any advice, it would be to risk everything all the time and to quit trying to be safe. Once you're willing to risk your whole reputation on something, then you can leap forward." 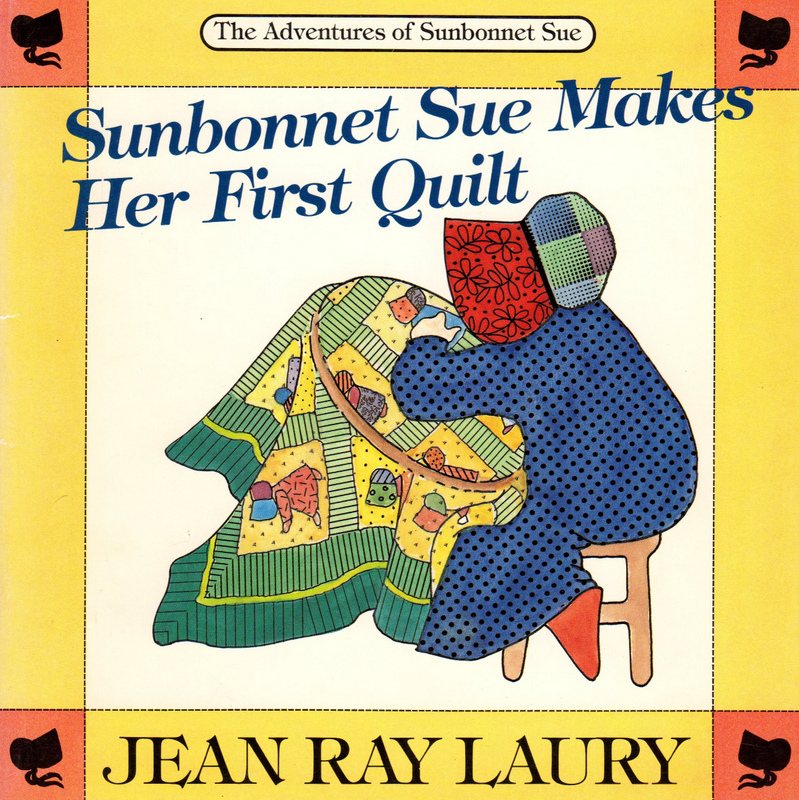 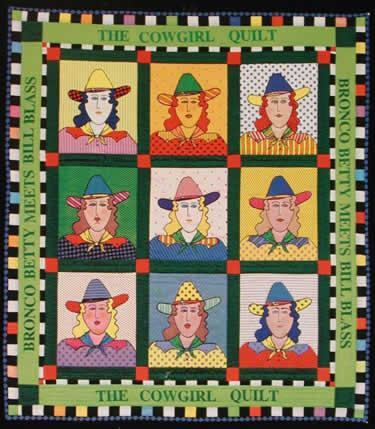 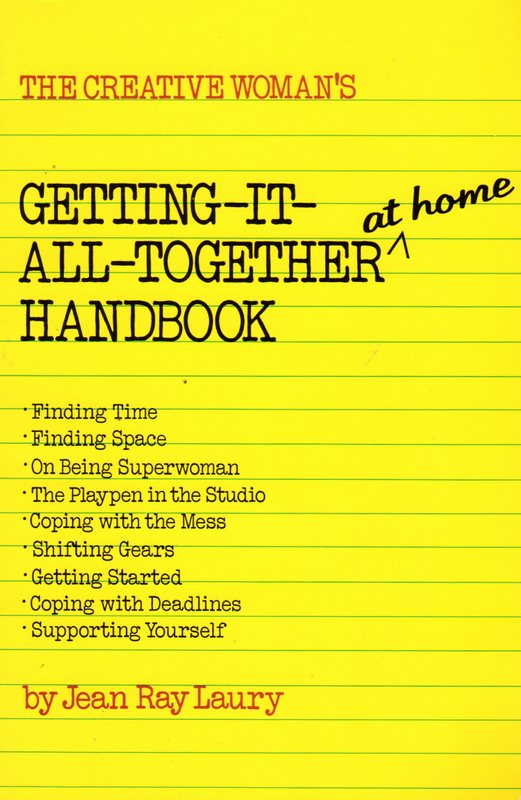 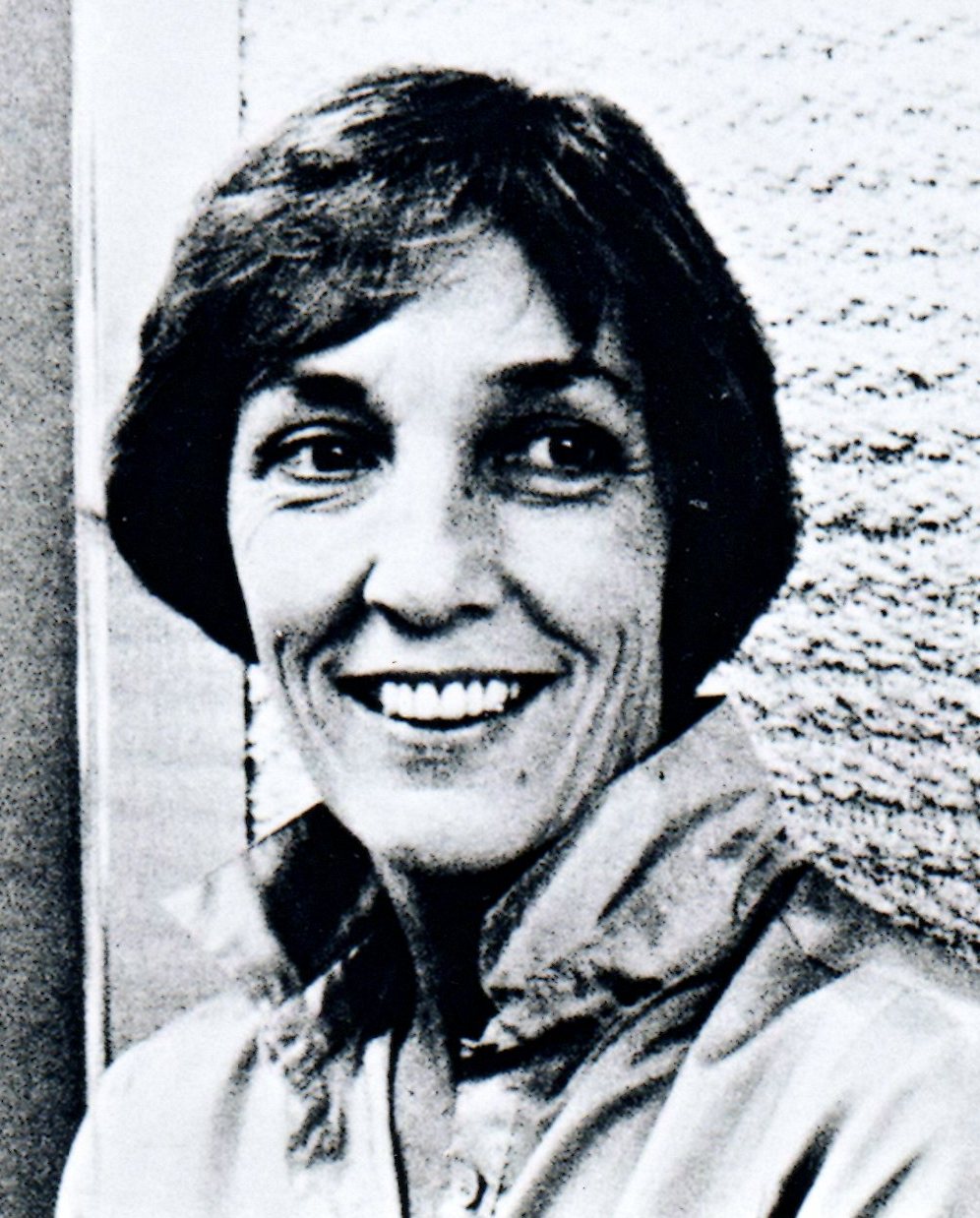