SHIELA BETTERTON looked like everyone's favorite English grandmother.  With her apple cheeks, curly auburn hair, and ready smile, she immediately put others at ease.  But her charm cloaked an incisive and encyclopedic mind, one that had studied quilts for more than thirty years.

Perhaps better known in England than in America, Shiela was widely recognized as an authority on American quilts.  She lived in Bath, England, where from 1963 to 1993, first as steward and later as textile adviser, she developed the outstanding textile collection of the American Museum in Britain.  During her career, she also curated textile shows, lectured widely, wrote four books on quilting, and published numerous scholarly articles.

When Shiela joined the museum in 1963, she found a small quilt collection there.  Under her direction it grew to 165 quilts, all of which are fine examples of American quiltmaking, and some of which are truly extraordinary pieces.  Shiela developed the collection thoughtfully; she understood what examples she needed to fill the collection's holes, and based on her study and her finely honed eye, she recognized the finest examples when she saw them.

The director of the museum, William McNaught, wrote to the Quilters Hall of Fame: "At the American Museum in Britain she has created what is considered the most distinguished collection of American quilts that exists outside of the United states."  But this accolade did not come without enormous effort on Shiela's part.

As a young woman in the early 1960's, she lived in Bath with her husband, Ernest, and their two small daughters.  At this time, Shiela had no interest in quilts, although she had discovered the American Museum, which lay at the base of her hill, Combe Down.  Regularly, she popped her two little girls into their pram and walked the several miles so she could admire the museum's furnishings and art.  Soon she found herself so drawn to the museum that she volunteered to work as a docent.  After a training period, she found herself explaining the textiles to visitors, and before long she was hired to care for the textiles.

Shiela quickly became interested in the quilts because she noticed that some had the same quilting patterns as her mother's whole-cloth Northumberland quilts that she had slept under as a child.  As she traced the cables and feathers on the American quits, she wondered how these designs got to America.  That curiosity began a lifelong study of quilts that resulted in numerous publications and exhibitions as well as international travel to study quilts.

Shiela's enthusiasm for the history of quilts led her to make firm friends with other researchers who admired her careful research and generosity.  Helen Kelley, a close friend, said Shiela regularly sent her information typed on onionskin paper- a reference to a quilt or wall hanging, a quote alluding to a quilt in a novel, or some hard-to find bit of history. Helen described Shiela as a "tremendous manager" with "enormous energy."

Shiela drew upon these qualities as she searched for quilts to add to the American Museum's collection.  She used no only her knowledge but also her considerable charm and wit to develop the collection.  For years, she paid close attention to comments about who might want to sell or donate a quilt.  Following up on her information, she contacted the owners, recruited quilts for the museum, and, when successful, sometimes took them home to be washed in her bathtub and prepared for exhibit.

She followed all leads.  Whenever she heard about an old quilt in an English stately house, she would write to the lady of the manor, who invariably would invite her to tea.  Shiela and her husband, Ernest, would appear at the proper time to study the quilt, with Ernest taking photographs and Shiela writing notes, before having tea with the dutches.  Even though the quilt would often stay in its ancestral home, Shiela would gather photographs and documentation to add to her considerable store of quilt history.

To share this history, Shiela curated many shows, including the 1976 exhibition with the Commonwealth Institute in London, the conjunction with the American bicentennial; the 1980 British Council Exhibition in St. Louis, Missouri; and the 1997 exhibit Crazy for Quilts; 200 years of American Quilts, held at the American Museum in Britain, for which she acted as consulting curator and which, to her great surprise, was dedicated to her.

To take the history of quilts to people who could not attend the exhibitions, Shiela added lectures to her schedule and informed audiences not only in England but also on the European continent and in the United States.  Even at the end of the life, although officially retired, Shiela would choose a lecture topic, research it thoroughly, prepare it meticulously and present it flawlessly to her audience,, and never give it again.

While Shiela is rightfully known as a pioneer in England for her study of American quilts, she had many other interests.  She wrote about rugs and about Navajo weaving and textiles of the American Southwest.

Shiela Betterton was inducted into the Quilters Hall of Fame in 1999.  England also recognized her great contributions by electing her Fellow of the Royal Society of Arts and appointing her an Honorary Life Member of the British Quilters Guild and Bath Quilters Guild.  Her English colleagues agree that her tireless  efforts to educate others about quilts, American quilts in particular, earned her this recognition, for she is acknowledged as the foremost British specialist on American quilts.

"Making patchwork became so much part of a woman's life that by the middle of the nineteenth century, designing patchwork quilt patterns had become one of the major forms of domestic folk art"

Shiela Betterton, More Quilts and Coverlets from the American Museum in Britain (1989), p.8 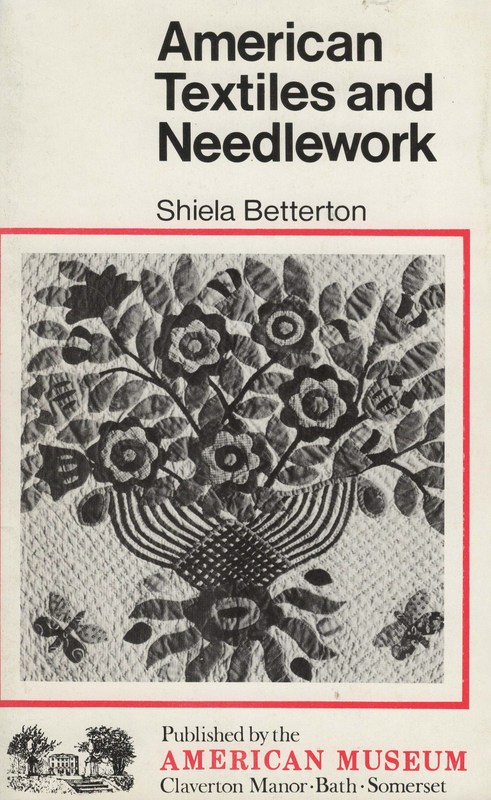 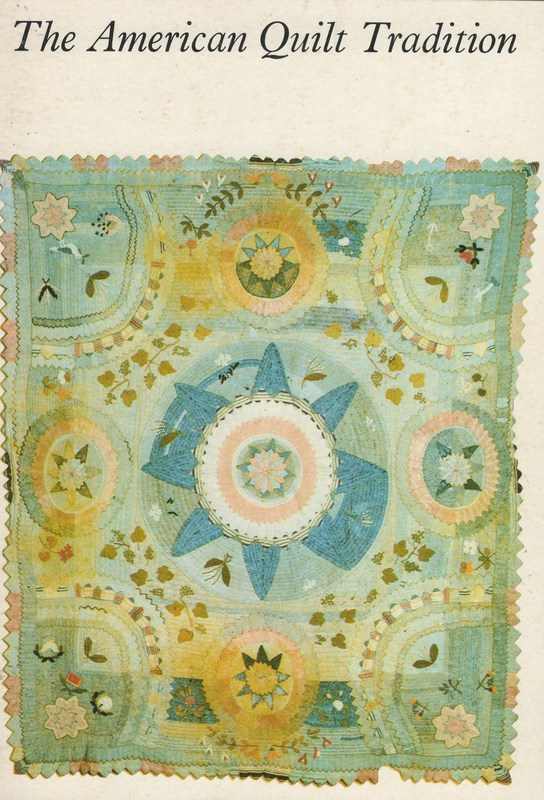 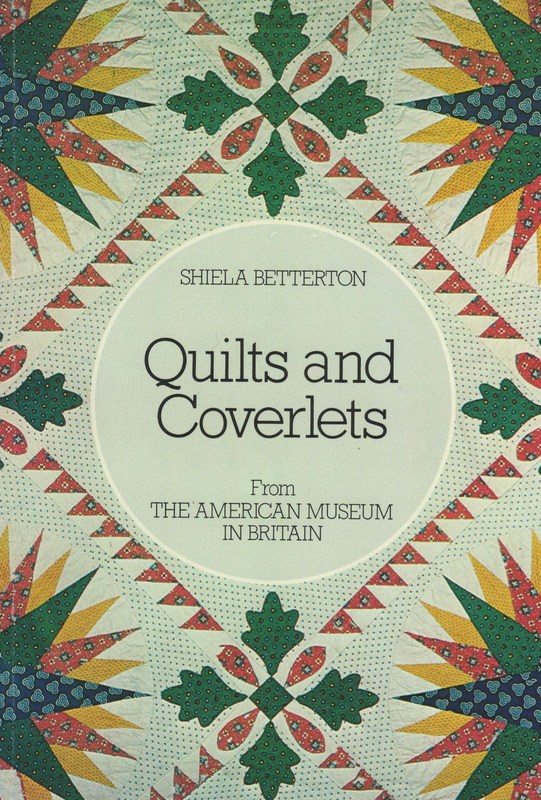 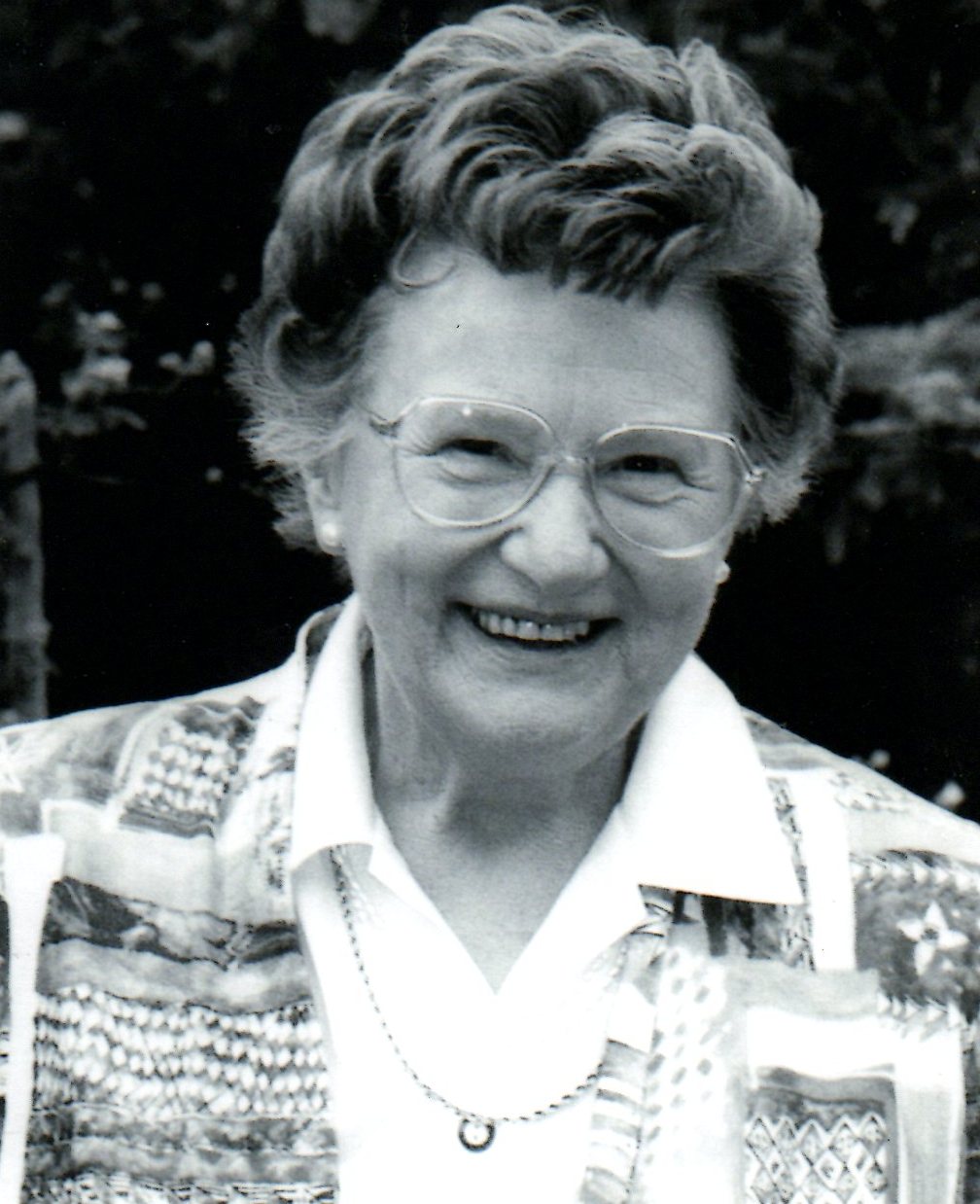