Distinguished scholar, caring and generous mentor, prolific author and pioneering quilt historian are just a few of the accolades attributed to Xenia Elisabeth Blom Cord – the 2018 inductee into The Quilters Hall of Fame in Marion, Indiana. Born in Norway, raised in Ohio and adopted by Indiana, Xenia is devoted to sharing her love of quilt history and to educating the next generation of quilt historians.

During the early years of World War II, Xenia’s parents, Knut and Kitty Blom, resolved to emigrate from Norway to the United States. Kitty and Xenia (1 ½) boarded the SS Bergensfjord, the last ship to leave Norway before the Nazis invaded.  Along with fleeing passengers, the ship carried three million in gold bullion, sent to the U.S. for safe keeping. A German U-boat tailed the SS Bergensfjord, but eventually disappeared without incident just before reaching U.S. waters. Xenia’s father, Knut, was delayed two weeks to fulfill a military obligation. Attempting to reach an open port in Italy and rejoin his family on a later ship, he had to travel by train through Nazi Germany and was detained by the Gestapo for three days. Fortunately, the family was reunited in the U.S. and briefly lived in New York state, where Xenia’s sister and brother were born. In 1944, they settled in Lakewood, Ohio.

Xenia’s unusual name is Greek in origin suggesting someone who is “welcoming” or “hospitable” and her chosen profession was as a dedicated educator. With bachelor’s degrees in History and English and a Master’s degree in Folklore, Xenia Cord taught students at Indiana University in Kokomo for 21 years. In the early 1980s, Xenia began teaching a graduate elective in quilt history, perhaps one of the first of its type ever offered. The course was primarily offered to graduate students in education wishing to upgrade their teaching certification in the summer months. The curriculum included quilting methods and historical styles, as well as personal experience narratives and documentation of family quilts. As the personal narratives were gathered and quilts were documented, community quilt shows were held in 1982, 1984 and 1988 and showcased more than 600 quilts each year.

Many families wanted to sell their quilts, so Xenia offered to facilitate these sales and her brokerage, “Legacy Quilts” was born. Acquiring the quilts on consignment, she was able to find buyers at quilt shows, museums, and antique venues, negotiating anticipated returns for her clients.   Today she is known for the detailed provenance she provides on the dark blue tags attached to every quilt displayed in her booth and her willingness to share her vast knowledge of historic fabric. Her booth has been a regular presence at the American Quilter’s Society show in Paducah, as well as at the International Quilt Festival in Houston and annual shows in Chicago, Lancaster, and elsewhere.  A successful website (https://antiquequilts.net) now reaches out to quilt enthusiasts both nationally and internationally, helping thousands of antique quilts, tops and fabrics to find new homes.

In a non-quilt research initiative, Xenia also spent several years researching and publishing historical information about the pioneering experiences of free African-Americans in Indiana prior to the Civil War.  Her identification of nearly two-dozen African-American settlements in Indiana by 1860 encouraged further research by others, and her research into applications by Indiana’s black residents to the Cherokee Restitution Appropriation Act of 1906 revealed a little-known source of genealogical information for family historians.  These research efforts also appeared in Indiana’s African-American Heritage, edited by Wilma L. Gibbs and published by the Indiana Historical Society in 1993.

In 1990, Xenia and partners, Annette Baker and Joan Townsend created “Quilt America!” – a national quilt show and competition in Indianapolis, which also introduced the quilt world’s longest running breast health initiative through the “Yes Mam!” Mammogram Quilt Project. Quilters were challenged to create fund-raising quilts with the proceeds given to mammogram imaging facilities to provide free or low cost mammograms for underinsured women. This juried quilt show attracted thousands of entrants and attendees between the years 1990 and 2001.

Xenia attended her first American Quilt Study Group seminar in 1993 in Portland, Maine, attending alone and feeling somewhat isolated. After being welcomed by historian Virginia Gunn, Xenia realized that “this is the group I want to be in and this is what I want to do.” Xenia later served on the AQSG board and as President from 2006-2008, as mentoring chair and as co-chair of the Endowment Committee (2008-2016). As Sue Reich, quilt historian, author and the former AQSG President who followed in Xenia’s footsteps states: “Xenia provided astute leadership always keeping focus on securing AQSG’s financial future and moving the organization in a forward direction.”

In 2002 at the AQSG seminar in Rockford, Illinois, Xenia presented an evening “ice breaker” program on aprons as a welcome event. With water pouring down a wall into a pool below and creating a near deafening backdrop, she persevered handing out numbered paper bags and encouraging members to model the contents as she described a history of aprons. The resulting event is one that members still fondly remember. Xenia also gave what may have been the first AQSG study center, offering a session on kit quilts at the annual seminar in Lawrence, Kansas in 1997.  She has presented three papers published in the AQSG annual journal, Uncoverings, including this year’s paper to be presented in Bethesda, Maryland, “Ohio, the Border State: A Regional Study of Vessel, Vine and Floral Quilt Borders.”

As a regional outgrowth of AQSG, Xenia helped to found the Midwest Fabric Study Group in 2002. Welcoming members from 17 states and achieving a membership of more than 125, the MFSG is the envy of other regions. An annual study day, which began in 2009, attracts additional participants and raises money for both the American Quilt Study Group and The Quilters Hall of Fame. Each study day has focused on a decade of quilt history with Xenia as a consistent presenter, along with Virginia Gunn and Sharon Pinka.

And her involvement in the quilt world continues. Xenia is a former Advisory Board member for the International Quilt Study Center and Museum, the former acquisitions coordinator (she facilitated the acquisition of the Sara Miller Amish crib quilt collection of 90 quilts in 2000) and a current Associate Fellow, supporting IQSC with research and a strong commitment to its mission.

She has served on the board of The Quilters Hall of Fame and on the restoration committee for the Marie Webster House in Marion, Indiana and on the Indiana Arts Commission. She has published extensively in both scholarly journals and popular quilting magazines with topics ranging from chintz quilts to kit quilts to refuting the myth of quilts being used to guide runaways on the Underground Railroad.

With her love of chintz fabrics, she bid to win on a packet of antique chintz (sight unseen) at the live auction in Paducah, Kentucky in 2012. The auction proceeds would benefit The National Quilt Museum, but this risky purchase proved to be well worth the high dollar amount bid to win it. This chintz collection resulted in Xenia’s first fabric line, “Bannister Hall Summerhouse” circa 1830, produced by FreeSpirit fabrics. The patents on the designs were still owned by the company in England, so a fabric lover’s trip to England was needed to get permission to reproduce the designs.

Her enthusiasm and expertise on chintz also led to the publication in 2013 of Chintz Quilts from the Poos Collection which she co-authored with Kay and Lori Lee Triplett. Xenia provided an historical overview focusing on the 16th to the 19th centuries and the importance of chintz in the cotton trade market. As Xenia states in the book, “There are thousands of examples of antique chintz still available today in private and public collections, and they survive in quilts, garments, and other related articles. Published and archived examples of chintz fabrics allow only a fragmentary glimpse of the textiles that were once a driving force in the world’s economy.”

In her private life, Xenia has been married to Mike for 57 years and they have four children, five grandchildren and two great-grandchildren. She quilts weekly in two small groups and is a charter member of the Kokomo Piecemakers Guild (celebrating its twenty-fifth year).  As a quiltmaker, she has made over 100 quilts, many of them for charitable organizations. Her personal quilt collections include kit quilts, chintz quilts, name- inscribed quilts and “Russian Sunflower” quilts.

When queried about the future of the quilt world, Xenia states: “I find I have less anxiety over this sort of question than I did.  As an interest area, quilts have survived ebbs and flows in the past, and will continue to do so.  The fluctuating interest in quilts by the commercial public should not affect the deeper interests of those of us who research, collect, create, and otherwise focus on quilts, quiltmaking, and quilt history, because our involvement sustains and preserves.”

Xenia continues to educate, nurture, mentor, challenge and share her vast knowledge of quilt history. And those of us whose lives she has influenced thank her for her generous and giving spirit.

"If you think you want to wash an antique quilt, lie down until the urge goes away!" 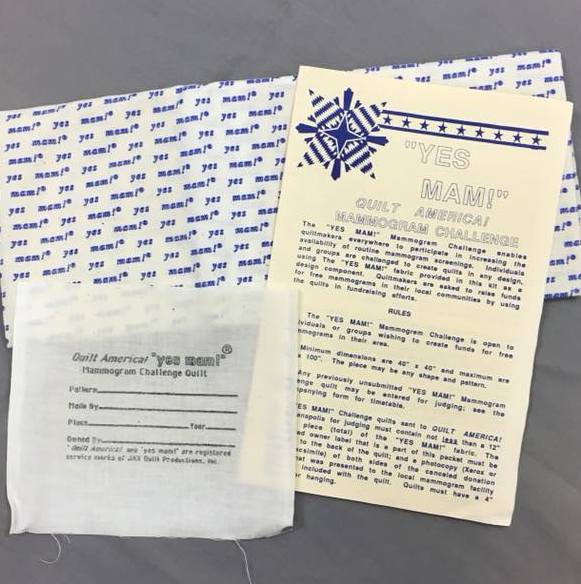 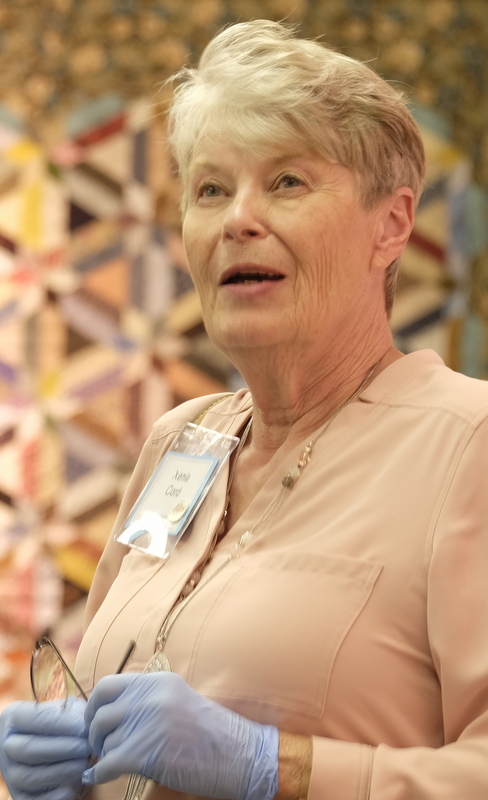 Xenia speaking during her gallery tour "Confessions of a Closet Quilter" at Celebration 2018. 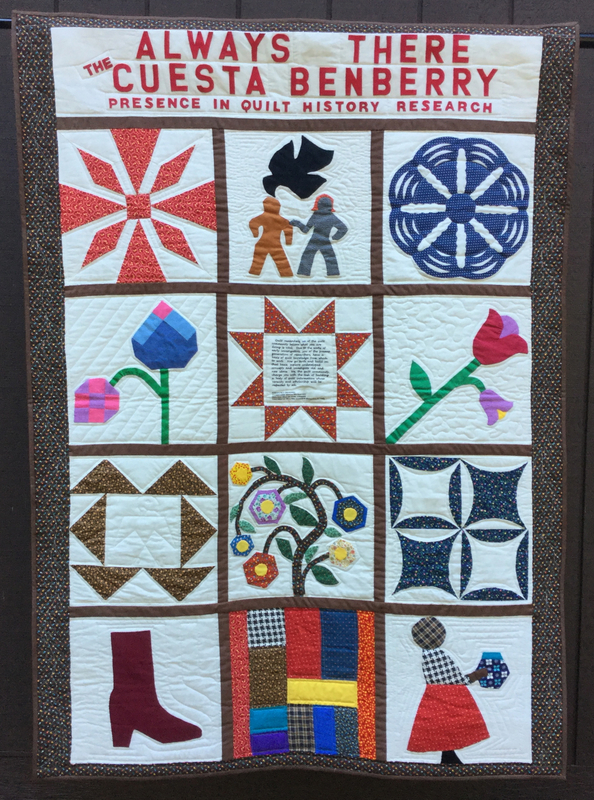 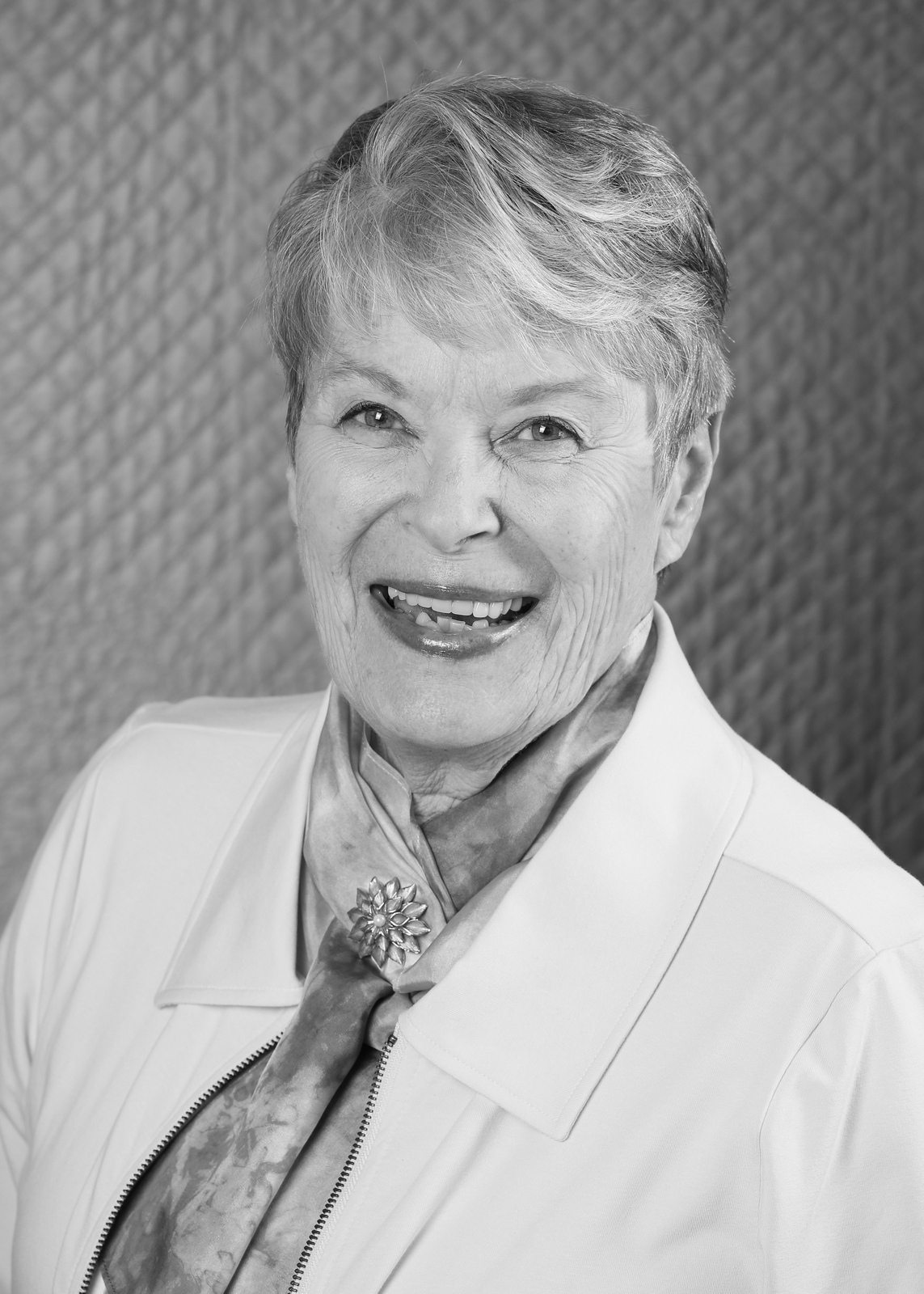