KNOWN NATIONALLY AS A QUILT AUTHOR and scholar, Lenice Bacon's fascination with quilts and quilt lore began during her childhood in Tennessee.  She was intrigued by the patterns and colors of her family's quilts, which seemed to speak to her of stories from another time and place.

Lenice was born on January 28, 1895, in Rockwood, Tennessee.  During her youth, quilts were always a part of her family's life.  Their custom was to send cloth scraps collected from sewing projects to women who pieced tops "on the half," piecing half of the scraps for the Ingrams and the other half for themselves.  After these tops were finished, the Ingrams sent them to another woman to be quilted.

The Ingrams enjoyed a very comfortable lifestyle, encouraging Lenice, a progressive young woman for her time to pursue her education at Ward-Belmont College in Nashville, Tennessee, where she studied elocution under the renowned Pauline Sherwood Townsend.  Lenice continued her studies in speech and drama at the Curry School of Expression in Boston, graduating in 1915.

In 1921, Lenice married Frederick Sayford Bacon and moved to Newton, Massachusetts.  Her husband, a chemical consultant, was a graduate of Harvard University and owned his own firm.  The Bacons were prominent people in the Boston Community, where Lenice was active in political, collegiate and literary associations while raising two children,  Bessie Rilla and William Elisha.

In 1926 after a trip back home to Tennessee, Lenice was inspired by her cousin Rebecca's beautiful Rose of Sharon quilt.  Lenice decided to make a copy for her daughter's Bride Quilt, following an old custom.  For her son, she chose the traditional Randolph family pattern for his Freedom Quilt, completed in 1930.  These were the only two quilts from her hand.  She made the tops, then sent them to expert quilters for the quilting.

Lenice's career as a lecturer began when she was working on these quilts at sewing circle meetings near her home.  Lenice later wrote in her book American Patchwork Quilts, "I suppose I presented an unusual sight-a young woman working on something as old-fashioned as a quilt.  It certainly aroused interest in spite of the fact that quiltmaking was no longer a popular pastime, and people appeared eager to hear about it.  I was asked to speak before groups of club and church women.  Thus my vocation began." The aspect of quiltmaking that interested her most was "how the quilt seemed to have served not only as a means of providing necessary warmth, but also as an outlet for an inherent longing for beauty and decoration." It was her premise "that the making of quilts was the most universal of all the folk arts in early America, appealing to women everywhere and in all walks of life."

Since Lenice's experience with quilts revolved around middle-and upper-class women, she wondered if her theory applied to women from all backgrounds.  While World War II raged, Lenice traveled to the mountain regions of West Virginia, North Carolina, and Tennessee to gather the information that would strengthen her belief "that the quilt served as an outlet for artistic longings." While there, she found that the women who were still quilting were very proud of their quilts.  Making quilts was one of the most stimulating and satisfying parts of their lives.

During her travels, Lenice collected several quilts as well as their stories, which became material for her entertaining lectures on "Quilts and Quilt Lore."  Her training in speech and drama served her well for lecturing.  She dressed in colonial costume and used her quilts and quilt blocks to illustrate her talks.  A management agent handled contracts for her engagements.  Her publicity portfolio contained her photos and a sample press release giving a brief description of her lectures,  the venues, and glowing reviews from local newspapers.

The Rockwood (Tennessee) Times has this to say: "Mrs. Bacon has lost none of the charm of the South and her talk was beautifully expressed, the many poems she quoted and the stories told in dialect adding greatly to her hearer's enjoyment of the subject."

During her speaking career, she presented at least fifty-five lectures in sixteen states and gave one lecture at the American Museum in Bath, England.  Many of her audiences were women's clubs, but after the publication of American Patchwork Quilts in 1973, she was also invited to speak to quilt groups.

In the fall of 1974, honoree Joyce Gross arranged for Lenice Bacon to speak to quilters in California.  Joyce remembered that Lenice rehearsed her presentations "with all the dramatics" and recalled, "At dinner she charmed the ten of us with her quilt anecdotes, delivered in her unique way and all the time her eyes twinkled and her lovely face was full of smiles," (Quilters' Journal Winter 1977).  Nancy Halpern, a nationally known quilt artist living in the Boston area, assisted Lenice during her East Coast lectures.

The first books on quilting were written by Marie Webster in 1915, Ruth Finley in 1929, Carrie Hall and Rose Kretsinger in 1935, and then Florence Peto in 1939.  Lenice Bacon was not only a contemporary but also a student of these women, to whom she acknowledged her indebtedness in American Patchwork Quilts.  She visited both Ruth Finley and Florence Peto in their homes.  Florence wrote to a friend in 1947 after meeting Lenice, "She had my book under her arm and it was almost worn out-said she used it all the time and recommended it to others....She was so interested in what I had to say about textiles telling the story of the age of the quilt."

Lenice also corresponded with Dr. William R Dunton Jr. When his book Old Quilts, appeared in 1946, Lenice was lecturing in Baltimore, Maryland.  "On the very day his book Old Quilts was released," she said, "I went to his home in Catonsville, Maryland, where he autographed my copy," and delighted her with his rare sense of humor (Quilters Newsletter Magazine, no. 73, Nov. 1975).

Nearly thirty years later, in 1973, when she was seventy-eight years old, Lenice Bacon's own book on quilt history, American Patchwork Quilts, was published.  The book jacket described it as "a concise and knowledgeable history. . .with forty-eight full-page plates (thirty-two colored) of quilts. . .[it] gives sound advice on buying, collecting, caring for and repairing old quilts." Reviewer Lee Hale wrote in Quilters Newsletter Magazine, "She knows quilts and quilt lore from personal experience and her knowledge and love of quilts is obvious. . .For quilt history and romance this is one of the best of the new books on the market."  It was included in the Philadelphia Inquirer's list of "Best 100 books of 1973."

The publication of American Patchwork Quilts coincided with an upsurge in interest in quilts following the landmark exhibit at the Whitney Museum of Art in New York City and leading up to the United States bicentennial celebration.  The tempo of Lenice's life accelerated, with frequent lectures on "The Historical Significance of Quilts," television appearances both local and national, and participation in bicentennial events in her native state of Tennessee as well as in Massachusetts.

Lenice summed up her excitement in her 1975 Christmas letter to friends and family: "That the Bicentennial of our country and the nation wide revival of interest in quilts should have coincided has made for a happy combination of events, with enthusiasts, young and old, male and female, individually and in groups, going on a huge 'Quilting Bee' binge".

She died in May 1978 and was inducted into The Quilters Hall of Fame in 1979.  In 1983, an exhibit of the Lenice Bacon Quilt Collection was held in conjunction with the New England Quilt Images Show in Topsfield, Massachusetts.  Most of her collection is in private hands, but the New England Quilt Museum owns several pattern blocks used by Lenice in her lectures, as well as a silk quilt in the Diamond in a Square pattern.

Lenice's curiosity about quilts lasted a lifetime.  What began as a child's fascination with quilt colors, patterns, and stories led Lenice as a young mother to make quilts for her own children.  Later still, quilts enabled her to embark on a career of lecturing and writing.  While fulfilling her "creative longings" in the performance of her lectures, she also made a major contribution to public awareness of the remarkable heritage of our quiltmaking tradition.

“There surely is a quilt revival today and perhaps with it a revival of concern for tradition and craftsmanship and the special beauty of handmade things.” 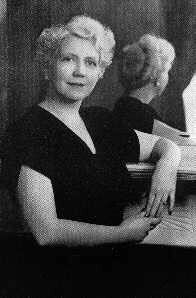 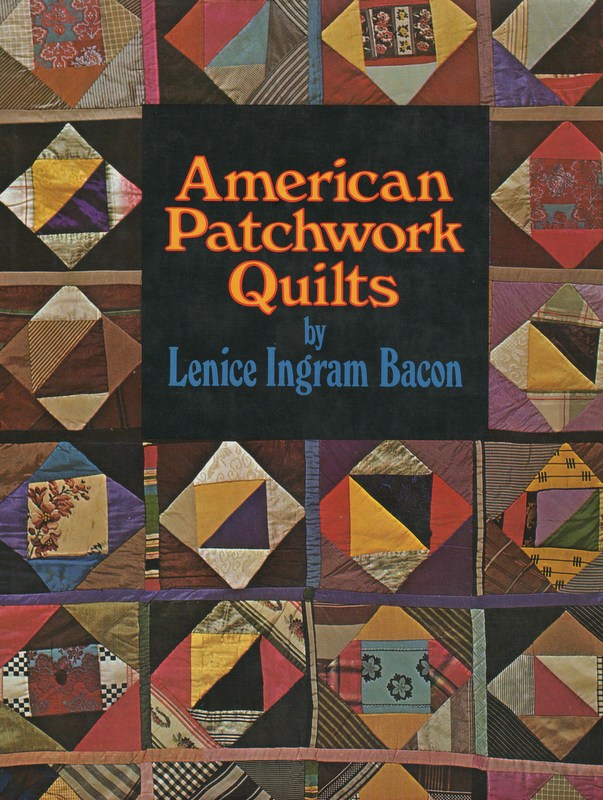 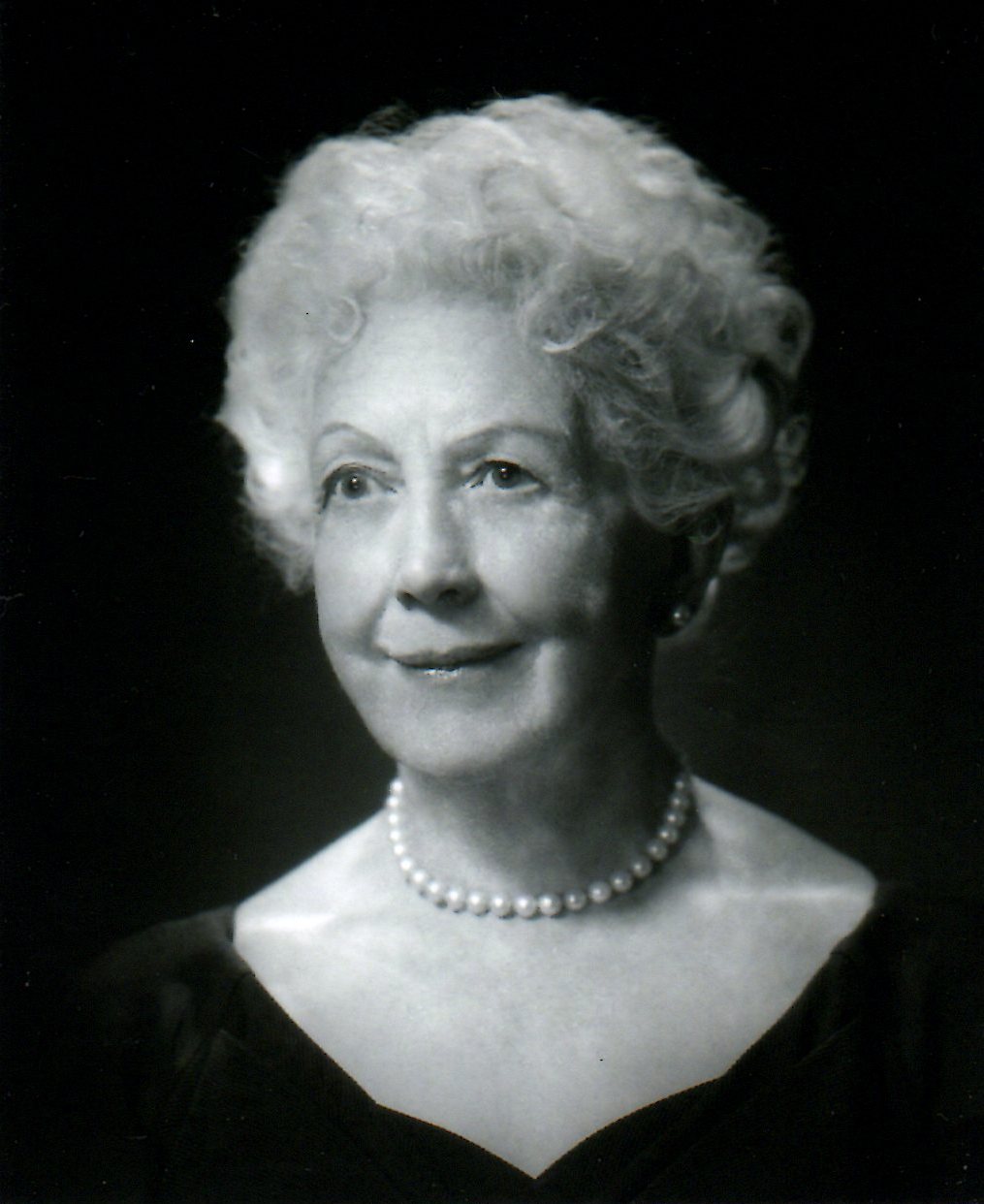