An author, historian, collector, designer, lecturer and quiltmaker, Florence Peto was a woman ahead of her time. She described her first book, Historic Quilts, published in 1939, as "not strictly a quilt book in the sense that it tells how to make a quilt. Rather it is a history of quilts and their makers- a social history of early America." With this goal in mind, she anticipated the late 20th century's interest in quilts as documents of women's history. Historic Quilts launched her career of quilt and textile collecting, curating, lecturing and writing.

Florence Cowdin was born in Brooklyn, New York, in 1881, the oldest girl of Ella and Jasper Cowdin's four children. She married Joseph Peto in 1900, and had two children, John and Marjorie. They lived in Brooklyn until 1940, when they moved to northern New Jersey.

Florence was a prolific writer, beginning her career about 1919 by writing popular stories for magazines. After she became interested in antiques and began collecting quilts, she wrote numerous articles for American Home, McCall's Needlework and Crafts, Hobbies, and Antiques, from the 1930s to the 1960s. Photographs of quilts from her collection often appeared in these same magazines. Her articles began as mostly historical pieces, but later she also included patterns and quiltmaking tips.

Her second book, American Quilts and Coverlets, published in 1949, included a manual of instruction on how to make a quilt, together with more information and pictures of historic quilts and coverlets. She also wrote on other subjects of interest to her, such as glassware and Staffordshire pottery.

She started lecturing in the late 1920s and was much sought after by women's clubs and other organizations. A publicity flyer states that her lecture "is especially adapted to historical societies, educational, civic and church groups, and is an appropriate complement to a quilt exhibition or as the feature of a Colonial tea." She illustrated her lectures with a flip chart of over fifty quilt cloth pattern blocks that she had meticulously drafted and stitched. After she stopped lecturing, she made some of the blocks into pillows to be sold, writing to a friend, "I feel as if I were betraying old friends."

Florence even lectured on the radio. In the early 1940s, her broadcasts on WNYC in New York City were made in conjunction with the Index of American Design, an Arts Service project of the WPA. She also lectured on stations WJZ and WAAT in New Jersey.

Florence Peto began to collect quilts and vintage fabrics when her children were grown and she needed a hobby. She exhibited at many quilt shows, women's exhibitions and antique fairs, most notably the Women's International Expositions of Art and Industries held at the Grand Central Palace in New York City in the 1940s and early 1950s. In 1948, she curated an exhibit of her complete collection of fifty quilts for the New York Historical Society.

Many museums on the East Coast benefited from her collecting and research activities. She was instrumental in having the magnificent Mary Totten "Rising Sun" quilt donated to the Smithsonian Institution, a story told in her book, Historic Quilts. The Shelburne Museum in Vermont, the Newark Museum in New Jersey, the Philadelphia Museum of Art, and the Henry Ford Museum in Michigan acquired pieces from her collection, including some quilts by her own hand.

In addition to writing for publication, Florence Peto was also a prolific letter writer. Today, these letters serve as valuable documents for understanding 20th century quilt history. Her correspondence with Emma Andres of Arizona was published in Quilters' Journal, edited by Joyce Gross, and her correspondence with Bertha Stenge was helpful in Cuesta Benberry's quilt kit research. Letters to Elizabeth Richardson of Tennessee provide a record of Florence's own activities.

Florence knew several people would also become Honorees of The Quilters Hall of Fame. She considered Dr. William Rush Dunton, Jr., a friend, who her enthusiasm for the history of quilt design, and she convinced Chicago quiltmaker Bertha Stenge to use antique fabrics in some of her own quilts. Lenice Bacon paid her a call in 1947, at first mistaking Florence for the maid, before enjoying a long visit together.

Despite a hectic life with publishing deadlines and out-of-state travel, Florence found time to make her own quilts. She preferred early 19th century patterns and styles and used her antique fabrics in her own designs. Florence was also an early "lap quilter," as the discovered it was easier to work on smaller sections of a quilt.

After Bertha Stenge introduced her to contests, Florence won several prizes at state fairs with her antique quilts or with those she had made herself. In the 1950s, she also designed kits for Paragon. Her Calico Garden was selected in 1999 as one of "The 20th Century's 100 Best American Quilts," and its pattern was made available by the Shelburne Museum.

Florence's first quilt, named "Marjorie: A Personality Quilt," was made up of appliqué blocks referring to her daughter's childhood and career. Mother and daughter were very close throughout their lives. As an Army nurse serving in Europe during World War II, Marjorie frequently wrote home to Florence, who complied the letters for publication in 1947 as Women Were Not Expected: An Informal Story of the Nurses of Second General Hospital in the ETO [European Theater of Operations].

Florence Peto was obviously a lively women with a wonderful sense of humor, as shown in her letters. She wrote to Emma Andres in March 1941 about her heavy schedule of lectures: "They keep me talking and talking. It is a wonder someone hasn't popped me into the U.S. Senate- the only place where there is more talking than I do!... So when you do not hear from me, picture me with my mouth open."

Florence Peto died in 1970 at the age of eighty-eight, just as the curtain was rising on the late 20th century quilt revival. Her meticulous collecting, researching, and writing have played a significant role in the history of quilts and quiltmaking in this country. Her documentation of quilts and quilters, textile history and collecting customs is important to any researcher interested in quilt history. The quilts she designed have inspired others to make use of antique fabrics and to reproduce some of the magnificent heirloom quilts of the 19th century.

Florence Peto was a spirited lady with a passion for quilts. That passion has left a magnificent legacy for all quilters and lovers of quilts, a legacy recognized by her induction into The Quilters Hall of Fame in 1980.

"Now the quilt is finished and should it happily escape the ignominy of being locked away in a chest (use a quilt and love it!), it will bring cheer to the best bedchamber and perhaps acclaim for its creator. 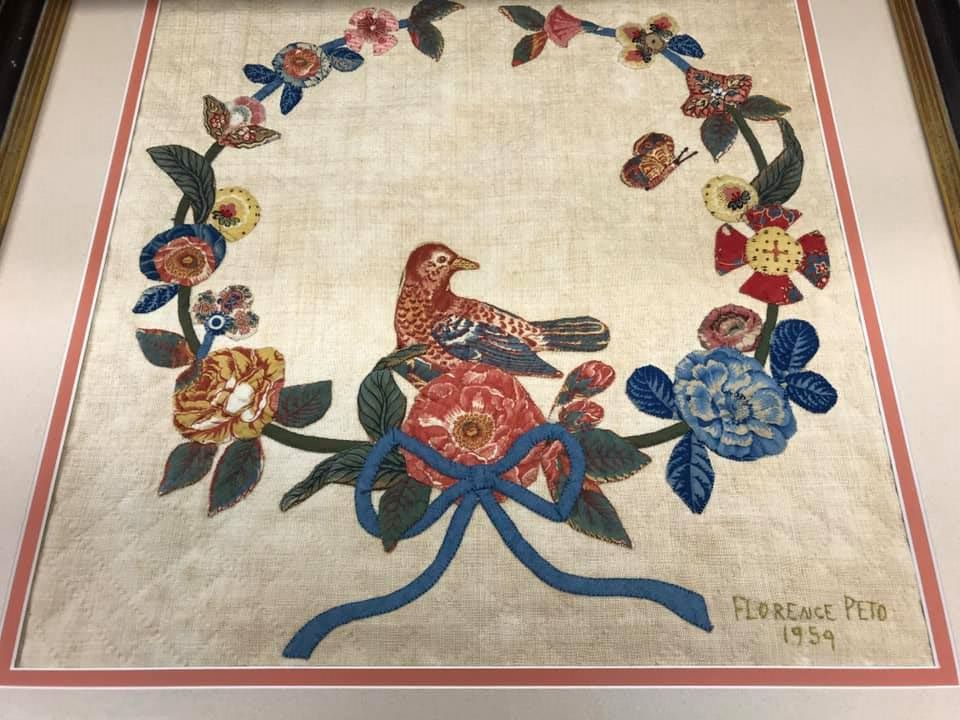 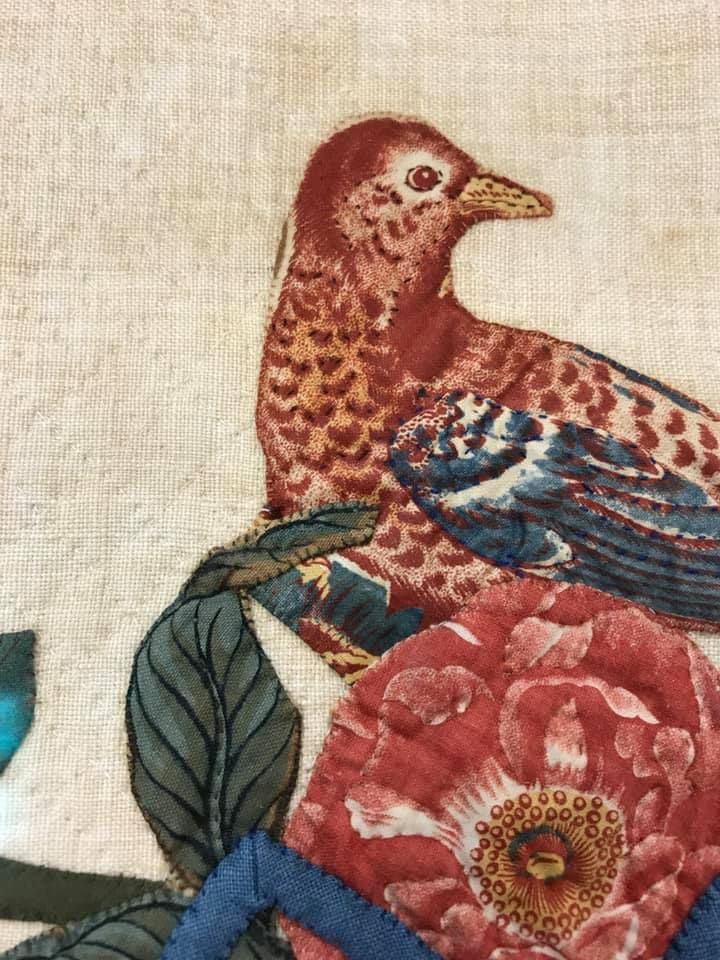 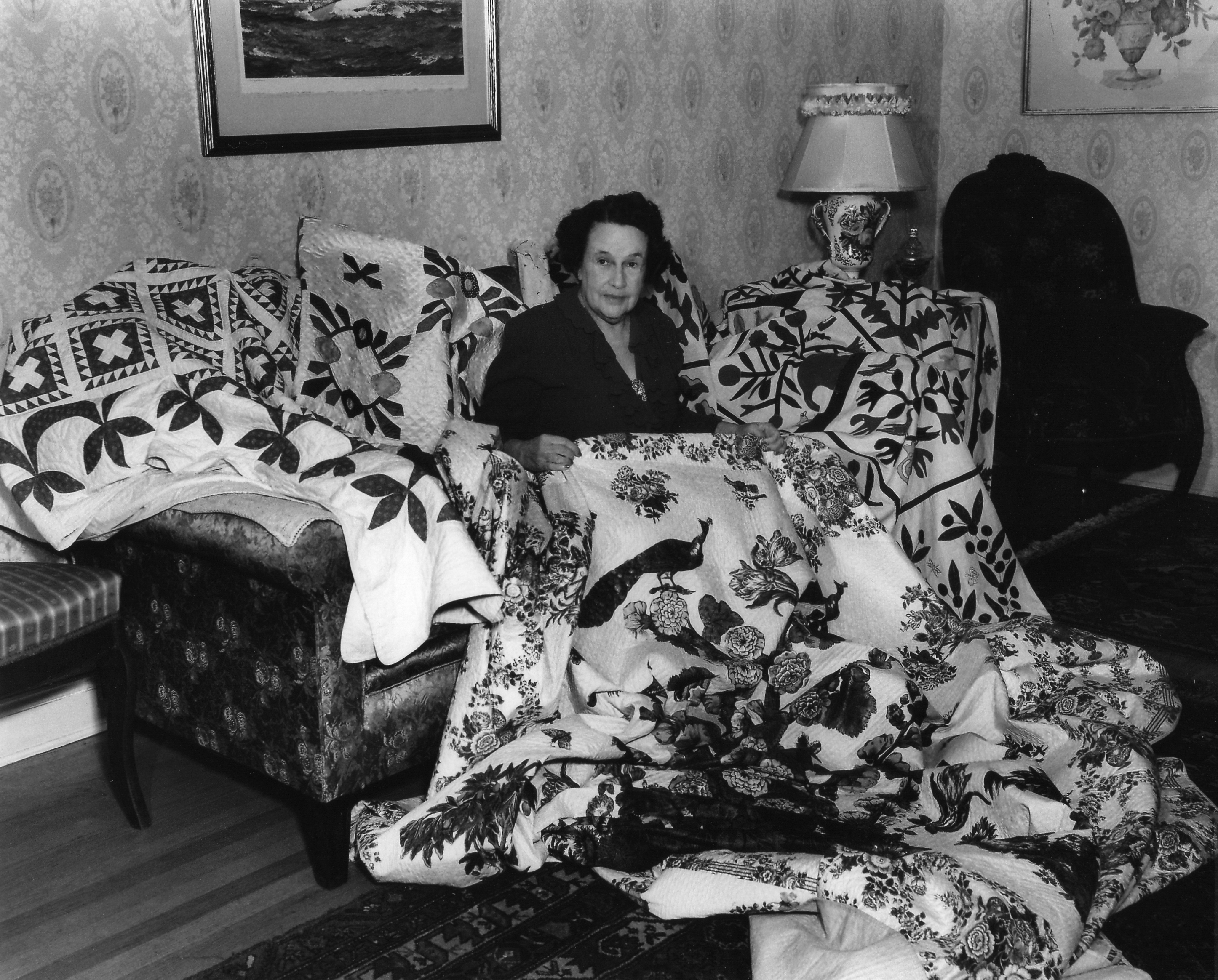 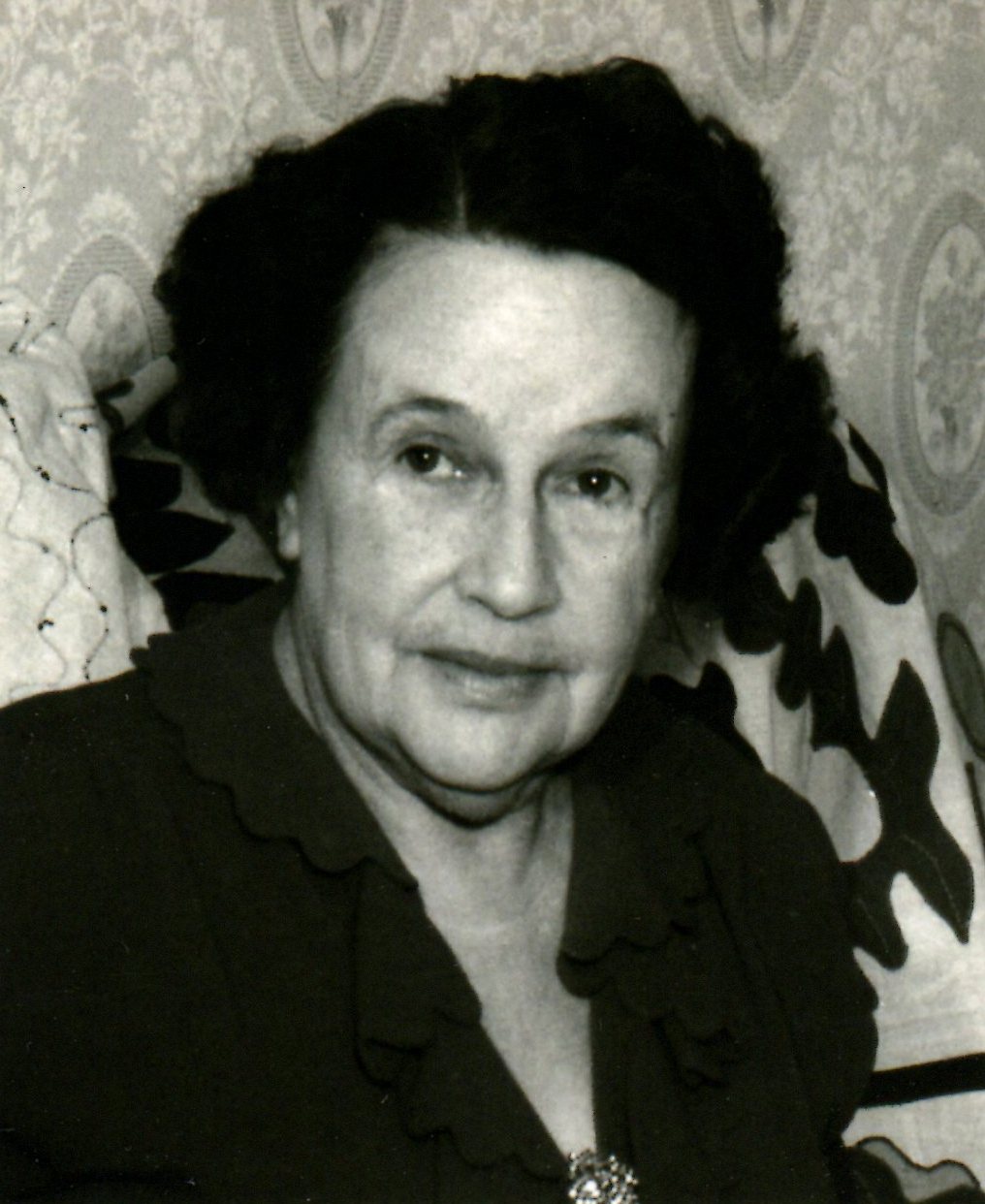