The mismatched blocks of a North Carolina Lily quilt in the window of an antiques shop in Evanston, Illinois, caught her eye. She was looking for something to decorate her new one-room apartment on the North Side of Chicago. Wondering what  unusual circumstances occurred to the quiltmaker to interrupt her work, Merikay Waldvogel decided to give the quilt a home. That was the beginning, in 1974, of Merikay's affair with quilts.

"I doubt that the word patchwork had ever crossed my lips," she told me later, adding, "I did not grow up with quilts in my family. However, I was sewing most of my clothes, knitting, and weaving. That one quilt fascinated me; it changed my life and career path."

By 1977, when Merikay moved to Knoxville, Tennessee, she had added several more quilts and was a collector. As program director of the Knoxville Women's Center, she discovered that quilts offered several possibilities for programs and workshops, and she invited me to be a speaker. We found common interests immediately and soon began planning events and exhibitions together. During the 1982 Knoxville World's Fair, Merikay managed a gallery for the Knoxville Arts Council and curated a small exhibit of antique quilts for the Folklife Building on the fair site.

Throughout the 1980s, Merikay came annually to the Southern Quilt Symposium held at the Hunter Museum of American Art in Chattanooga. There, she extended her acquaintance with collectors, quiltmakers, and quilt historians. She met members of the American Quilt Study Group (ASQG) and was encouraged to join their organization.

Merikay is known for the relentless manner in which she pursues missing information concerning a quilt or quiltmaker. Before the resources of the Internet, research was done through interviews, by consulting publications and  census and court records, and by networking with other people. The stories of her searches would match many a good detective novel. So how did this determined focus begin?

For a 1983 exhibition, Quilt Close-Up: Five Southern Views, at the Hunter Museum, Merikay was  invited to select several Tennessee quilts and write an essay for the catalog. She chose two elderly women who had grown up in the 1920s in rural Sevier County, not far from Knoxville. When she began the interviews, it was like opening a history book for this city girl from St Louis, Missouri.

Merikay's first quilt essay was the beginning of many research projects, publications, and lectures. It was followed by an investigation of a crib-size sailboat quilt she purchased in 1979. A stamp on the back of the quilt identified it as a Works Progress Administration (WPA) product, which then led to a prolonged and rewarding search for the history of the WPA's Arts & Crafts program. With a little encouragement, Merikay presented these findings in her first paper at AQSG in 1984. From one narrow little quilt she was able to relate an important element of United States history during the Great Depression.

Merikay taught English as a second language at the University of Tennessee and Maryville College from 1983 to 1990. At the same time, we began a survey of Tennessee quilts, recruiting quilt guilds and friends to help us conduct quilt days across the state. We interviewed quilt owners, examined and recorded information about their quilts, and then photographed them. The two-year study resulted in one of the first state quilt survey books, The Quilts of Tennessee: Images of Domestic Life Prior to 1930, and an exhibition that toured the state from 1986 to 1988. Now there was no turning back, and quilt research would soon be her full-time occupation.

Merikay's first paper for AQSG was only the beginning of presentations on a variety of subjects. "Quilts in the WPA Milwaukee handicraft project, 1935-1943" was followed by "Southern Linsey Quilts of the Nineteenth Century" in 1987, "The Marketing of Anne Orr's Quilts" in 1990, "Mildred Dickerson: A Quilt Pattern Collector of the 1960s and 1970s" in 1994, and "The origin of Mountain Mist Patterns" in 1995. She became a patient mentor to new researchers and assisted with the publication process in several other capacities when she served on the board of directors of AQSG from 1990 to 1995.

The WPA project, the research on the Anne Orr, and other investigations led Merikay to write a second book. Soft Covers for Hard Times: Quiltmaking and the Great Depression, a thoughtful treatment of quilts and the life and times of the Depression years, was published in 1990. The story of the Tennessee Valley Authority (TVA) quilts designed by Ruth Clement Bond in 1934 for African American quiltmakers whose husbands worked for TVA is among her proudest achievements. One of the Ruth Bond-designed quilts made by Grace Tyler was selected among America's 100 Best Quilts of the 20th Century.

Her next book was a collaboration with Quilters Hall of Fame honoree Barbara Brackman about the 1933 Sears National Quilt Contest, Patchwork Souvenirs of the 1933 World's Fair. It was much more than an account of the contest and its winners; it dealt with the hopes and ambitions of people struggling to make ends meet who found themselves disillusioned by the quilt judging and the apparent misrepresentation of the grand prize winner.

Merikay married Jerry Ledbetter, an engineer, soon after her arrival in Knoxville. He encourages her activities, and they share interests in sports, travel, and hiking in the Smoky Mountains. He was supportive of her early research, encouraging her to "go on the road" and taking her frequent absences with grace and good humor, but in 1992 he met an unexpected test of patience. Merikay learned about a rummage sale of patterns from a quilt pattern collector named Mildred Dickerson of Birmingham, Alabama, recently deceased. Merikay could see endless possibilities for quilt study and felt called to save this woman's life work. She drove home with all the boxes she could maneuver into her car and returned for three additional loads. It was Jerry's lot to produce the shelving to house the collection.

Mildred's ambition had been to collect a copy of every quilt pattern, and she shared round robin correspondence with several other pattern collectors, including Cuesta Benberry. Thus Merikay had an enormous gathering of material relating to pattern identification, quilt kits, and quilt marketing. There was enough in Mildred's file boxes for years of research far into the future.

It became apparent that other collectors on the grassroots level were also storing vast amounts of quilt-related information. In 1993, the Alliance for American Quilts was founded to serve as a home for documenting quilts, quiltmakers, and quiltmaking. With the advancement of the Internet, the Alliance's "home" became a website constructed with Michigan State University Museum and MATRIX: Center for the Humane Arts, Letters and Social Sciences Online at Michigan State University.

The Quilt Index, Boxes under the Bed, Quilters Save Our Stories, and Quilt Treasures became the Alliance's featured projects, the first two receiving the attention of Merikay. She served on the Alliance advisory board (1993-2001) and on the board of directors for the Alliance (2001-2008). Through her efforts, the entire Tennessee quilt survey was one of the first state documentations to go on the Alliance's Quilt Index.

During the survey of Tennessee quilts, a number of quilts made before or during the Civil War were brought in for documentation and had amazing stories of concealment, danger, and mystery. Merikay and I became aware of similar quilts and determined to write a book about quilts that had survived adversity. Merikay was relentless in her search for facts and sources of information. Southern Quilts: Surviving Relics of the Civil War was published in 1998.

An outgrowth of the Civil War quilt research was her in-depth study of early nineteenth-century center medallion chintz appliqué quilts of the South. Again, one antique quilt she acquired prompted her to look for other quilts with preprinted panels. The quilt's cross-stitched date of 1833 and three initials helped narrow the time period when similar quilts were made in the United States and England. Although the story is yet to be finalized, the search has shown how a survey of even anonymous quilts can result in important authentication clues to dating and sourcing antique quilts.

Merikay is the author of yet another book, Childhood Treasures: Doll Quilts by and for Children, published in 2008. With five books, five papers delivered at AQSG seminars and published in the annuals, numerous magazine articles, and lectures, she became firmly established in the field of quilt history and its social, economic, and cultural implications.

The acquisition of the Mildred Dickerson collection in 1992 led Merikay to expand on the research of Cuesta Benberry and others into the origin and marketing of quilt patterns and kits. With the assistance of Marin Hanson at the International Quilt Study Center at the University of Nebraska, Merikay developed a database of kit information including images of kit quilts and quilt kit packaging. She has been a resident faculty scholar at this institution, where she has twice lectured and taught a graduate-level class derived from the Dickerson material. With the assistance of Michigan State University Museum staff, original quilt pattern materials, many from the Dickerson Collection, will be scanned and added to the Quilt Index.

"The pursuit of the vast amount of information in the  libraries and on the Internet is exhilarating, but talking directly to people and hearing their accounts firsthand is even more rewarding," says Merikay. As the stories expand, she searches for clues and links to even more information. her dogged pursuits have become her mark, even as she enlists her family and friends in these activities.

As much as Merikay is known for her splendid and varied publications and her valuable contributions as a quilt consultant in several capacities, her lectures and workshops are her true gifts to people in the quilt world. Her enthusiasm and knowledge captivate the members of her audiences and bring them back for more. Her genuine interest encourages people to broaden their own knowledge of quilt history, just as she was once guided to write her first essay about two quiltmakers in Knoxville and present her first research paper at a quilt seminar. She has brought the vast network of quiltmakers, historians, appreciators, and collectors safely into the twenty-first century.

"What is it about quilts that makes them so alluring and enduring? This still-unanswered question has intrigued me ever since I bought that first anonymous quilt." 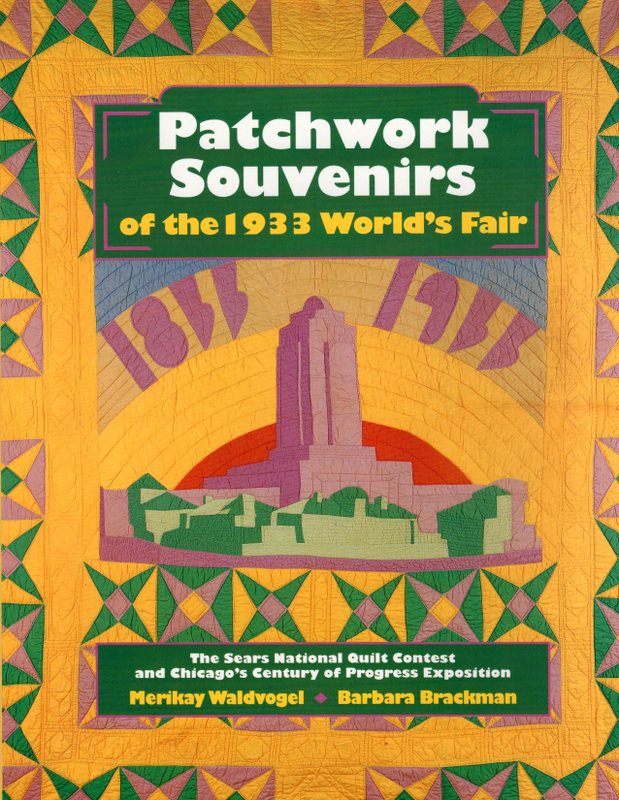 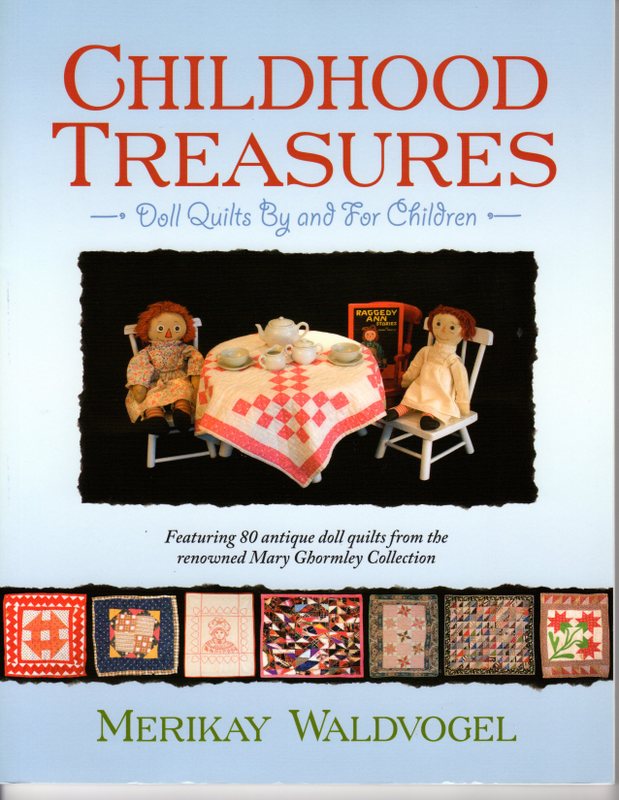 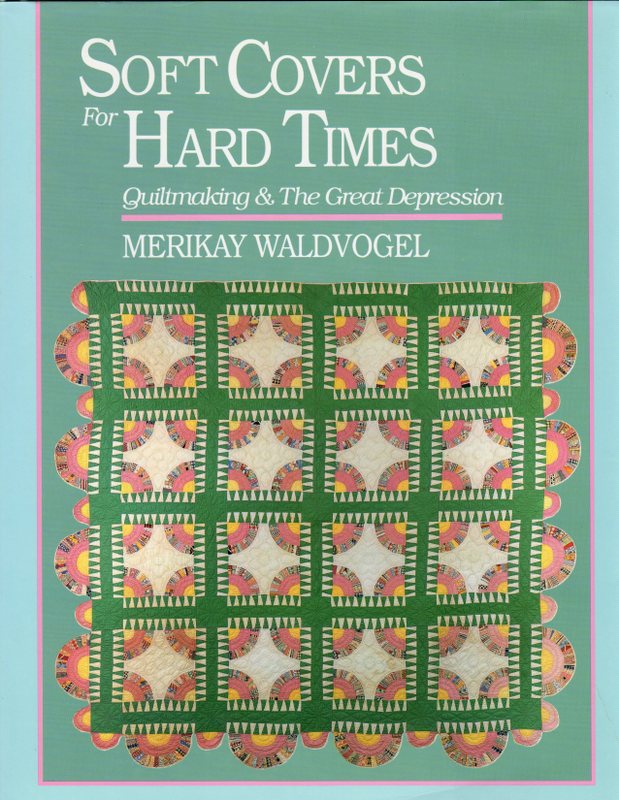 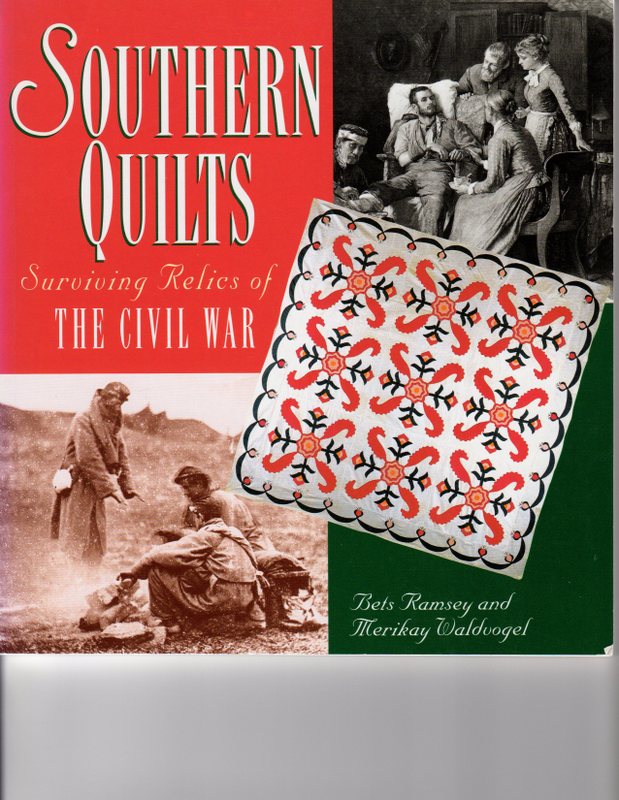 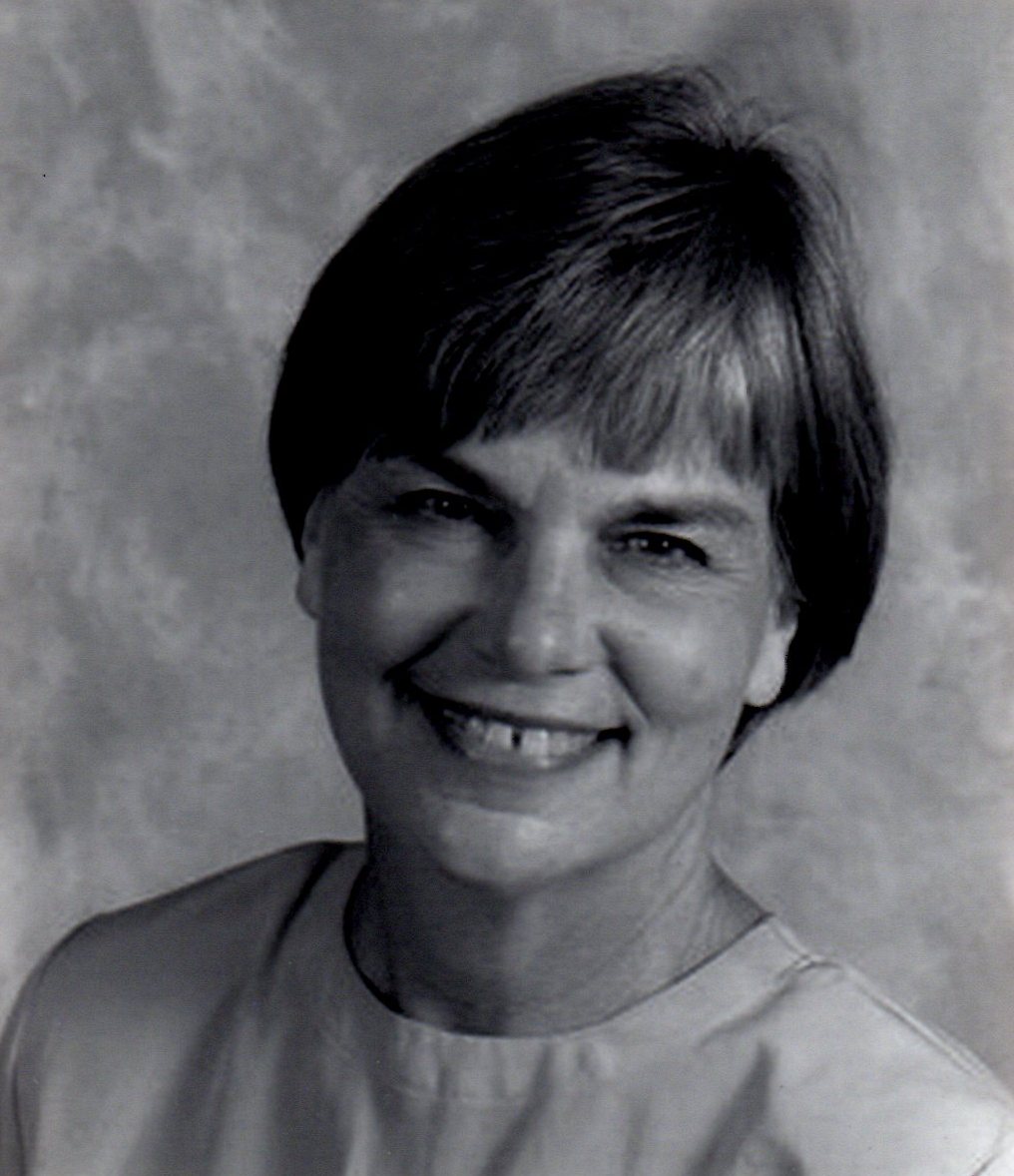 Ramsey, Bets, and Merikay Waldvogel. The Quilts of Tennessee: Images of Domestic Life Prior to 1930. Nashville, TN: Rutledge Hill Press, 1986.