In 1979, SALLY GAROUTTE printed a saying on a cloth block for her friend, Jean Ray Laury: “Who knows what bird will peck at the seed you drop?”  Just one year later, Sally was the driving force in organizing the first seminar of the American Quilt study Group (AQSG). The seed that Sally dropped in 1980 has blossomed into a strong and influential nonprofit organization, the leader in supporting and publishing quilt scholarship, AQSG seminars have continued annually, and the organization is highly regarded for its dedication to quilt research.  While Sally had strong hopes for the group’s future, one wonders if she could have imagined how firmly this seed would take root.

Sally Jeter Garoutte was an energetic, independent, and accomplished woman.  Born to Myrtle and Harry Jeter in Kokomo, Indiana, Sally moved with her family to LaMesa, California, when she was twelve year old.  After high school graduation, Sally earned her R.N. degree from the San Diego County Hospital School of Nursing, where she met her future husband, Dr. Bill Garoutte, and they were married in 1948.  After the birth of their first child in 1949, they spent Bill’s Fulbright Scholarship year in London, England, where Sally studied at the Royal School of Weaving.  This was the beginning of her continuing exploration of textile arts, while raising their four children and pursuing her nursing career.  Travel abroad took her to Indonesia in 1956 and to Tokyo in 1963.  In 1957, she studied oil painting at the de Young Museum in San Francisco, where twenty-six years later she would lead a discussion on quilt history.  In the 1960s, even after she obtained a real estate license and became a community activist involved in Marin County politics, Sally continued her interest in visual arts and took private lessons in stitchery.

Her serious interest in quilts emerged in the early 1970s while she studied silk-screen printing.  It was during this period that Sally Garoutte and Joyce Gross founded the Mill Valley Quilt Authority, an organization devoted to the promotion of quilting and the preservation of quilts.  In 1972, the Mill Valley Quilt Authority organized a quilt show, Patch in Time. This exhibit was a significant event in the West Coast quilt revival of the early 1970s, leading to the collaboration of Joyce and Sally on Quilters’ Journal and the American Quilt Study Group.

Concurrently, Sally decided to study art and graduated with a B.A. in 1976 from Goddard College, where her senior thesis was on color.  She energetically pursued her independent research on quilts and textiles, and traveled across the United Stated (including Hawaii) and Europe, examining quilts and historical documents as well as interviewing quilters and collectors.  This investigative style continued throughout Sally’s life.

From 1977 to 1982, Sally actively participated in the production of Quilter’s Journal.  With Joyce Gross as editor and publisher, Sally performed the duties of textile editor and contributing editor, writing twenty-one groundbreaking articles for the journal, documenting the lives of individual quilters, and exploring a variety of topics in textile history.  She researched subjects such as Turkey red dye, seventeenth-century American textiles, and Hudson Bay blankets. She also wrote an influential analysis of crazy quilt styles.

With so much time devoted to research, writing, and organizational duties, Sally had little time for quilting.  In fact, when asked why she took up quilting, she responded, “Can’t understand it! Don’t like to sew.”  The only example of her quiltmaking is Friends and Relations, made in 1974, which appeared on the cover of Textile Chemist and Colorist in 1978.  Nevertheless, Sally was a self-proclaimed “fabric freak” with a large fabric collection.  Her good friend and colleague Laurel Horton incorporated some of this fabric into several quilts after Sally’s death.

From the early 1980s until her death in 1989, Sally Garoutte devoted herself to the development of the American Quilt Study Group and was the guiding force behind that organization. In November 1980, fifty people, whom she regarded as co-organizers, attended that first seminar in Mill Valley, California.  Given the strong interest shown, a nonprofit organization with a board of directors was formed, and annual seminars have been held ever since.  Sally also edited the seminar papers for the first seven volumes of Uncoverings, which is published annually by AQSG.

The American Quilt Study Group provided Sally with the opportunity to combine her talent for leadership, her need for creative expression, and her powerful hunger for historical truths.  Directing the group eventually usurped most of Sally’s time and, quite literally, most of her home.  Initially, Sally’s dining room was the location of the AQSG library, seminar presenters were housed with the Garoutte family, and Sally attended to the organization’s bookkeeping, correspondence, and publication duties.  In addition, she presented four research papers at various seminars on Marseilles quilts, Hawaiian quilts, early colonial quilts, and California’s early quilting traditions.

By 1987, the AQSG has outgrown the Garouttes’ dining room, so the headquarters was moved to San Francisco, but the library remained in their home.  Upon Sally’s death, her library, textile collection, and quilt ephemera were bequeathed to the American Quilt Study Group, whose seminars continue to expand the knowledge of the history and social context of quilts and textiles.  Her books are now in the Sally Garoutte Core Collection of the Archives/Special Collections of the University of Nebraska-Lincoln.

In addition to her work establishing AQSG, she served as a consultant to various quilt projects, such as the Kentucky Heritage Quilt Search and the California Heritage Quilt Project, as well as to Ferrero Films for the company’s 1985 production Hearts and Hands.

Sally Garoutte’s motivation came from her strong desire to discover and share the truth about textile history, an important aspect of women’s history.  In her foreward to the 1983 volume of Uncoverings, she wrote:

Aristotle observed that “the statements of history are singulars,” wheras those of poetry are universals.  It is exactly those “singulars” of history that the individual researcher goes out to find.  The small singular bits of the record-carefully gathered from wherever time has scattered them, meticulously inspected for authenticity, and willingly offered for public sharing-will in due time fill those massive gaps in our understanding of the lives of women and the nature of their arts.

As is true for all historian, quilt historians find their subject from some individual and personal urge deep inside themselves.  Often they do not even know what led them to a particular investigation.

Clearly, the desire to document women’s arts and a personal urge, whose origin may have been a mystery even to herself, moved Sally Garoutte to devote her heart and intellect to quilt scholarship.  In the American Quilt Study Group, Sally left behind a vigorous organization that allows others to continue that work.  In recognition of her achievements and influence, she was inducted into the Quilters Hall of Fame in 1994.

“Historical research never ends.  We come to an understanding of our history only through small steps continually taken….There is much yet to uncover.” 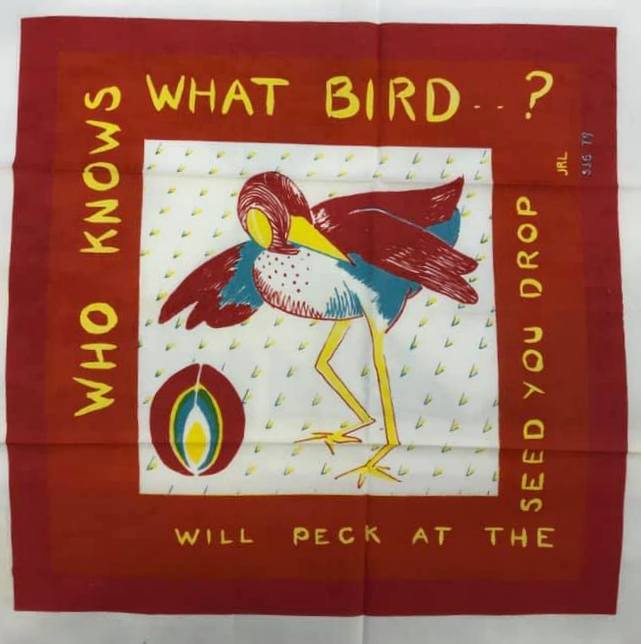 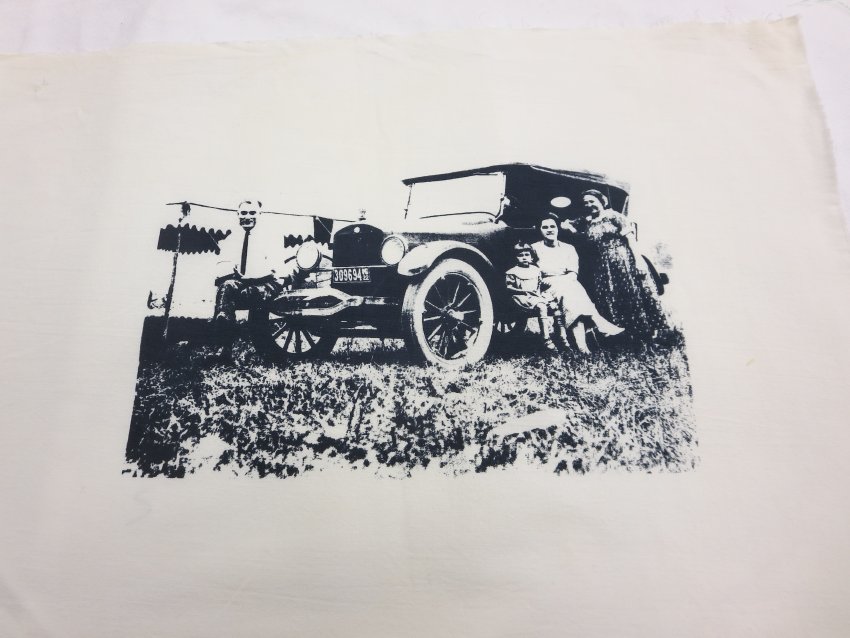 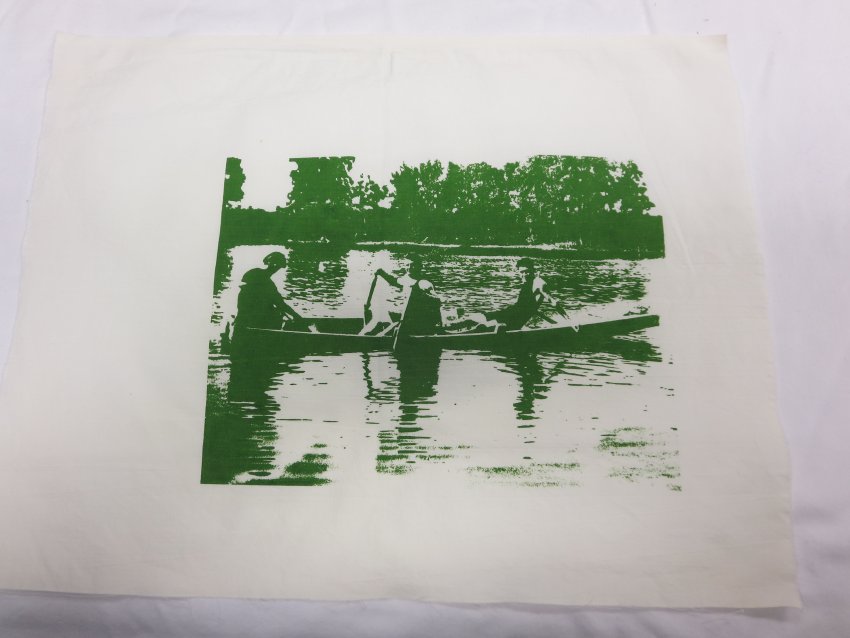 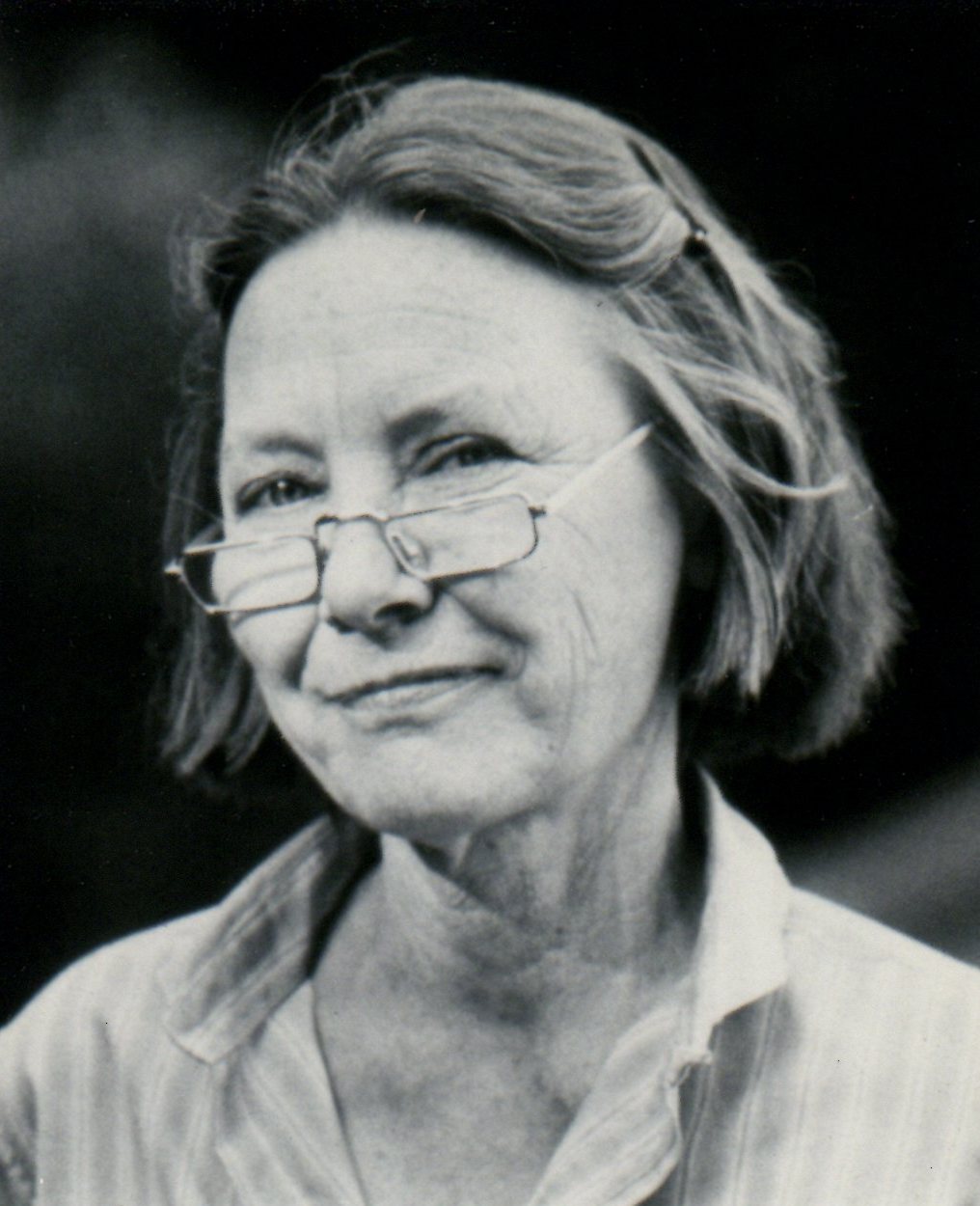