“I’ve lived nine lives,” Marguerite Ickis once said, “and I’ve loved every one of them.”- botanist, teacher, administrator, author, quilt maker, editor, restaurant manager, researcher, and finally, in retirement, artist. Like pieces of cloth and intricate stitches, her life resembles the elements of a patchwork quilt.

Marguerite Ickis was among the first group to be inducted into The Quilters Hall of Fame, during the Continental Quilting Congress in October 1979. Author of The Standard Book of Quilt Making and Collecting, often called "the quilter's bible," Marguerite was honored for promoting quilting traditions and skills in the mid-twentieth century.

A fifth generation member of a Scottish Presbyterian family, Marguerite was raised on a sheep farm in Adena, Ohio, not far from Steubenville, the county seat near the Ohio River. Taught to quilt by her mother and Quaker grandmother, she helped batt quilts with wool produced on the family farm. She referred to her childhood in the early 1900s as "the golden age for this craft" and relished the social exchanges quilting brought into her life, with the quilting bees held on the farm and in neighboring communities.

In 1929, Marguerite received a B.S. degree in Education from Ohio University in southeast Ohio. After graduation, she left her home state for New York City, where she obtained a M.A. degree in Botany from Columbia University. Her career began as Curator of Botany at Massachusetts Agricultural College, a position she held for five years. In 1936, she joined the national staff of the Girl Scouts as Leader of Training in Nature and Arts and Crafts.

In 1940, she became Assistant Editor of Recreation magazine and Dean of the Recreation Training School for the Works Progress Administration (W.P.A.). While with the W.P.A., she constructed her Art Deco Fans quilt (pictured at right) from scraps of costumes used in dramatic productions of the theater division of the Federal Art Project. She later returned to Columbia University to take a position as instructor in Recreation and began a writing career.

Over the next twenty years, Marguerite authored an astonishing number of books on various arts and crafts topics, as well as the book that established her as an authority on quilt making- The Standard Book of Quilt Making and Collecting, which was published in 1949. A basic guide to the art of quilt making, it appealed to novice and experienced quilters alike. Reprinted in a paperback edition in 1959 by Dover Publishing Company, it has been one of their best selling books in the United States and Europe for over forty years. Illustrated with more than 100 traditional and unusual quilts and patterns, The Standard Book of Quilt Making and Collecting includes forty full-sized patterns with complete instructions for planning and constructing the quilts.

The book was designed to provide an "understandable guide for the beginner" and to give the experienced quilter a resource for quilt designs and techniques. Chapters on the elements of design, the selection of materials, design sources, pattern drafting, border treatments, and preparing the quilt frame take the quilter through the creative process with ease. The popular designs include pieced and appliquéd quilts, such as Tree of Life and Wild Rose Wreath. Another chapter features quilts for special occasions, such as album, chintz, crazy and yo-yo quilts. Also included were chapters on collecting quilts and the history and social importance of quilt making. The book clearly defines the utilitarian roles quilts play in our lives, but emphasizes the importance of quilt making as a creative and social resource.

Marguerite felt that the custom of passing quilt making skills from one generation to the next was lost with the onset of the First World War. "The period of time from 1870 to World War I Was the most popular time for quilt making. With the war there was a grand movement away from the farm to the city, and quilting was lost in the process. Quilting fell by the wayside along with many other ideas and values connected with rural lifestyle." Her book made a significant contribution to the revival of quilt making in the second half of the twentieth century.

Although not credited as co-author, Marguerite assisted her friend Dorthy Brightbill with her book, Quilting As a Hobby, published in 1963. The research on old quilts and textiles that Marguerite conducted for this book heightened her interest in collecting quilts and in making quilts from vintage fabrics around at thrift shops.

Retiring from the fast-paced life of New York City in 1975, Marguerite moved permanently to Dennis, Massachusetts, on Cape Cod, at the age of eighty. She had summered there for many years and had even run a small inn and restaurant. In retirement, while continuing to make quilts, she took up her "ninth life"- painting. She modeled her work after the "natives," the school of self-taught artists whose pictures convey stories. Using her own childhood memories of the Ohio farm, family and friends, she painted scenes of quilting bees, young girls piecing quilt tops and social gatherings.

In 1979, she received the news from Hazel Carter that she would be one of the first to be inducted into The Quilters Hall of Fame. The others honored that first year were Lenice Bacon, Dr. William Rush Dunton, Jr., Ruth Finley, Jonathan Holstein and Gail van der Hoof.

Marguerite and her friend, Louise Vaughn, traveled to the Continental Quilting Congress in Arlington, Virginia, to be present at the induction ceremony. As Marguerite was introduced to the crowd, she was welcomed with a standing ovation. She later expressed her delight at this honor, saying she felt like a celebrity in the spotlight, as Hazel presented her with a handcrafted pewter box with The Quilters Hall of Fame "Q" logo on it. A Cape Cod newspaper reported the award in an article: "At long last, national homage had been paid to the First Lady of Quilting."

Marguerite Ickis passed away in August 1980, less than a year after her induction. A memorial fund was established in her name for a recreation room at the Senior Citizens' Center in Dennis, Massachusetts, as appropriate dedication to an individual whose life was devoted to teaching others that enjoyment and importance of pursuing traditional arts and crafts. A display case in the Senior Center contains her Quilters Hall of Fame award and her "naive school" paintings.

“There is both meaning and memory in a fine quilt, and there can be both history and heritage… The story of the quilt is the record of the human family.” 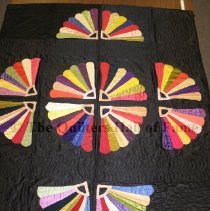 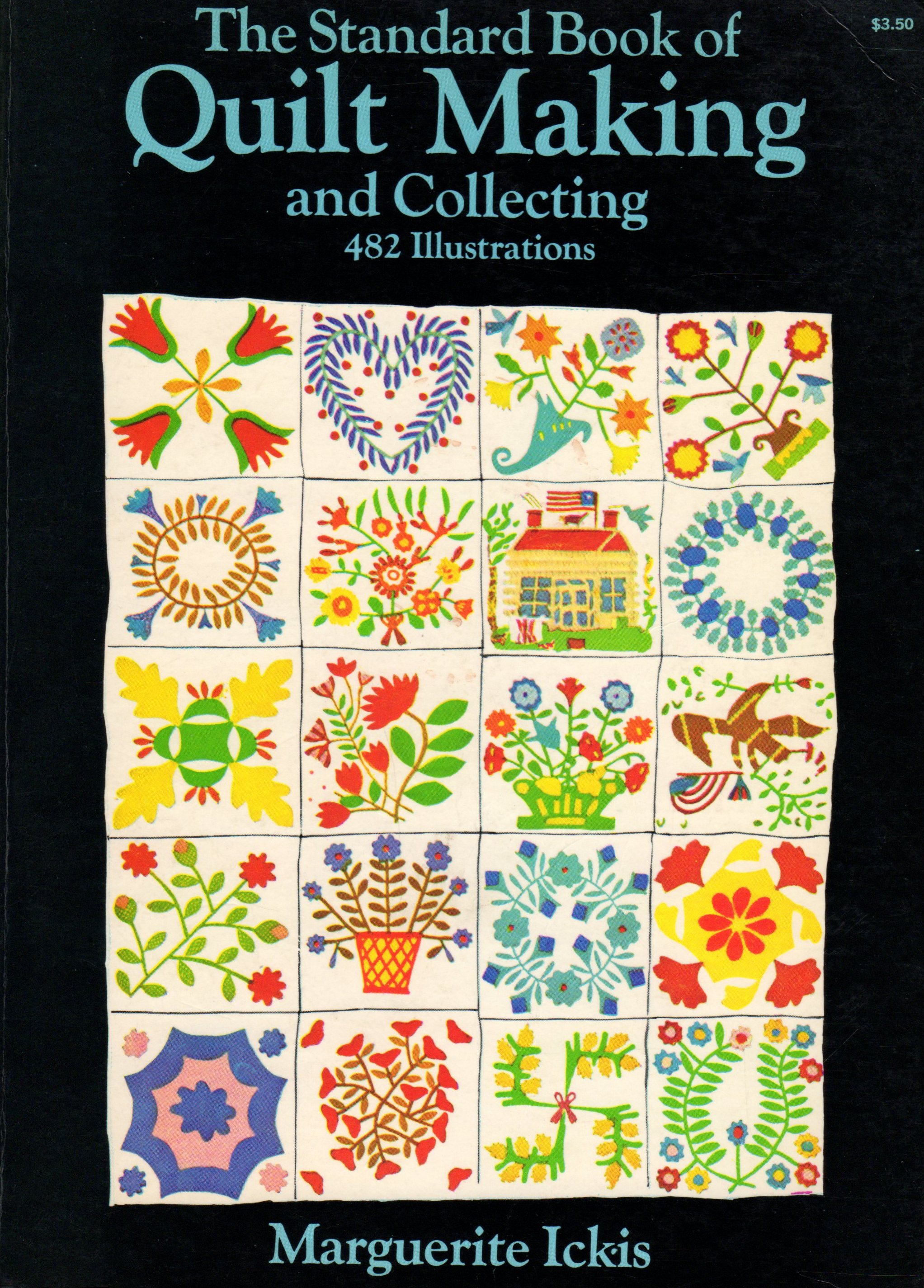 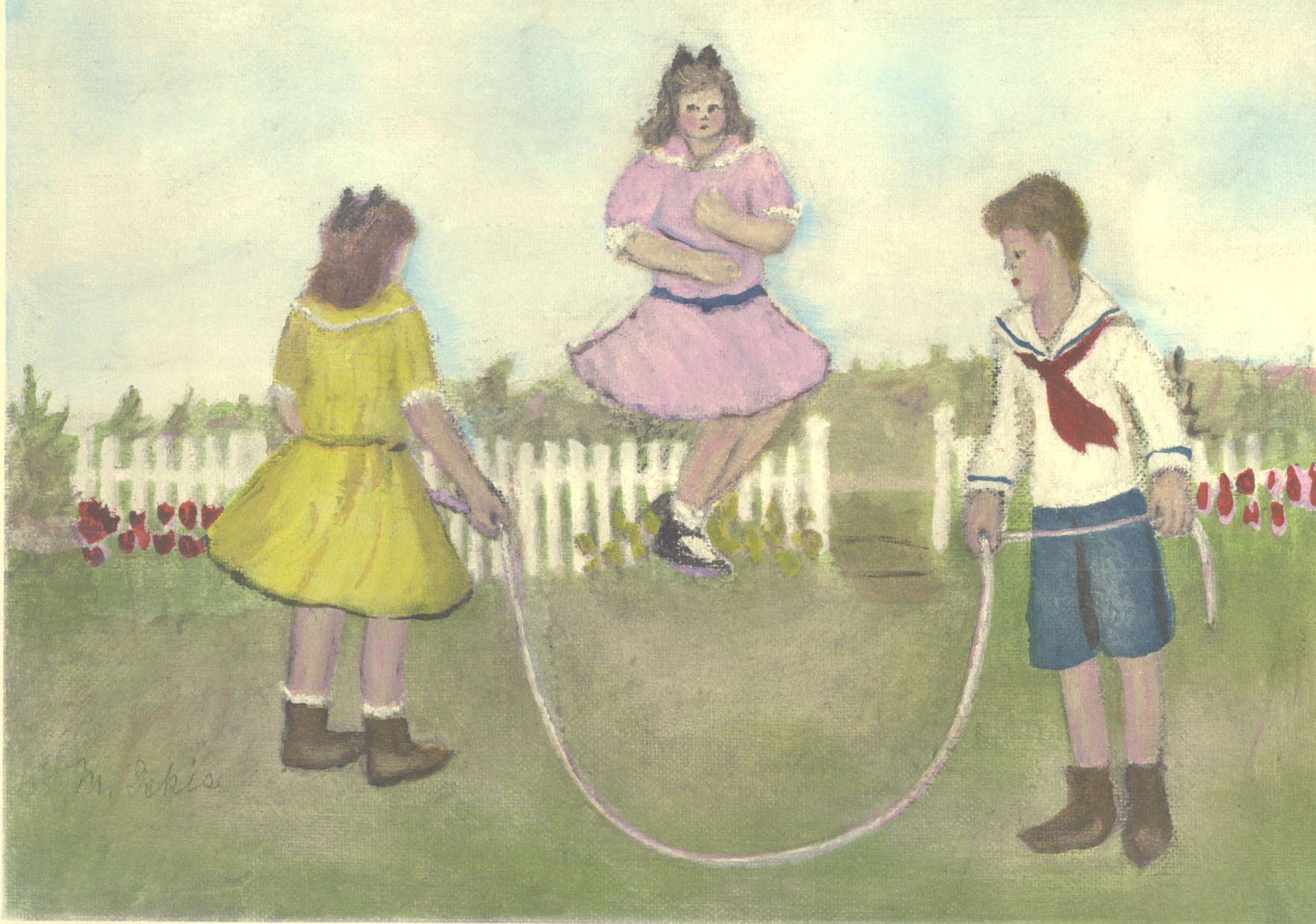 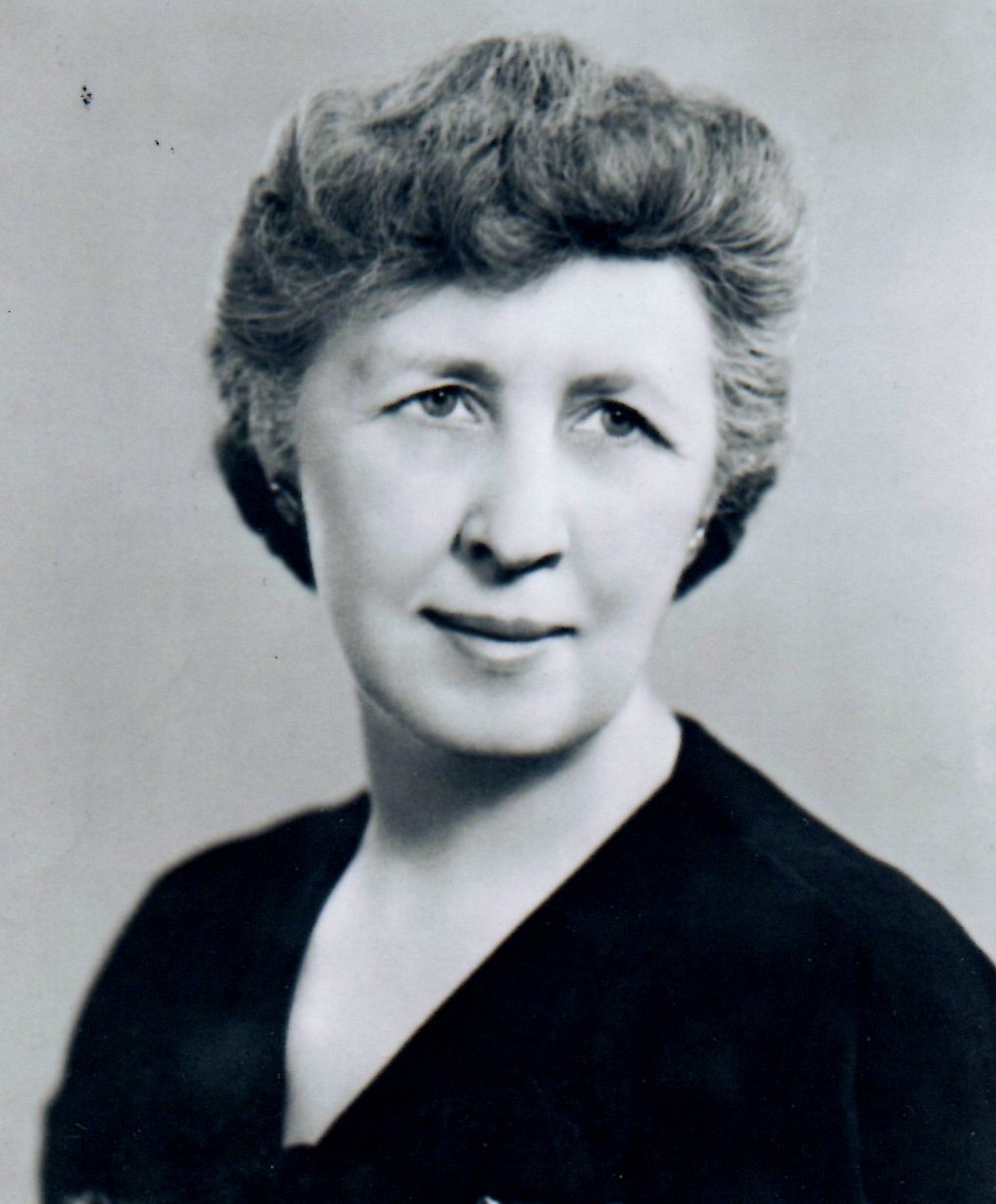 Handicrafts and Hobbies for Pleasure and Profit. Greystone Press, 1948.

The Book of Games and Entertainment the World Over. New York: Dodd, Mead, 1969.

The Book of Festivals and Holidays the World Over. New York: Dodd, Mead, 1970.