Virginia, known as Jinny, is the "grand dame extraordinaire" of the quilt world. Not only is she highly respected, but students and friends often describe her as creative, energetic, humble, innovative, charming, and smart. Nobody hosts or enjoys a party more than Jinny, and she is a wonderful friend to all who are lucky enough to call her such.

As a young child growing up in a small town in Indiana, Jinny taught herself to sew on her mother's treadle sewing machine. She has always loved colorful fabrics and the process of designing and making her own clothing. After graduating from DePauw University in Greencastle, Indiana, with a B.A. in liberal arts, she took a job in Detroit. There she met her husband, a writer for United Press International.

As a young woman, Jinny had dreamed of living in New York. Shortly after she married, her husband was transferred- to New York! They raised four children in their lovely mid-nineteenth-century antiques-filled home in Port Chester.

Jinny has been consistently at the forefront of the quilting industry, and her  early success at teaching and writing have helped to validate quilting as a profession. Jinny's career began when she taught sewing and tailoring at local fabric shops. It was during the early preparations for the country's bicentennial celebration- when quilting experienced a grand renaissance- that Jinny began to think about teaching quilting classes.

It didn't matter that she had no idea how to quilt; her sewing skills and creative instinct were all she needed to give herself a crash course in quilting. She began to teach her students with great success, although she often admits she had to stay up half the night to keep one step ahead of her classes, which surely none of her students would have ever suspected.

An early influence on Jinny's interest in quilts was her long friendship with Florence Peto, whom she met in new York City in the early 1950s while Florence was demonstrating quilting at a McCall's needlework exhibit. They met frequently for lunch and maintained their friendship until Florence's death in 1970. Jinny then wrote two articles about her friend for quilting magazines.

Another ;pivotal event in Jinny's life occurred when she attended the Finger Lakes Bicentennial Quilt Conference in Ithaca, New York, in 1976. There she met many of the leaders of the burgeoning quilt world, including future Hall of Fame honorees Jean Ray Laury, Jeffrey Gutcheon, Bonnie Leman, and Michael James. When she saw some of the attendees wearing patchwork clothing, she was inspired to begin teaching classes in quilted fashions.

Jinny has always been a strong advocate for wearable art. One needs only to see her to know she believes women can and should wear their art. her typically black, red, and white patchwork garments, accessorized with colorful accents and her "It's OK"rhinestone pin, are worn with panache and have become her trademark style. Jinny's influence has given credibility to quilted and embellished clothing and has raised this art form to a huge level of professionalism.

When the Fairfield Fashion Show was started in 1978, Jinny was the first person invited to make a garment. The show's organizers needed only to enlist Jinny to convince other designers to participate. in all, Jinny was featured in eighteen of the twenty-two Fairfield Fashion Shows and continued to dazzle audiences with her one-of-a-kind garments, which were also featured in four of the Bernina fashion shows that followed. In 1994, Jinny curated a wearable art exhibit at the Museum of the American Quilter's Society.

Teaching is important to Jinny. By sharing her talents, she ensures continuity of her creative heritage. Not only is her quilting an inspiration to her students, but Jinny herself is an inspiration. Through her classes, she cultivates quilters' imaginations and encourages beginners to stretch their creativity. Her extensive knowledge, great sense of humor, and incredible patience have contributed to her extraordinary teaching ability. I can't tell you how many times I've heard quilters tell me, "It all began when I took a class from Virginia Avery." Students praise Jinny as one of the best quilt teachers they have ever experienced.

Jinny was probably one of the first to teach quilting outside the United States, and her work has been exhibited extensively in  both the United States and abroad. her one-woman shows have been mounted at  the Rye Art Center, Rye, New York; Port Chester Public Library, Port Chester, New York. DePauw University Art Center, Greencastle, Indiana; and Textile Museum of the Smithsonian Institution, Washington, D.C.

Jinny is also a prolific writer. The Big Book of Appliqué, published by Scribner in 1978, introduced a whole new generation of quilters to the joys of appliqué. She has written numberous quilting- and clothing- related articles for quilt and needlework magazines, including Quilters Newsletter Magazine, Fiberarts, Threads, County Journal, McCall's Needlework, Lady's Circle patchwork Quilts, and many others.

her books, Quilts to Wear (published by Scribner in 1982 and later reprinted by Dover) and Wonderful WEarables: A Celebration of Creative Clothing (published in 1989 by the American Quilter's Society) were largely responsible for an increased interest in quilted and embellished clothing that began at that time. Jinny also wrote Hats: A Heady Affair and Nifty Neckware, which proved to be real primers for her classes on accessories.

For "expanding horizons and creating new opportunities for other quiltmakers," Jinny received the prestigious Silver Star Award at the International Quilt Festival in 1996. Hundreds of students, friends, and family were there to celebrate and enjoy this important award. At the ceremony, she was praised for "devoting her own creative genius to foster the creativity of other quilters and wearable art designers... but her real legacy will be the thousands of quilters throughout the world who have learned to love quilting and wearable art in the classes presented by this enthusiastic master teacher."

Festival director and Quilters hall of Fame honoree Karey Bresenhan later noted, "Virginia is not only one of the most creative and talented people in the world of quilting, she is also one of the most sharing with both er time and knowledge."

Jinny's sphere of recognition extends far beyond the quilt world. Mirabella magazine recognized Jinny's contributions by naming her one of "the 1,000 Most Influential Women in the United States" in 1996. Jinny was one of only two women known primarily as a quilter among these 1,000 women. (The other was honoree Nancy Crow.) In addition, Jinny was awarded a Distinguished Alumnus Citation from DePauw University.

On a slightly different creative note, Jinny has played piano in a jazz group she formed more than fifty years ago. Known as the King Street Stompers, the group meets monthly at Jinny's home to jam and entertain an enthusiastic audience of friends and friends of friends. What fun it is to listen to Jinny and the eight other musicians, all men, playing familiar old standards and lively Dixieland tunes. The group has appeared on the Today Show and played for delegates of the United Nations. Jinny has often said that the common thread between her love of quilting and jazz is the improvisation, and no one is better at improvisation than Jinny.

Jinny is truly a legend in the quilting world, never afraid to venture into new territories or experiment with new techniques. Her witty quilts and wonderful wearables have had a tremendous impact on today's quilters. Everyone who has been touched by her humor, passion, and generosity would certainly agree that Virginia Avery's induction into The Quilters Hall of Fame is well deserved.

"As we all get deeper and deeper into quilting, our approaches become so innovative, so experimental, so inventive, that we wonder if in time we will sever the thread of continuity which leads to the past and our quilt heritage. I think the answer is 'no way.' No way at all." 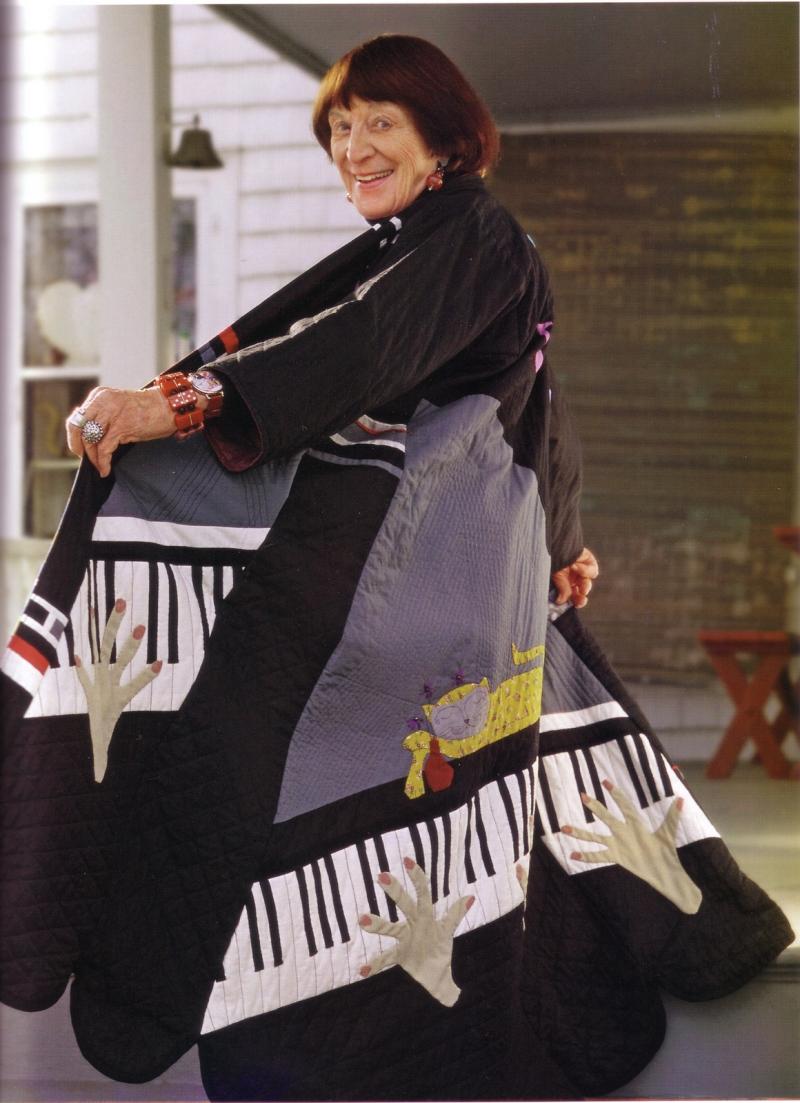 Coat by Jinny entitled Don't Shoot the Piano Player, She's Doing the Best She Can 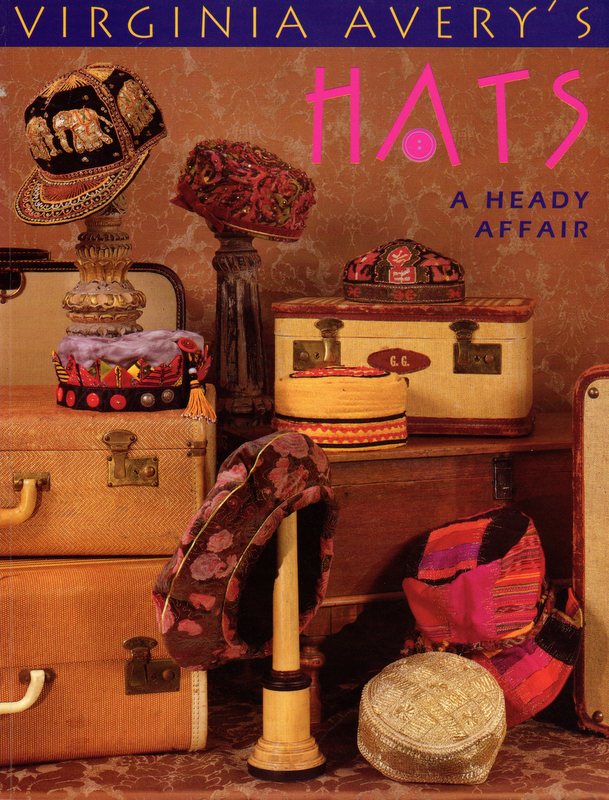 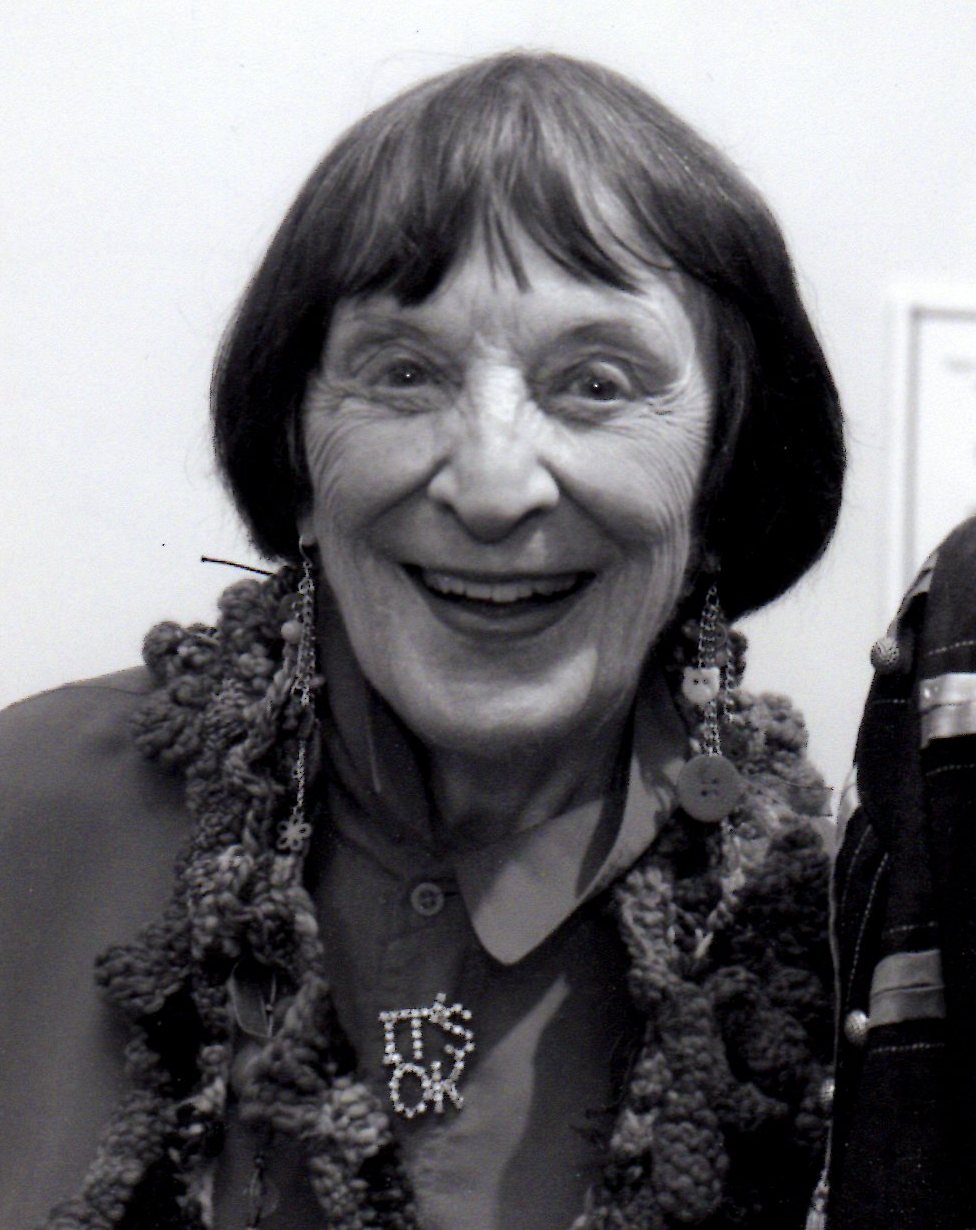