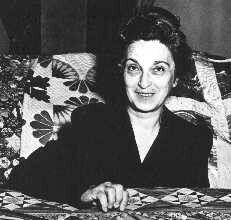 If you own a fascinator, now is the time to wear it; get out your white gloves too because we’re going to meet the Queen. Queen Bertha Stenge, that is—the 1930s-40s “Queen” of Chicago quilting.

Of all the blogs I’ve written so far, this may be the hardest for two reasons.  The first is that I have been championing a Stenge contemporary who was also from Chicago, and I don’t like to see my favorite upstaged. (I wrote about Mary Gasperik back in September, and she’ll be the Heritage Honoree at the 2021 Celebration, so it’s all good.) The second and more difficult reason is that there’s not much written about Bertha Stenge. Where were the paparazzi for this queen?  Let’s see if we can remedy the dearth of coverage.

You can read Bertha Stenge’s biography on the Hall of Fame website (link below) and there are a few other places where her basic info is available.  But it’s all very basic, mostly her many awards—not fitting for a queen at all! In fact, of the >250 articles mentioning her on Newspapers.com, almost a third told the same story of how she began quilting during an illness, kept at it for 25 years, and hoped to complete 50 quilts before she was done. Another third used her quote about young women of her day being too impatient to quilt—“too restless”. Most of the remaining entries gave a bare report of her placement in the local fair or quilt show. But I persisted, and found a few interesting tidbits to talk about.

Let’s start out with two of the most famous Stenge quilts, “The Quilt Show” and “The Quilting Party”.

A few things to note about this quilt-once you get over being gob-smacked by the detail. (All thirteen quilts are actually pieced.) I love the floral motifs in the double-rodded cross hatch quilting; and then the switch-up in the wide white border to signal that these quilts are in the winner’s circle.  This is that kind of attention to detail that puts a jewel in Queen Bertha’s crown. Stenge didn’t always do her own quilting, but I feel sure she designed or at least specified the pattern. And use of trapunto became a signature element for her after her first few quilts.

Is it fanciful to think that the Irish Chain quilt in the center is “Best of Show”?  It’s the only mini that has a border, so I like to imagine Bertha consciously gave it pride of place if not a ribbon. And she didn’t stop with the central images; she continued her detail into the border motifs, creating a showcase of other blocks that might be seen at a quilt show. These could easily compete with some Dear Jane quilts. And showing that even queens can have a sense of humor, Stenge has signed the quilt in a traditional album block.

“The Quilt Show” above is in the permanent collection of the Art Institute of Chicago, and you can see their other Stenge holdings at the link below. The next quilt, “The Quilting Party” is at the Illinois State Museum along with several other Stenge quilts, and there’s a link for that too. And while you’re in the link section, you’ll see one for the Chicago History Museum which owns Stenge’s 1933 World’s Fair quilt; it has an unusual quilting pattern which is definitely worth seeing. So, let’s go to the party.

This is another quilt where detail reigns supreme. I saw this beauty in person about five years ago.  Look at some of the tiny, precise additions which add so much to the “picture” in the middle.

The center alone would have been a tour de force, but again, Stenge doesn’t stint in the borders. How many can you count? And here are some detail shots I took of the fabrics:

You’ll have noticed that the yellow and red print in the star centers on the right is the same as that used on the “quilt” in the center.  Once again, Bertha is winking at us.  But the fabric also provides a segué into another interesting aspect of Stenge’s quilting career, and that is her friendship with Florence Peto (another Hall of Fame Honoree) and others. Bertha and Florence lived in different states but stayed in touch through letters.

It’s said that Florence Peto was instrumental in convincing Bertha Stenge to work in traditional and center-medallion style. I’m not sure how much convincing Stenge required; her earliest works are pretty traditional.  But I do know that Peto played a big part in getting Stenge to use historical fabrics like that purple stripe in “The Quilting Party”.  Peto often instigated round robins or supplied fabric and challenged Stenge and her other pen pals to use it in a quilt.  Take a look at the sashing in this Sawtooth Star quilt that Stenge made. Those of you who are quilt historians will recognize that wavy stripe and brownish-reds as being old (maybe 1870s?), and it’s just the kind of thins Peto used and shared.

We can also look at another example, “Gazelle”, and wonder if some of the fabric came from Peto. Here’s the photo I took at the Intenational Quilt Museum.  The first detail has fabric in three colorways, and could have been a challenge. I don’t know what to think about the floral in the second one because Stenge seems to generally rely on solids and tone-on-tones; this could have come from Peto, but there’s no proof.  Either way, my heart warms with the thought of these ladies sending around their quilting missives, sharing their progress much like we do today online. And who wouldn’t want to be the Queen’s correspondent?

As an aside, “Gazelle” was made from a newspaper pattern—something unusual for Stenge who largely favored her own original designs.

No discussion of Bertha Stenge is complete without mention of her artistic talents. Here are some examples of how she used her formal art education in her quilting.

This quilt is pieced in a secondary palette of purple, orange and green, showing a good grasp of the color wheel, and inverts the central medallion format in a way that is innovative while still being controlled.  Stenge made other hexagon quilts which can be seen in the Illinois State Museum collection.

Here’s a quilt that shows how Stenge could break out from her traditional preferences and emulate the Art Deco Style.  It’s also whimsical with blocks representing sardine cans, and celery and tin-opening keys in the quilting. (OPA was in charge of rationing during World War II.)

And speaking of whimsy, look at this detail from “American Holidays”; the Valentine is being mailed to Bertha Stenge!  The Queen can poke fun at herself.

What?  The Queen pays taxes?  Well, at least she was a good sport about it and saw the ironic side of things.  Stenge didn’t compete for the prize money (her biggest award was put into war bonds).

I’m going to wrap up with my favorite Bertha Stenge quilt, Iva’s Pin Cushion. I love the subtle coloring and design symmetry, and the trapunto work and quilting are exquisite.

Well, I hope you’ve enjoyed this visit with Bertha Stenge. Do you agree she earned the title of “Queen”? She showed humor, a quick wit, a command of her art, and loyalty to friends. To top it off, she was modest (“The two things you need most in making quilts are plenty of patience and a warm iron.”).  That adds up to regal in my book.

Art Institute of Chicago collection https://www.artic.edu/artists/36792/bertha-stenge (I was puzzled by the name of one of these quilts, Toby Lil;  then I read that it represents English crockery known as “Toby” jugs and was named for or given to a friend, Lillian.)