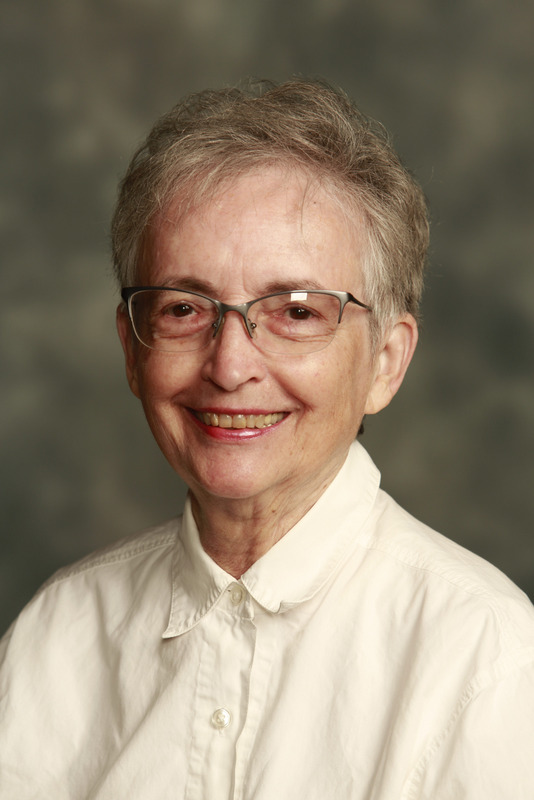 Did you enjoy the 2020 Virtual Celebration? I sure did!  While nothing takes the place of seeing quilts “in the cloth” and getting together in person with quilting friends, it was still a fun experience.  Maybe you bought something in the vendor mall or bid on an auction item—thanks for your support of The Quilters Hall of Fame. I’ve put some links to quilters featured during the Virtual Celebration 2020 below.

Usually I write about persons who have been inducted as Honorees of the Hall of Fame, but today I’m going to tell you about one person who’s behind it all.  We wouldn’t have The Quilters Hall of Fame or Celebration without her, but since she’s not an Honoree, you may not know her.

Hazel Carter is the Founder of the Quilters Hall of Fame; she began honoring inductees at the 1979 Continental Quilting Congress (which she had also founded).  When asked in an interview what aspect of her research or contribution to textile studies satisfied her the most, she replied, “I saw The Quilters Hall of Fame officially opened to the public in July 2004. Our book on Honorees (was) published at the same time.”  Here’s a photo of the 2011 printing of the book:

This is a beautiful coffee-table book and a font of information about the Museum and Honorees, and it’s still available for purchase on the Hall of Fame website (link below).  Hazel has every right to be proud.

Hazel Carter is still an Honorary Board member of TQHF, and will always be closely connected with the Museum (we hope), but she’s got her own story to tell too.

Back in 1972, Hazel ran across and article about the renowned 1708 Levens Hall bed furnishings, and she began her serious study of quilt history.  She went to England to view the ensemble in person and in 1985 wrote her own article about them in Lady’s Circle Patchwork Quilts. Here’s a photo of what started it all for Hazel; you can see why she was interested—think about those fabrics being available when the US was still colonial!

Hazel went on to write numerous articles, for the popular quilting magazines of her day, for her professional appraisal colleagues, and for the American Quilt Study Group.  Here’s a partial list of her publications:

And that list doesn’t include the numerous articles she’s written for the Quilters Hall of Fame Newsletter. Or the many exhibits she has curated at the Marion IN Public Library in conjunction with Hall of Fame Celebrations.

Her interest in quilt history also inspired Hazel to organize one of the earliest series of international quilt tours, with tours to England, Ireland, Scotland and Wales in 1981 and 1985 and to New Zealand, Australia, and Hawaii in 1986. These days, we think nothing of retreats, quilting cruises, shopping trips to London for quilts, but it was all new back then, and Hazel was in the forefront of organizing the fun.

Hazel is a quilter herself. She was born in Iowa and she credits her mother, Grace McDowell, and her grandmother, Elsie McVey, with starting her off in quilting as a child. Here’s one of her quilts which is featured in the Hall of Fame book.

In addition to being a quilt history devotee, Hazel has been an appraiser of quilted textiles. Since you need to be able to determine the age of a quilt to know its value, she and her quilting buddy, Bunnie Jordan, organized the Fabric Dating Club, an informal research and study group that has been meeting in Virginia since 1995. And, as if three groups weren’t enough for any one woman to start up, Hazel also began Quilters Unlimited which now has 11 chapters of active quilters in the northern Virginia area. Phew! What a remarkable woman!

You would think that the Hall of Fame would have many Carter artifacts in its Collection, but I couldn’t find much.  And the reason for that may be because Hazel seems to be giving things away.  I don’t think a year goes by when there isn’t some Hazel Carter donation made for the Celebration auction.  And some years, she buys items from other Honorees and gifts them back to Collections; we’ve gotten Sally Garoutte silk screen prints and Mary Schafer quilt blocks from the Joyce Gross collection that way.  Thanks, Hazel.  These and your other contributions to The Quilters Hall of Fame have been many.

Next week, I’ll get back to my rotation of Honorees, but I hope that whenever you think about The Quilters Hall of Fame, you remember and cherish Hazel Carter.