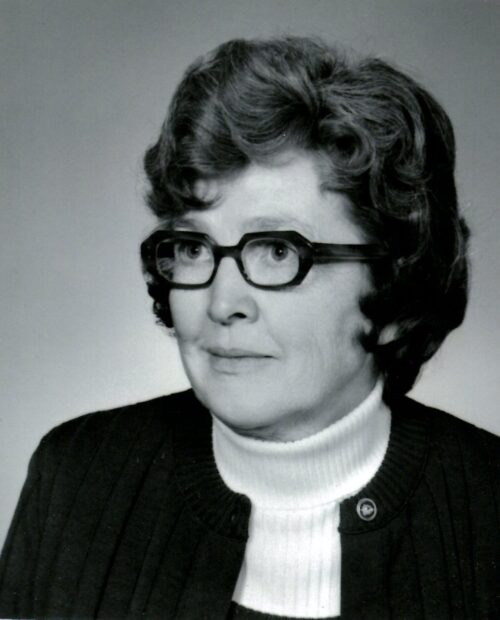 In addition to writing this blog, I am also a member of the Quilters Hall of Fame Collections Committee.  At our annual meeting a few weeks ago, something came up that started me thinking about quilt collecting.

The Collections Committee reviews potential donations and recommends to the Board which items to add to our Permanent or Education Collections. We try to preserve items that will give meaning to the legacy of our Honorees. We have practically no budget for acquisitions, so we rely heavily on donations. One of the items offered this year was from Honoree Donna Wilder’s collection; it had been selected by another Honoree, Georgia Bonesteel, as one of The Twentieth Century’s Best Quilts, Judges Choice.  So, we had a dilemma: accept it for the Wilder collection or for the Bonesteel collection. In the end, we decided that the selection by Bonesteel, along with her explanation of why she thought the quilt was significant, said more about her than we knew about Wilder from her “mere” ownership. Tough choice! And I’ve been ruminating about it ever since, which brings me to write about collecting and Mary Barton.

One very nice thing about the COVID-19 closures is that, since we can’t see collections in person, many museums and individuals have been sharing their quilts online. And that has given me a little glimpse into some things I didn’t know about my friends and acquaintances; what they collect often says something about them. Most of us know that Ken Burns has a quilt collection, and we understand that it reflects his love of history. Some of us may know people who have family quilts and their collections reflect personal memories. Recently several friends have been participating in the Facebook “Post a quilt for 10 days” challenge, and I can almost always tell whose collection is up by the style they choose. Clearly, our collections say a lot about who we are.

I have a number of vintage and antique quilt tops, most of which I acquired from eBay.  It was back in those heady days of dial-up internet connections when the challenge of a putting in a last-minute bid was as exciting as the item itself.  I tried to obtain a fair representation of block patterns, and when I had most of the common ones, I moved on to looking for interesting variations of the old favorites.  Here are some of the star tops I got when I thought I might take my show on the road to give lectures at quilt guilds. (That third one, the Lone Star, is made from ribbons from 1930s Livestock Show.)

But did that make me a collector or just a diversified shopper?  When I compare myself with Mary Barton, I know I’ll never be a serious collector (and that’s okay). But hat’s off to Mary, and I’ll tell you why.

Have you heard the old saying, “When you have three of something, you have a collection”?  Mary had a collection of quilts; she had three times three, times three times three, and more. Between 1987 and 2001, Mary Barton of Ames, Iowa, donated more than 1,500 items, including over 100 quilts, to the State Historical Society of Iowa. Barton also donated quilts from her collection to the Living History Farms, Simpson College, and the Farm House Museum at Iowa State University. Most, if not all of these quilts are related to the State of Iowa: either made there, collected there, or owned by someone who locates there. Mary didn’t want the Iowa quilts leaving home, and her purchases were driven by her affection for her home state. You can see some of the quilts Mary collected at the links below.

Mary didn’t just collect quilts, and her collection shows her to have been a serious researcher.  She was a pioneer in fabric dating and determining the age of a quilt by the fabrics it contained. Her collections also included 30 shoe-boxes of annotated fabric samples and 15 notebooks of quilt blocks and fabric swatches.  She also assembled a fashion collection; there’s a link below if you really want to take a side trip.  But maybe it’s not so much of a side trip since Mary used her fashion records in quilt dating. Here’s a photo of her doing a comparison of the fabric in an old quilt, a dress and a costume illustration.

Mary’s research career began when, as a member of the Faculty Woman’s Club, she became involved in 1968 with a group called the Heritage Division. Mary did her own study and gave the group a program on quilts and quilt history that included a play, Aunt Mary’s Quilting Party, actually performed around a quilt frame. From there, she went on to design and make her Heritage Quilt which depicts the settling of pioneer America, and specifically of central Iowa. The 100 x 102 inch quilt was completed in 1976 and won first place at the Iowa State Fair that year. The quilt also received honorable mention at the National Bicentennial Quilt Contest held in Warren, Michigan in 1976 and was later selected as one of America’s 100 Best Quilts of the 20th Century. I love the pioneer women walking West with their little quilt blocks!

This wasn’t the only quilt Mary made. She loved the old patterns and made an indigo Storm at Sea, a blue Churn Dash with red sashing, a Tree Everlasting with chrome on indigo fabric, and a sampler of Hawaiian applique designs. The Quilters Hall of Fame has the patterns for “Hawaii Remembered” along with a hand-written note from Mary explaining how she and her husband loved the flowers they saw when they visited that State. There’s a link below, and it includes shots of all the pattern pieces as well as photos of the Hawaiian quilt and the others mentioned.

Mary was always generous with her research results. In 1983, she created an early “Study Center” at the Heirloom to Heirloom Quilters Conference held in Ames, Iowa to share her collections. In the “paper” room were rows of three ring binders containing quilt-related periodicals from the 1920s and earlier, patterns, research material and personal notes. In the “textile room,” Mary shared dozens of antique quilts and tops along with her shoe-boxes of fabric swatches. Here are a few photos of the scene:

Another thing makes Mary Barton beloved among quilt historians: she collected old blocks and mounted them on panels for study purposes. She used them to show pattern and fabric choices, and how use affects fabrics. Mary explained, “One reason for the panels — I started with one and organized more as the collection grew — for the researcher they would be more meaningful than just a pile of blocks. Also, if they were mounted they would not be used for small projects and lost for historical reference.”

Here are just a few of the 111 panels in her collection.

I wish I could see this one in person. I have a feeling that some of the colors might be more purple than they look online. Oh heck; I wish I could see all of these panels, including the next one which looks almost good enough to be a banner or wall quilt.

(If you want to know what the blocks are, they’re listed below.)

So, after having read about Mary Barton and her collections, what do you think of your own collection? What does it say about you? If you are a collector or want to become one, I hope you give some thought to what and why you are collecting, and what you will do with your treasures. I think that’s the lesson from Mary Barton: she collected to preserve Iowa heritage and to learn about quilt history, not just to add to her acquisitions, so that’s what made her more than just a shopper like me. And of course, that’s what makes her a Hall of Fame Honoree.

1 Comment on “I’m Just a Shopper, but Mary Barton? Well, She Was a Collector!”